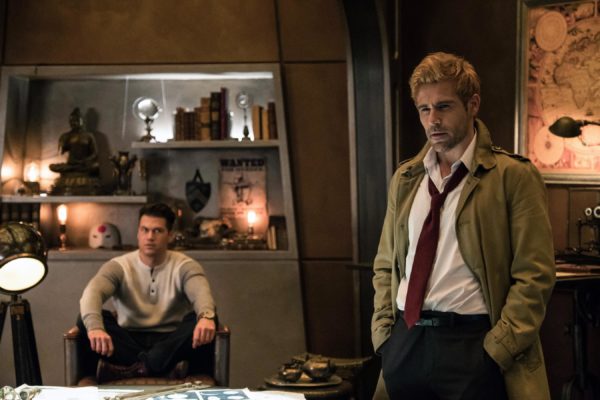 Legends is back! (I can’t believe how excited I am about that…) We left off running into Mr. John Constantine, and we see how he came into the fold with a nice prologue of Constantine in action, doing what he does best.

So, let me see if I can break this down: We know the “big bad” Rip was worried about is a demon named Mollus; well, he’s got his mits into Sara, and apparently, John’s latest exorcism project, Nora Darhk. So, he’s shown up to help his old pal Sara out of her jam. But, they need to also help Nora at the same time. Half the crew ventures to present day Star City to help young Nora, but Mollus has other plans; since it’s Legends, he send them through a temporal time warp back to the 60’s. And what fun is had as they try to get back; Snart gets grabbed up by the Asylum workers since he says he’s from the future as John and Sara get real cozy and right before they get to the deed, Sara has the line of the show “Are we really this damaged?” followed by John responding “Yeah”. Awesome moment. 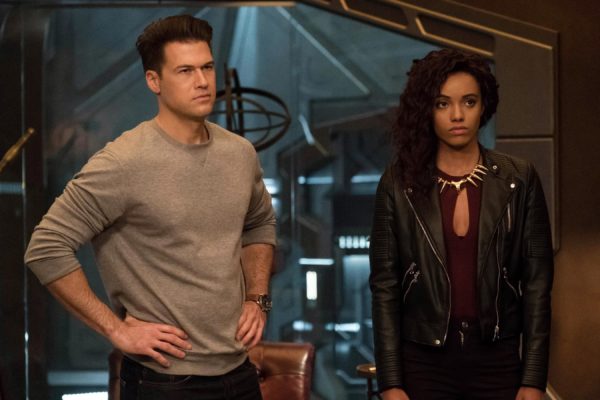 Subplot shows Kuasa back after Vixen but finally they give us some details and the background on their family history and I finally understand it for the first time. Nate gets involved as well and it looks like by the end, they are willing to work with Kuasa to try and figure out the future of the family as Amaya finally makes peace with her. It’s the beginning of a new storyline and it has given me the most hope for this one so far.

Again, Rory is used perfectly; he just wants to watch a live football game and he’ll do whatever he has to do to get this done; The scene at the end with Damien showing up and manipulating and sticking his poor daughter back into her asylum is pretty heartwrenching and it looks to figure Darhk will be heavily involve in the continuing storylines for the rest of the season; but again, he’s best used in spurts. I’m also left with a very positive feeling about Constantine; and while I don’t see him getting his show back anytime soon, it feels a bit of shame he wasn’t given a fair shot at this.