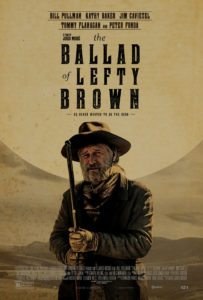 A coming-of-age Western for a 65-year-old man. 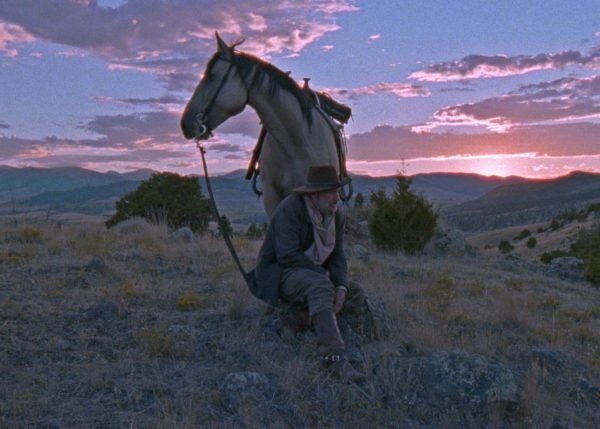 A24 continues to be full of surprises, as there isn’t any other well-known distributor that would scoop up a full-blown Western that feels as if it was a restored feature from the 60s (unless it’s from Quentin Tarantino or another high-profile filmmaker). From frontier vistas captured seemingly with natural lighting, dirty production design, horses galloping, old-timey pistol gunfire, and a tried-and-true typical tale of vengeance, writer and director Jared Moshe’s (who has also dabbled in lower-budget Western dramas before) The Ballad of Lefty Brown is an anomaly for the current landscape of cinema. It may not reinvent the wheel of the classic genre, but the execution is solid enough to warrant the film’s placement beside similar works of its heyday that it’s inspired by, but it does utilize Bill Pullman’s manly qualities to good effect as a gruff, Southern twang speaking, bodyguard/close friend on a path of justice and worth fulfillment.

The murder of Lefty’s longtime companion, Peter Fonda’s Edward Johnson (soon to be the first ever Senator of Montana, packing his belongings for Washington DC and prepared to entrust Lefty with the duties of watching over his cherished ranch at the behest of his wife), comes suddenly as the pair are rounding up escaped horses out in the fields (more absolutely striking photography from David McFarland). Bullets randomly start flying quickly leaving Edward lifelessly tumbling off his horse with smattered brains. 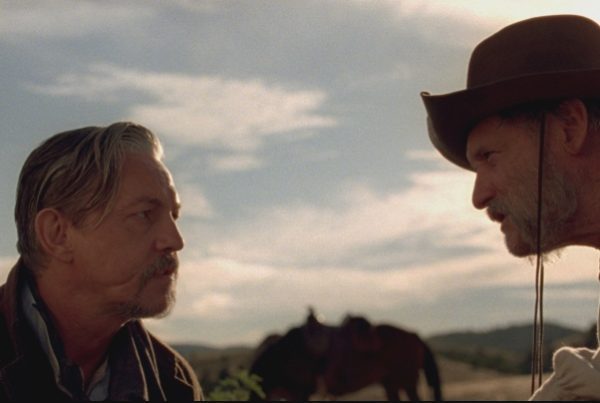 Of course, this results in some mystery as to why a bandit along with his small gang of hooligans wanted Edward dead, which is an aspect where The Ballad of Lefty Brown manages to create some well-respected intrigue. It’s evident early on in the film that the Senator-to-be likes to toe the line between lawful procedure and old-fashioned justice (meaning that he may not be well-liked in some areas of town), but the nature of his impending occupation could have made him some additional enemies. To make matters more complex for the city’s inhabitants, Edward’s wife Laura (Kathy Baker) insists that Lefty is responsible and isn’t afraid to spin the popular opinion in her favor.

During his travels, Lefty comes across a traveling adventure teenager named Jeremiah (Diego Josef) fascinated by mythological or often exaggerated tales of the Wild West, determined to become revered and feared just like his idols. Coincidentally, he appears to know a number of stories involving Lefty, Edward, and their two other good friends, all of which who once rode together as outlaws and now have settled down with more admirable lifestyles. Obviously, the exception to the rule is Lefty; not only does his future hang on his ability to find Edward’s true killer, but so does perception of him from both public opinion and his closest peers. It certainly adds some urgency to the proceedings. 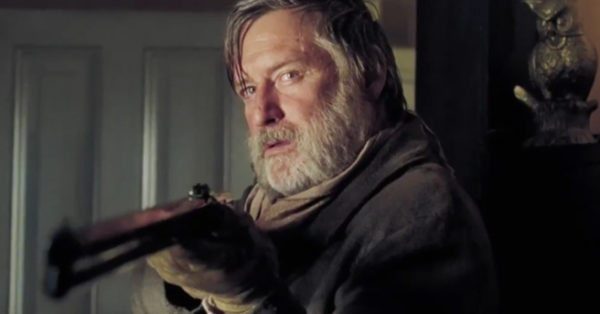 Much of what does work in The Ballad of Lefty Brown is due to Bill Pullman’s performance; he is able to work with some fairly routine material and elevate it into a worthy character study about a man trying to live up to the stories about him people recite to others with glee. It also helps that the action is beautifully bloody with plenty of shootouts to revel in. However, there are also many quiet moments for the various characters to interact with one another as the film elaborates on its presented themes.

With that said, The Ballad of Lefty Brown doesn’t necessarily leave a lasting impression or operate as high drama. It’s more of a movie that people will be happy to see is actually a thing rather than a must-see experience. Obviously, this is Lefty’s ballad but it would have probably serviced the narrative better if more of the supporting characters were further fleshed out and had motives that don’t feel tired or boring. Regardless, it has a strong showing from Bill Pullman, making a statement that in his old age he still makes a fine leading star.