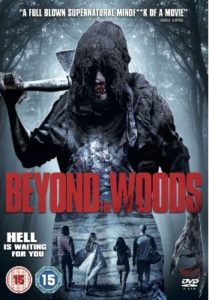 Seven people stay in a secluded holiday cottage near where a sinkhole has opened up, unleashing evil forces into the area. 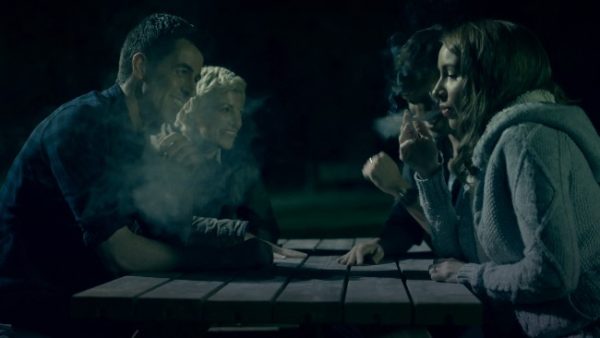 The first full-length feature for writer/director Sean Breathnach, Beyond the Woods is a low-budget independent horror movie that wears its influences quite proudly upon its sleeve. The title alone should give you an inkling as to where the film is set and the synopsis is a fairly well-trodden path to the kind of supernatural delights that the likes of Sam Raimi and Eli Roth would delight in making the most of, i.e. a small group of people trapped in a secluded cottage in the middle of the woods with some sort of impending doom about to befall them. Yes, Beyond the Woods touches on all of those familiar tropes and spends a great deal of time setting up said impending doom which, depending on your tolerance for stereotypes and wooden line delivery, could be a great or not so great way of spending 82 minutes.

Most of the first act is spent setting up the characters – three couples and one single male friend who has recently split from his girlfriend – as they meet up at the holiday cottage and immediately a lot of exposition is given as everybody notices a foul smell in the air and Jason (Sean McGillicuddy) informs all that a sinkhole has opened up a couple of miles away and the smell is burning sulphur, which is handy as it means everybody is best to stay in the house and not expose themselves to the stench. Unfortunately, Ray (Mark Lawrence) is a workaholic and addicted to his phone so in order to get a reception he has to wander off into the dark garden, much to the annoyance of his wife Lucy (Irene Kelleher), and so begins the meat of the story as already fragile relationships begin to deteriorate even quicker in the close surroundings of the cottage, people’s motivations become more sinister and to top it all off, an ancient evil force escapes from the sinkhole and stalks our holidaying septet. If it’s not one thing, it’s another… 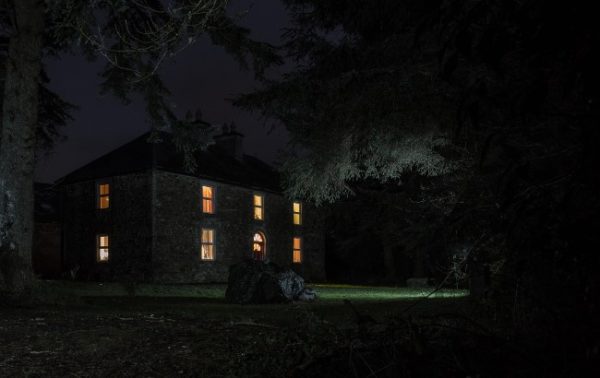 With budget being extremely limited and most of the more interesting stuff happening in the final act we spend quite a bit of time with the seven main characters mooching around, getting drunk and trying to act natural and this is where Beyond the Woods is the most testing as they are a pretty unpleasant bunch to spend so much time with. Jason and his other half Marissa (Ruth Hayes) are the friendliest and most pleasant characters with no apparent skeletons in their collective closet for anyone to manipulate but Ray and Lucy are that constantly arguing couple who make social situations embarrassing – and they do here – and Shane (Ross Mac Mahon) and Emma (Claire J. Loy) start off as the most fun couple but their dark secret soon leads them to become very unpopular, with Marissa and with the audience. Gooseberry Ger (John Ryan Howard) is the oddball of the bunch, very quiet and sensitive, only really there because he was asked and not really a strong addition to the group. All this would be fine as each of the characters seems to have potential backstories to flesh them out but with the direction fairly minimal and the acting stilted to the point of being awkward in some cases Beyond the Woods quickly gets frustrating as it clearly wants to get somewhere with its plot but tries too hard to build characters that are more annoying than they are sympathetic. The only saving grace to any of this is Ruth Hayes, who puts in a strong performance as Marissa by making her a character you want to follow as she acts as the eyes of the audience, seeing what the other characters don’t.

The final act is where things ramp up a bit and we do get a few kills but the film is quite dark – which is a good way to hide cheap special effects – and, one decent decapitation aside, most of the gore and demon effects that you do see really aren’t that great. After spending so long building up the finale the film also seems to want to rush the ending, killing off several characters in quick succession after setting up a few supernatural scares that don’t really go anywhere, and you get the feeling that there were some good ideas here that were possibly left on the cutting room floor in favour of quick and easy shocks. 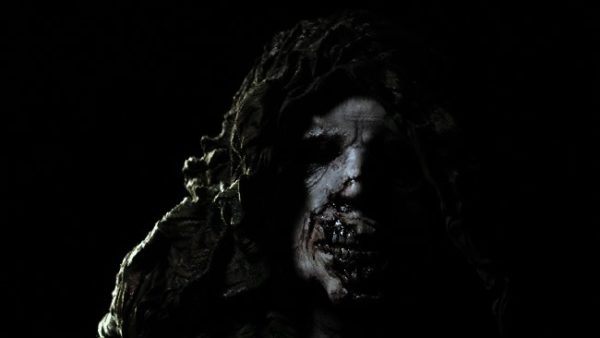 And that sort of sums up Beyond the Woods really – some promising, if unoriginal, ideas that are rushed to little or no effect and a cast of characters that are begging to be slaughtered in ways that the low-budget just does not allow. It would be interesting to see what Sean Breathnach could do with a bigger budget and actors that don’t mumble as he obviously has ideas he wants to get across but interpreting them in the way that Beyond the Woods does just does not make for either a fun or a harrowing horror movie experience, just a tedious one.