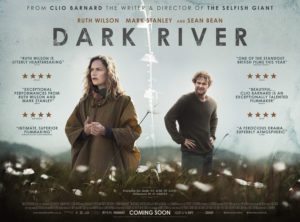 After the death of their father, two siblings engage in a power struggle for control of the dilapidated farm their parent left behind. 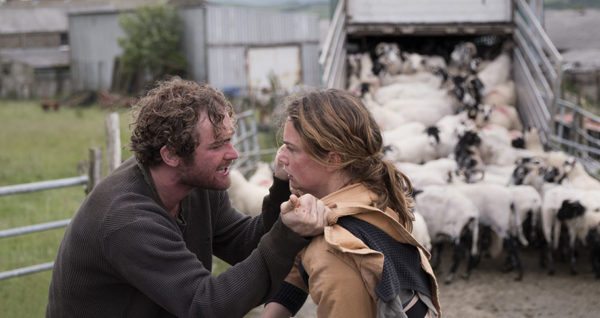 The first two features from Yorkshire-born filmmaker Clio Barnard marked her out as a real talent to watch in British cinema. Experimental documentary The Arbor and kitchen sink drama The Selfish Giant both made an impact, with the latter especially boasting an impactful emotional punch. Her latest movie, Dark River stays true to her rural English roots, with the tale of two siblings struggling over the ownership of a farm previously run by their father. That might sound like an Emmerdale B-plot, but it’s the starting point for a potent work of purely emotional filmmaking.

Ruth Wilson plays Alice, who has returned to the secluded farm where she once lived after 15 years away from home. Her father (Sean Bean) has recently passed away and it has fallen to Alice’s brother Joe (Mark Stanley) to manage the land, which has fallen into disrepair. Alice applies to take up the full-time tenancy and turn the farm around, but this creates friction between the siblings as old grudges and traumas from their past are brought to the surface again.

It’s fair to say that Dark River isn’t a movie for the Michael Bay crowd. Much of the film’s first 20 minutes consists of Ruth Wilson wandering around the farm, while PJ Harvey’s goosebump-inducing, haunting take on folk song ‘An Acre of Land’ rings out on the soundtrack. It’s an atmospheric opening, redolent of the isolation and emptiness of the British countryside. This is one of many tonal choices it shares with Francis Lee’s searing romance God’s Own Country, which similarly shows a young and unequipped character thrust into control of a complex farming infrastructure. 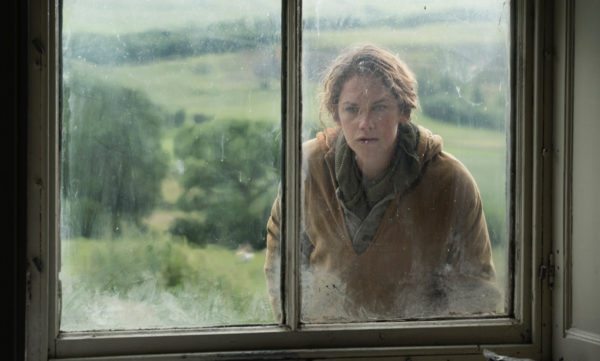 Wilson’s taciturn performance is perfect for the role she is asked to perform, as a character who’s conflicted about her return home. On the one hand, she engages with her roots, while the other side of the coin is the dark memories and visions that are provoked by her past, realised by a subtly unsettling Sean Bean. It’s as she comes to terms with her surroundings that Mark Stanley comes stumbling into the film as the epitome of masculine entitlement. He’s frazzled by his grief and has let the farm fall apart, but still feels it’s his birthright to inherit the land.

The relationship between the siblings is fascinating, with the weight of 15 years apart sitting heavily on both of their shoulders. Alice has internalised her trauma, while Joe wears it all over his face, and that makes it impossible for them to co-exist. Their relationship has been poisoned and fractured by the events that occurred, which are so huge and horrible that neither of them feels they can talk about what happened. It has inflicted a fatal wound on their sibling bond and Barnard plays that smartly, with her flashbacks making the events clear while maintaining the defiantly non-explicit feel of a half-remembered nightmare.

Dark River is light on plot, but it has atmosphere in spades, enhanced by sound design that accentuates the rush of the wind and the constant trickle of the eponymous waterway. That title is handed a double meaning by the constant torrent of trauma that runs through the hearts of both protagonists with the unstoppable forward momentum of a cascading current.

It’s that level of exquisite poetry that elevates the movie and lifts Barnard into the world in which she belongs – that of Ken Loach, Shane Meadows and Edgar Wright – the absolute best of British.