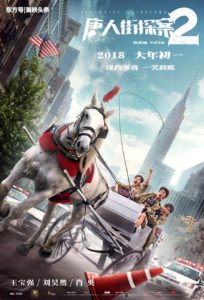 When the case of New York Chinatown godfather Uncle Qi’s missing son turns into a murder investigation, the detective duo Tang and Qin team up again to hunt down the killer—this time with some help from the International Detective Alliance. 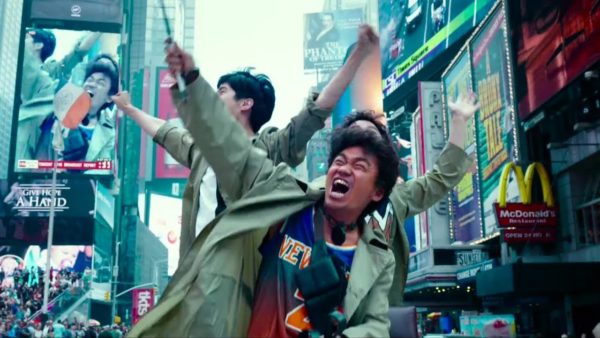 Full disclosure: I did not see 2015’s Detective Chinatown, but after having seen Detective Chinatown 2 (written and directed by a returning Chen Sicheng) my main takeaway is that a Chinese Kevin Hart exists and his name is Wang Baoqiang, here playing a hyperactive, sex hound, money-obsessed detective named Ren Tang. He serves as the obnoxious uncle to his partner in duty, the much more case focused and mannered Feng Qin (Liu Haoran) who spends his free time playing a virtual reality crime-solving app that is so exclusive you need to answer all 99 questions correctly on a test before receiving access (which doesn’t make a lick of sense in the age of the Internet where all the solutions can be cheesed, or in a silly world where attractive blue-haired computer hackers can combine random body accessories together such as wristwatches and more to build an Internet connection while locked away in a prison cell).

If you’re not lost or confused already, well, that’s nothing. Following in the footsteps of many American sequels, the filmmakers behind Detective Chinatown 2 have opted to go the route of bigger and bolder by sending the duo over from Beijing to New York City (and it’s impossible to forget the location considering the one licensed song in the film gets repeatedly played, welcoming everyone to the city with its lyrics) and giving them 7 days to solve the ritualistic murder of a Chinatown godfather’s son who has that same amount of time to outlive cancer. There’s also a hefty financial reward which brings in international detectives ranging from all types of caricatured idiosyncratic types including a jacked-up meathead, British children, sassy kung-fu equipped black women, and hackers. It’s also worth noting that it functions fine as a standalone film; they are passing references to a previous woman that Feng must have stalked into oblivion during the first film (this actually leads to a nice treat for fans during the ending credits), but no important details seem to have carried over from the initial journey. 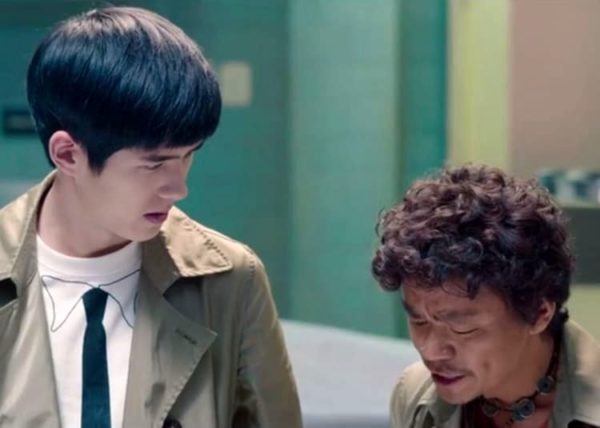 Basically, the actual mystery portion of Detective Chinatown 2 isn’t terribly bad; it’s beyond predictable as far as who the serial killer is (the only thing the killings have in common are seemingly randomized removed organs from the deceased body), but is completely unafraid to get batshit weird with ancient Chinese evil arts. The motive is entirely generic and the payoff to our heroes catching the culprit is laughably stupid, but the meditation transitioning to busy CGI skimming all over New York City as Qin works out some of the evidence for a new lead is flashy fun in its cheapness. Also, the tone of the film is assuredly all over the place, but at least it does attempt to make a point about revenge by the end of its 2+ hour running time.

What drags Detective Chinatown 2 into the dumps (and I wouldn’t be surprised if this frustration persisted in the first entry) is its affection for lowbrow comedy. It’s understandable if the script occasionally wants to play Feng’s lack of female charm/sexual perversion up for laughs, but there is no break from it. It’s nonstop quickly becoming aggravating, but it’s also not just him; the humor contains such sequences as the protagonists infiltrating a hospital and disguising themselves as female nurses… the cringe is massive. Every once in a while a gag that is halfway decent will come along (a certain scene combines different mascot costumes and some brawling to make for a nice effect of action and comedy), but not too far behind will be something far too down the road of outplayed stereotypes (a group of African-American students learning Chinese pulling out firearms in synchronization when a confrontation arises). 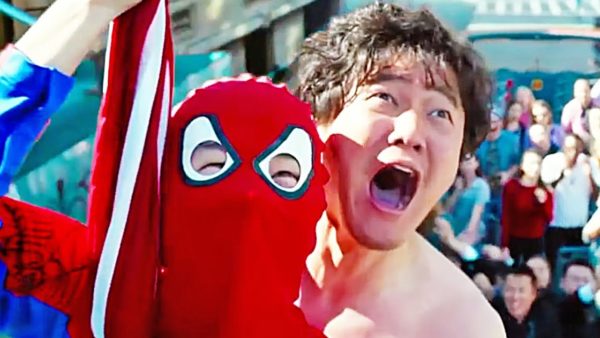 Honestly, it’s kind of baffling that Detective Chinatown 2 actually exists as a franchise expanding itself into US territory (the film is set for release in a few downtown Chicago theaters to coincide with the Chinese release date, which also happens to be the Chinese New Year) both because of the go for broke wackiness of it all and the fact that different areas of New York City must’ve been entirely shut down to see some of the more elaborate sequences. For whatever reason, it also loves to switch between Chinese and English dialogue, sometimes even when everyone in the room speaks Chinese. Michael Pitt also makes a special guest cameo appearance, except his line delivery is so forced and awkward it feels as if he doesn’t even want to be there, and truthfully, I can’t blame him.With that said, Detective Chinatown 2 could very well find a small audience among those that enjoy slapstick and/or offensively crude comedy. Still, it takes a lot of patience to sit through the antics of Tang.