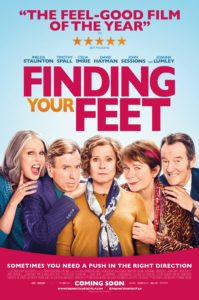 Sandra’s upper middle class world falls apart when she discovers her husband has been having an affair with her best friend.  With nowhere else to go, she turns up at her estranged sister’s, who lives in a run-down council estate.  But it’s here that she learns to start over again and re-discover some of the joy in life. 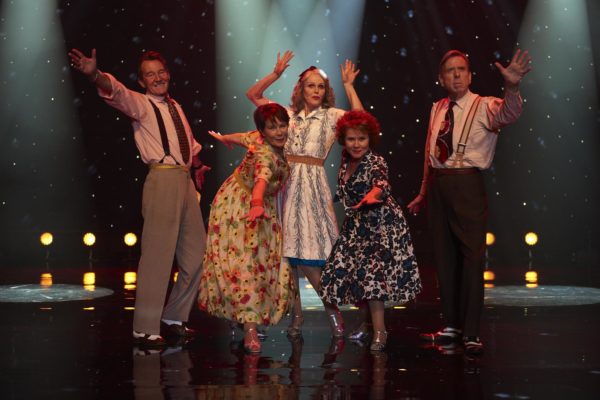 Somebody save us from grey market movies!  Films so blatantly targeted at older people they completely disregard that anybody over 50 just wants to see a good movie – and what they don’t want is to be patronised.  If Finding Your Feet is anything to go by, we’re a long way from being saved.

Yet again, it’s a film with a high calibre cast.  Imelda Staunton is the affluent and snobby Sandra who discovers her husband of 30 years (John Sessions) has been having an affair with her best friend (Josie Lawrence).  So she goes to stay with estranged sister, Bif (Celia Imrie) but, inevitably, the two are like chalk and cheese.  Bif has little in the way of money but lots when it comes to a lust for life.  Fish out of water Sandra gradually  becomes more at ease with her sister’s friends, joining in with her weekly dance class – and finding some romance along the way with Charlie (Timothy Spall). 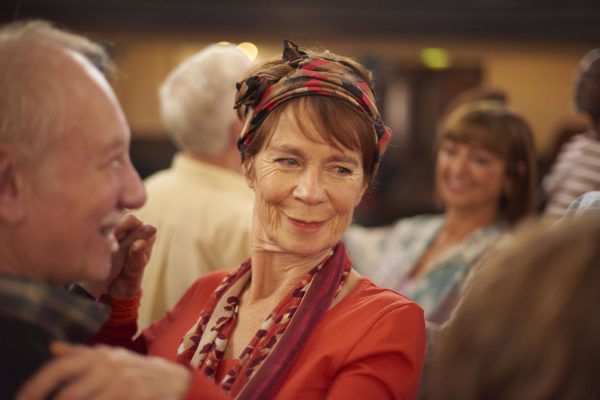 So how many clichés did you count?  There’s at least as many as there are familiar faces among the acting talent, which also include Joanna Lumley and David Hayman.  And it doesn’t take long for you to wonder why any of them agreed to be in it.  You even feel a twinge of sympathy as they do their utmost to breathe some life into the leaden script and almost non-existent humour.

Finding Your Feet doesn’t know what it wants to be, say or do and, because it does little more than faff around, it disappears down a big black hole.  Does it want to be a serious film?  One about some of the issues facing older people, such as illness and attitudes to death?  It tries: one character has a wife suffering from dementia in a residential home, another one discovers they have cancer.  But it cops out every time.  There’s a couple of scenes in the care home and the wife conveniently dies.  The cancer sufferer dies in their sleep – all very tidy and considerate – followed by a brief moment showing how upset other people are.  And that’s your lot. 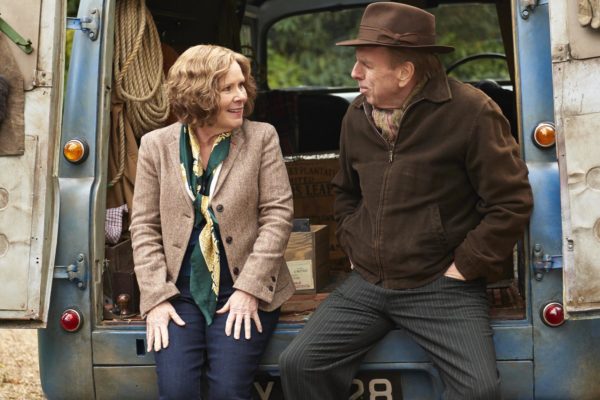 A feelgood movie, then?  A comedy, even?  There’s one line, delivered by Joanna Lumley, which is the best gag in the film. In truth, it’s only half decent but, compared to the other lame attempts at humour, it stands out.  Which tells you all you need to know. The scenes involving the members of the dance class strutting their stuff are reasonable fun, but it takes more than that to make something even approximating an inspiring, uplifting film.  And it doesn’t even make it past first base when it comes to being a comedy.

All of which makes it a nonentity – and, to make matters worse, it’s not an especially good film per se.  If it wasn’t for the efforts of the likes of Staunton, Spall and Imrie, there’d be little or nothing to recommend it.  They do all they can to inject some spirit into a screenplay packed with clichés: the one at the end is truly groan-worthy.  Imrie has potentially the most interesting character as the unconventional sister and she manages to add a bit of gusto to things, while Staunton and Spall are game, valiantly giving it their best shot.  But it’s all really beneath them.  And the audience it’s aimed at.

The film never gets close to finding its feet.  Instead, it staggers around until it falls flat on its face.  Not a pretty sight.