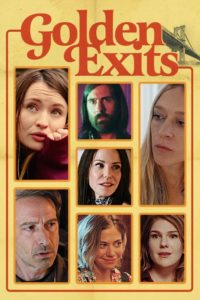 An intersectional narrative of two families in Brooklyn and the unraveling of unspoken unhappiness that occurs when a young foreign girl spending time abroad upsets the balance on both sides. 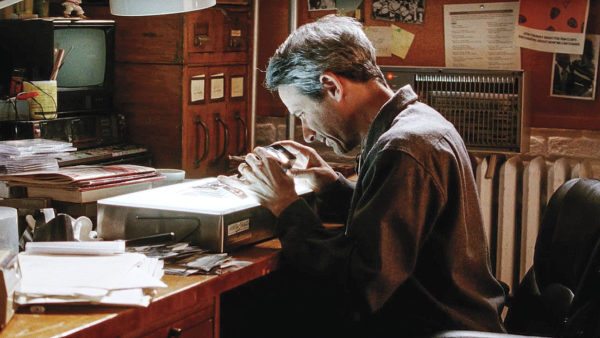 Subtlety is a gift often take for granted in cinema, but leaning too far into that territory can also be a death knell for a film, resulting in boredom as insufferable as the miserable characters populating the experience. Written and directed by Alex Ross Perry (Listen Up Phillip, Queen of Earth), Golden Exits is the filmmaker’s first misfire; the relationship drama isn’t necessarily different from his previous works as it still explores jealousy, judgmental projections, paranoia, and bitter personalities, but this time around there’s nothing connecting the audience in an emotional manner. It’s a 94-minute film that feels over two hours long for no other reason than everything going on fails to generate interest.

Golden Exits is centered on Emily Browning’s Australian assistant Emily who lands a solid gig overseas in Brooklyn, New York helping archive various materials (not documents) for Nick (Beastie Boys musician and occasional actor Adam Horovitz). It’s a profession Nick claims to enjoy (he appears despondent just like every other character in the movie) not because the legacy of his father is being preserved, but rather due to the routine nature of it all and the convenience that his office is within walking distance from his home. Nevertheless, as a married man who audiences quickly learn unfortunately made a bad habit of infidelity in the past, this sets off anxiety alarms for his wife Alyssa (Chloe Sevigny) conflicted on whether or not she should be nervous that her middle-aged husband is spending hours a day in the same room as a young and beautiful newly appointed secretary that has very little social reach living alone in Brooklyn after traveling halfway across the world. This palpable tension is further flared up by Gwen (Mary-Louise Parker), a cold and nasty judgmental woman who enjoys stirring the pot of toxicity; it’s a calculated and callous role that she revels in, easily providing the most engaging dialogue exchanges in the film. She is manipulative with an aura of malevolence, which would account for something if the narrative actually went somewhere instead of stagnating endlessly. Really, the same could be said for all of the other female actors present, as they desperately try to turn weak and pointless writing (by the way, it’s very frustrating having to write those words about a script written by Alex Ross Perry) into something, anything more than the philosophical ramblings of Perry filtered through his characters.

Furthermore, this is done with so much excess and upper-class Brooklynite snob mentality and pretentiousness that the characters quickly become far removed from anything identifiable to actual people. A film about women uncertain about whether or not a man will betray his spouse or not should be ripe with drama, but it’s not. Once you move past all of the subtle tension that is intoxicating to be around for roughly the first 30 minutes, the rest of the film becomes a chore. There is a subplot where Naomi starts catching up with an old friend from a previous visit to America that is now married, once again toying with the possibility of infidelity, which also goes nowhere. Similar to the dynamic between Nick and Alyssa, Buddy (Jason Schwartzman) has to deal with suspicion from his wife and her sister, which is fine but it’s all done without any sort of direct conflict. Essentially, the entire movie consists of characters talking about each other behind their backs where the only one with any semblance of a spine is Gwen, who is also far too self-centered and drama-addicted to be likable. 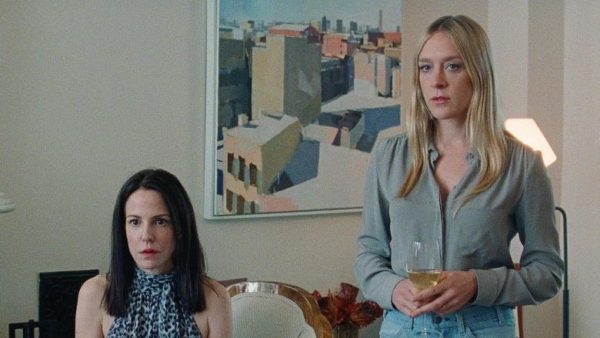 If there’s any merit to be found within Golden Exits, it is within the collective observation of how these sad individuals attend to infect Naomi with their own problems. The men aren’t exactly great people either, all of which toe the line on searching for a romantic link with Emily, sometimes pressured into pursuing her more aggressively (at a drunken bar time birthday celebration one character exclaims “Am I the only one that can still fuck a 20-year-old around here”), which certainly doesn’t help the moral struggles of the characters. With all that in mind, there’s something to be said about Emily Browning’s performance and how she reacts to all of the negativity, seemingly refusing to be beaten into submission. She doesn’t necessarily appear happy, but she pushes along and it’s an admirable sight to behold. Additionally, Emily Browning can sing beautifully.

None of that changes the fact that Golden Exits is the first major disappointment in the portfolio of Alex Ross Perry; he has overused his particular depressive style here to the point where a decent story is lost in translation. The strong ensemble cast is unable to do anything of interest with the script; it’s far too self-indulgent and offputting.