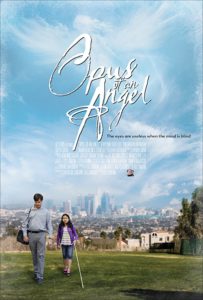 Tragedy strips a successful man (William McNamara) of his family. Exactly one year later he sets off on a final trip around Los Angeles and encounters Maria (Kaylynn Kubeldis). Lost, blind and in need of salvation he takes her under his wing as they journey across town. 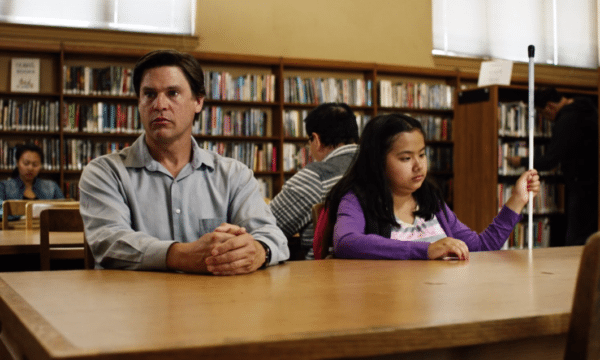 This film delicately explores chance encounters, serendipitous coincidence and divine intervention whilst instilling a preternatural calm. Character driven but emotionally detached Opus of an Angel employs hand held framing devices, close up moments of subtle symbolism and acts of stark violence for dramatic effect. Shot for the most part on location and employing a documentary approach it is consistently hypnotic and ultimately absorbing.

William McNamara and Kaylynn Kubeldis make for an odd couple on screen, but the combination of his sallow demeanor and her naturalistic optimism are crucial. Director and co-writer Ali Zamani plays with point of view, raises questions and challenges emotional reactions yet never deems to condescend. Morality sub-plots which would seem forced in another context slot into this real time docudrama effortlessly. Small pieces of plot, backstory and character are drip fed in between the more symbolic imagery making you work for a coherent structure. McNamara gives us a performance of measured intensity which feels deliberately one note, only growing in stature once Kubeldis draws more from him. 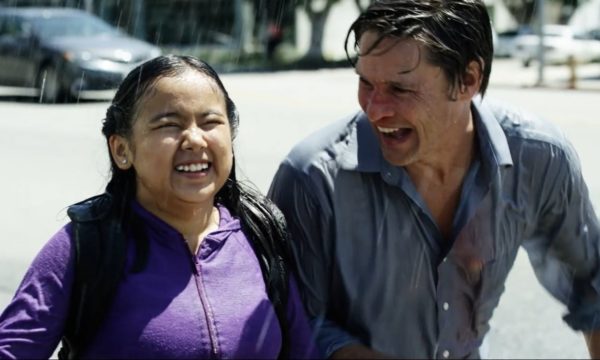 Her acting instincts bring a naturalism and innocence to Maria which goes hand in hand with the more theological themes Zamani touches on. Exposition is thin on the ground and dialogue is necessarily sparse as Opus of an Angel employs sound, images and concise editing to provide story. Being both a non-actor and blind Kubeldis brings a level of authenticity which Zamani requires and the film is richer for. Thematically he is able to go to places and ask questions which would be more difficult otherwise. Taking full advantage of those rough edges, lack of technique and childlike instincts in order to ground his film.

McNamara meanwhile provides the necessary dramatic counterbalance and guiding hand for the more difficult emotional scenes. In the main Zamani has created a thought provoking, non-linear film which challenges its audience immediately. Unfortunately fleeting moments of unnecessary spoon feeding towards the end distract, but on balance Opus of an Angel remains an important piece of work. Far from the mainstream but essential to catch on a limited release soon, it asks difficult questions and gives us life affirming conclusions without a hint of pretention.