Fathom Events has announced that it is set to release a digitally remastered version of 2004’s anime feature Yu-Gi-Oh! The Movie in U.S. theaters on Sunday March 11th and Monday March 12th. 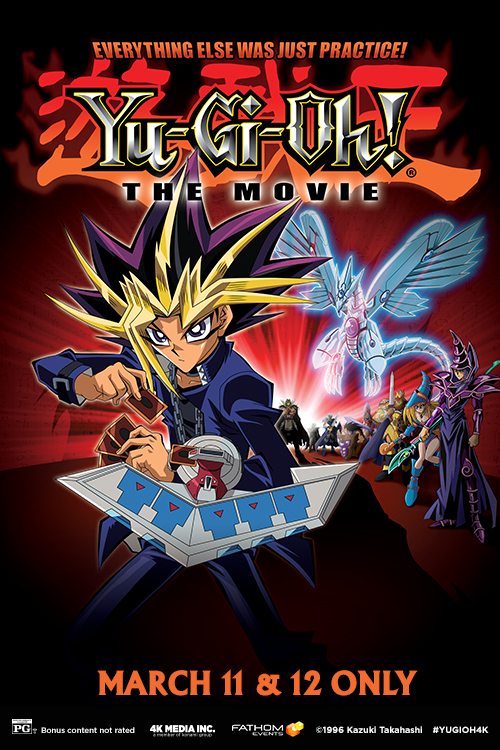 In Yu-Gi-Oh! The Movie, a heroic Yugi squares off against archrival Kaiba in an adventure even more dangerous when the imaginary monsters in their playing cards become ferociously real… and when an old evil enters the fray. Who will win this ultimate smackdown? Whether you’re a novice Duelist or a professional, you’ll want to watch and find out!

“Anime titles continue to draw passionate audiences to cinemas nationwide,” said Fathom Events VP of Programming Kymberli Frueh. “We are proud to partner for the first time with 4K Media to bring Yu-Gi-Oh! The Movie back to big screens across the country for a new era of fans to discover and enjoy.”

In addition to viewing the full-length anime feature, moviegoers will be treated to a sneak peek of the first episode of the sixth Yu-Gi-Oh! anime series Yu-Gi-Oh! VRAINS.

Tickets can be purchased online by visiting www.FathomEvents.com or at participating theater box offices.