Last week, Atari officially announced its upcoming video game console / entertainment system, the Atari VCS (formerly code-named the Ataribox), and now we have some new details on the machine direct from GDC 2018. 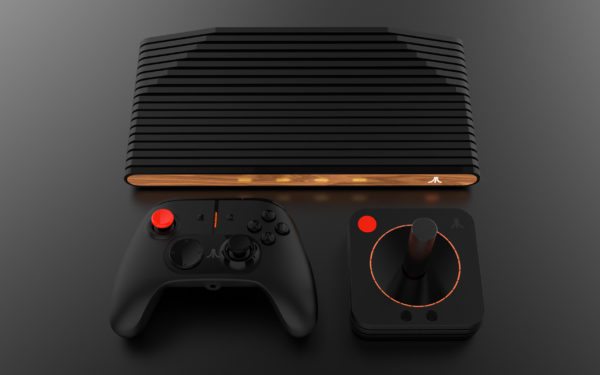 “The new Atari VCS is a video computer system and platform that lets users enjoy games and the best PC experience on their TV with more exciting online entertainment-driven features/benefits to be announced at a later date,” said Michael Arzt, COO of Atari Connected Devices. “The Atari VCS is a completely new Atari device designed for today’s living room that will include PC and online entertainment-driven features that distinguish it from these other products. Atari VCS will of course serve up lots of classic content. But it will do and play much more, and can complement other “retro-boxes” or “microconsoles” that consumers may already have in their homes.”

While the final hardware specs are still being finalised, Atari confirmed that the performance of the VCS will be comparable to a higher-end PC laptop, and comes with 4K HDR, a 60fps AMD x86 processor, onboard and expandable storage, 2.4/5.0 WiFi/Bluetooth 5.0 and USB 3.0.

The Atari VCS is literally a PC for your TV where the screen is your main interface. Atari VCS has x86 PC architecture with a proprietary Linux OS that will allow for a flexible content mix and give customers access to interact with the whole internet. This means more games, media and streaming content, as well as communication with other PCs and the
ability to fully customize the experience,” adds Arzt. “Atari VCS is expected to ship with a variety of game and entertainment content available. Classic IP from Atari’s portfolio of more than 200 games and franchises, and others, will be accessible, plus modern games (including reimagined classics), as well as streaming video, audio and other entertainment apps.”

Atari also notes that final pricing for the VCS is yet to be determined, and that any numbers out there are speculative. More details will be announced soon.