Following its world premiere at FrightFest, Nucleas Films has announced that Dominic Brunt’s outrageous horror satire Attack of the Adult Babies will be receiving a UK release this June on Blu-ray, DVD and Digital.

SEE ALSO: Read our review of Attack of the Adult Babies here 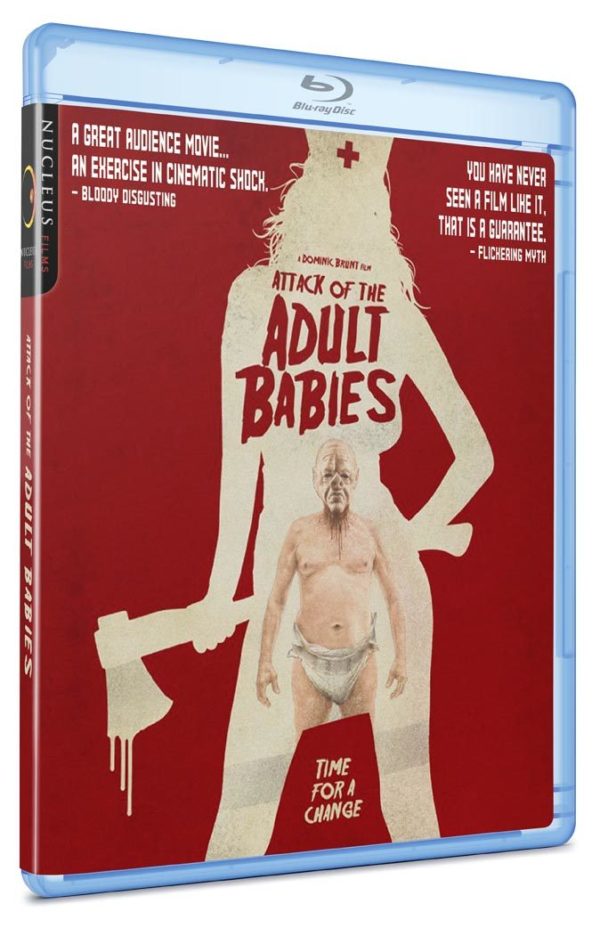 The aftermath of a shocking home invasion forces three frightened family members to break into a remote country manor and steal Top Secret documents. Little do they know the stately pile is also the clandestine venue where a group of high-powered elderly men go to take refuge from the stresses and strains of daily life by dressing up in nappies and having a bevy of beautiful nurses indulging their every perverse nursery whim. Nor do they realise this grotesque assembly is compelled to refuel the world’s economy by very sinister, sick and monstrous means.  As the bodily fluids hit the fan, the bloody carnage and freaky weirdness escalates.