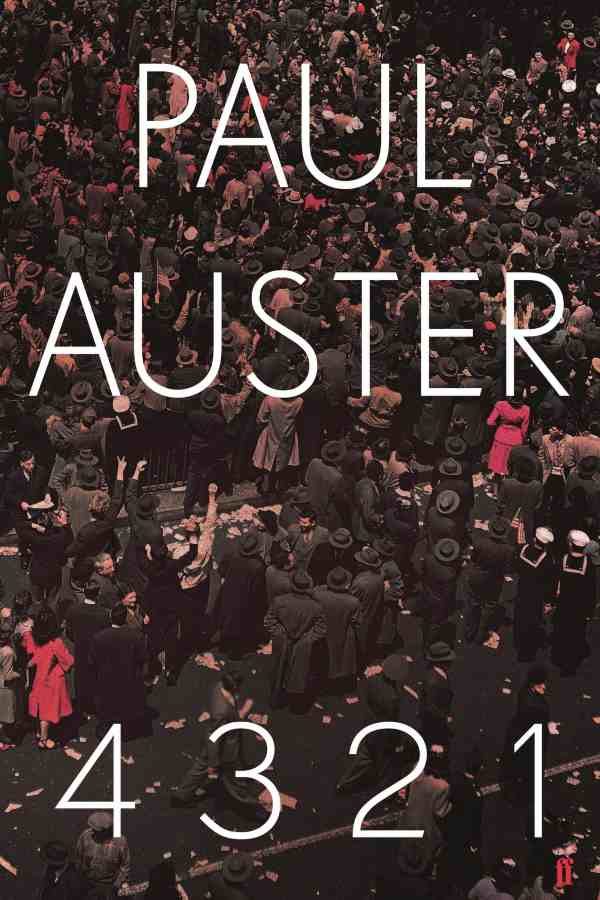 4 3 2 1 is a book about stories and writing, all told from one character’s perspective, that of Archie Ferguson. Although that isn’t strictly true, as there are four versions of Ferguson, each growing up slightly different from the others, in terms of their wealth and family situations. This is an ingenious way to tell a story, as this means not only is Ferguson in each of the four stories but also some of his friends and family also appear in each version of Ferguson’s life. This allows for different interactions with these characters including how important they are to Ferguson as well as when they appear in the stories.

In each version, Ferguson always starts with his Father and Mother being together. His Mother, Rose has in most cases her parents alive and a different relationship with her sister. Ferguson’s Father grew up as the youngest with two older brothers, his own father having died when he was a child and his mother died when Ferguson was very small. From Ferguson’s early years we see how Ferguson’s parents are affected by their own families and it is these early chapters that really shows the divergence in each Ferguson’s path. Although this also means that you have to keep four different stories going in your head, which can be confusing in the beginning.

Some of the chapters, even in the early part of the book, are really hard-hitting, with a large emotional impact not only on Ferguson but for the readers as well. I found that the narrator of each of Ferguson’s lives was felt really strongly at those points, as you are told that something bad is going to happen to a character early on in a chapter and then the rest of the chapter is spent reaching that point, which I found enthralling. Even when you knew something was coming, you didn’t know how or why it would happen, and it was with dread sometimes that I carried on reading, especially in some of the set pieces where you can only hope that the narrator was bluffing, as I didn’t want anything bad to happen to some of these characters.

As mentioned, this is a book about Ferguson’s lives, but it also impacts on some of the historical events happening as he grows up, mentioning political stories of the time and the rise of student activism over the events of the Vietnam war, which can also be seen in the naivety of the characters when it comes to race relations in America at that time. We also see the progression of Ferguson’s need to be a writer, in some he strives to be a reporter, in others a novelist, but in each he is always slightly removed from the action, as he watches what is happening around him, but isn’t always as engaged in the narrative as other characters he interacts with.

To sum up, Auster’s novel is profound in places, with a stunning ending which left me with a lot of thoughts on the construction of novels, but also on how you would exercise to be a better novelist. There is a great mix of the fictional and real-world events fitting together without feeling too heavy-handed. There are moments of true sadness and heartbreak, but also moments where you want to shake Ferguson, to wake him up from his own inward-looking attitudes. This is a story full of lives within lives, sacrifice and commitment, a book I would definitely read again, although maybe next time I would read each Ferguson’s story as a whole to see if that affected the structure or not.