25 years ago one of comics’ most celebrated creators, Mike Mignola, adapted to comics, along with Roy Thomas, the star-studded Columbia Pictures film by Francis Ford Coppola, Bram Stoker’s Dracula, and now IDW has announced that it is bringing this lost treasure back to print with a brand new edition. 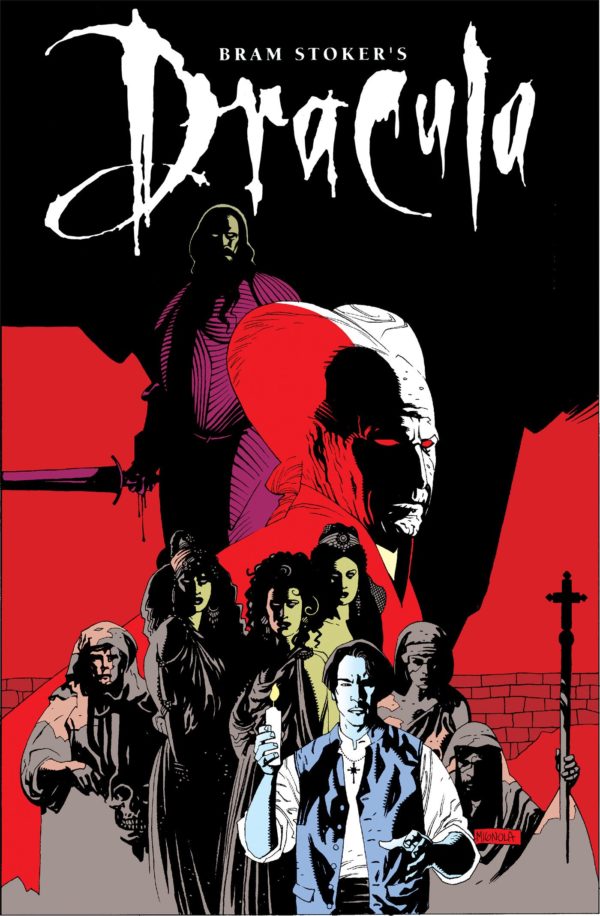 “I cannot tell you what a relief it is to have this book back in print,” said artist Mike Mignola. “People have been asking about this one for ages—More than any other book of mine—and I honestly didn’t think it was ever going to be possible to see an edition, but here it is. Thank you Scott Dunbier and IDW. No idea how you did it but very glad you did. I’m generally not a fan of my older work (pretty huge understatement there) but I think this one holds up. Despite the fact that I was doing a movie adaptation (which has its own unique set of problems) I think there is some nice drawing and storytelling in here. One of the very few older jobs I’m still pretty proud of.”

The 136 page hardcover collection features Mignola’s stunning black and white artwork, and showcases the master creators’ final work before launching Hellboy. Is is available for pre-order now ahead of its release later this year.