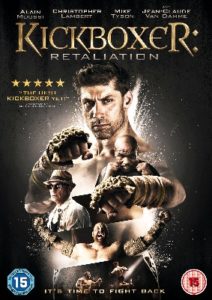 After the brutal defeat of Tong Po, kickboxer Kurt Sloane is kidnapped and forced to take on the hulking Mongkut in another fight to the death. 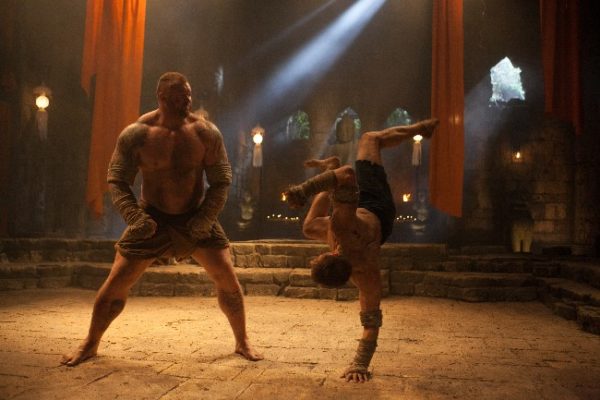 It doesn’t seem that long since Kickboxer: Vengeance hit our screens with all the impact of a slap with a wet fish rather than a close-fisted punch, mainly thanks to a messy script, dour tone and Alain Moussi, an actor with all the charisma of a potted plant and none of the presence. It did, however, feature an awesome Dave Bautista as villain Tong Po and original Kickboxer star Jean-Claude Van Damme now in the trainer’s role but it wasn’t enough to make the film anything other than a curiosity to fans of the 1989 original. However, it must have done something right somewhere as a sequel was rushed straight into production, featuring a returning Van Damme and Alain Moussi plus a few familiar faces to pump up the adrenaline factor but is it enough to make Kickboxer: Retaliation a more exciting experience?

Well, yes and no depending on how absurd you like your action movies and value entertainment over logic and plausibility. Not that a Kickboxer movie is supposed to reflect real life or be considered a serious drama but there are some eyeball-rolling moments to be had here, although when put into the context of the film as a whole nothing really seems that out of place. The plot, such as it is, sees Kickboxer: Vengeance hero Kurt Sloane (Moussi) basking in the glory of his defeat of the mighty Tong Po and working his way up the ranks of the MMA division until he is drugged and kidnapped by slimy fight promoter Thomas Moore (Christopher Lambert – Highlander). Looking for payback after the loss of Tong Po, Moore offers Sloane $2 million to go up against Mongkut (Hafþór Júlíus Björnsson – Game of Thrones), a huge beast of a man who has killed at least 20 opponents in the ring already, but with Sloane reluctant to have Mongkut tear him a new one he refuses Moore’s offer and is kept in a Thai prison and regularly beaten and attacked until Moore finds the right way to persuade him and the fight is on. 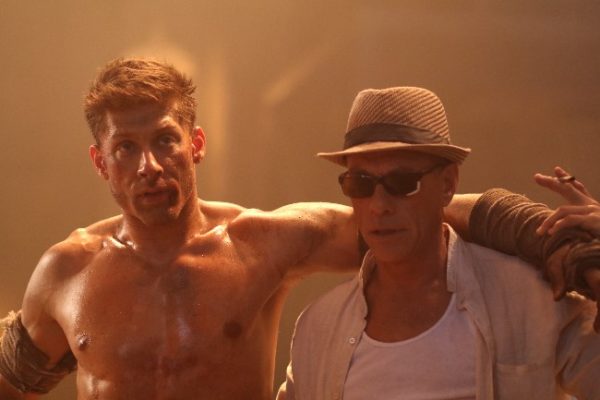 With an over-the-top plot more suited to a video game and a series of action scenes that play out like you’re watching somebody playing levels of scrolling arcade beat-‘em-up DragonNinja, Kickboxer: Retaliation makes very little attempt to be taken seriously as wave after wave of goons are kicked and punched to one side by Alain Moussi as he walks his way around the Thai prison. As it happens, on one of those walkabouts he bumps into Briggs (former heavyweight champion Mike Tyson), a fellow inmate who uses mind-over-matter techniques to find inner peace when he isn’t throwing lightning-quick punches to keep everyone off his back, and also a kidnapped and blinded Durand (Van Damme) before we get some Rocky-style training montages as Briggs and Durand try and teach Sloane to use more of his senses rather than just his fists and feet. Oh yes, this is a film that knows what its core fan base is looking for and isn’t afraid to dish it out in an adrenaline-fuelled frenzy that may be as mad as a lorry full of monkeys but is at least fun.

What isn’t fun, however, is the same major problem that weighed Kickboxer: Vengeance down and that is the presence – or lack of it – of Alain Moussi, who seems to appear in nearly every scene as if the filmmakers are really trying to push him into some sort of sub-JCVD spotlight. But whereas JCVD had – and still has – likeable charm and charisma, Moussi is as wooden as an oak furniture sale; sure, he can move and, to his credit, he does appear a little more confident as the lead than he did in the previous movie but his line delivery is nothing short of amateur, as if he was in a script read-through and somebody left the cameras rolling. For an even more nosebleed-inducing experience, see if you can watch the scenes where he and Mike Tyson – who still looks amazing throwing those haymaker punches – talk to each other without laughing or, even worse, turning on the subtitles to see what they actually said because clarity and pronunciation is not their strong point. 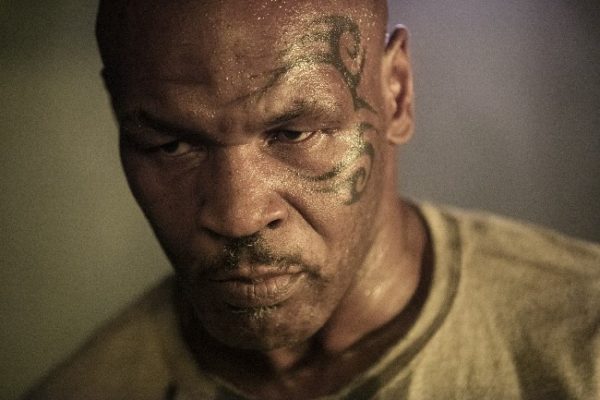 Another annoying presence is Christopher Lambert, who really should be fatter considering the amount of scenery that he chews throughout the film. His campy, gravelly voice and exaggerated speech delivery may have seemed like a good idea in pre-production but every time he appears on the screen to cackle and strut about like a 1970s Bond villain it just gets painful to watch. Thankfully, his scenes aren’t that long and we do once again have the saving grace of JCVD looking very relaxed in the trainer role, although, like the previous film, he doesn’t appear enough or have that much to do when he does show up. Sam Medina and Sara Malakul Lane also return and add solid support, especially Medina whose character becomes as much of an antagonist as Moore and is a far less grating presence than Lambert. Of course, Hafþór Júlíus Björnsson is the big bad that Sloane has to eventually face and he is definitely an intimidating force, standing at 6’9” (although a different height is given in the film) and weighing over 400 pounds, but having somebody that big try and move quickly and smoothly against someone as athletic as Alain Moussi means that a few editing tricks are employed during the final fight, which is possibly the dumbest but most entertaining screen fight since 5’8” Sylvester Stallone knocked out 6’5” Dolph Lundgren in Rocky IV.

And Rocky IV is a good comparison for Kickboxer: Retaliation as both movies take place in a heightened reality and only really succeed on the audience’s tolerance level for nonsense, and make no mistake that Kickboxer: Retaliation is complete nonsense. However, nonsense can be fun and co-writer/director Dimitri Logothetis does at least put together a film that flicks those action movie switches and looks beautiful, although at 105 minutes long it does outstay its welcome at one point, lagging terribly during Sloane’s prison training scenes and the final fight. Nevertheless, Kickboxer: Retaliation picks itself up for the climactic battle and, if nothing else, is ultimately a bit of brainless entertainment that provides a ludicrous antidote to its po-faced predecessor, although considering how bonkers this movie is it looks like Kickboxer in Space could be the only way forward for the series.