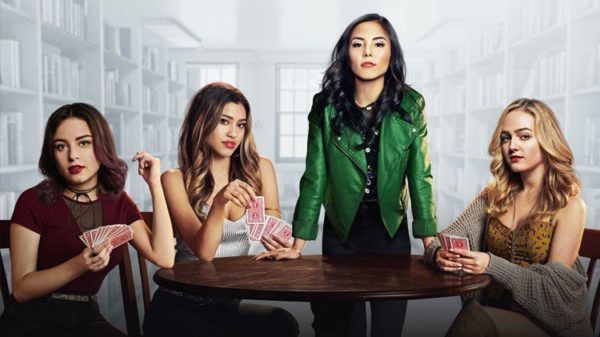 In honor of the recent premiere of Youtube Red’s newest sitcom, Youth & Consequences, we decided to share with you an exclusive playlist with a few of the show’s tracks by composing duo Waz and Jamie Jackson, known as WAZ-JACKSON.

Youth & Consequences is billed as a “woke” version of Mean Girls. It is described as a series that boldly tackles hot-button issues like feminism, gender identity and the seemingly life-or-death stakes of adolescence in the Digital Age. It follows Farrah Cutney (Anna Akana), the girl everyone wishes they were in school: a master of her domain, queen of “spin” and the resident “fixer” — at the center of a rumor storm that she can no longer control.

Aside from Youth & Consequences, WAZ-JACKSON is currently scoring The CW’s Life Sentence starring Lucy Hale. They also have two documentary films in post-production, Cancer Rebellion produced by Roger Daltrey of The Who and Accidental Climber directed by Steve Oritt. Jamie also solely scored the scripted feature, Egg, starring Alysia Reiner and Christina Hendricks which will be premiering at the 2018 Tribeca Film Festival. Their other credits include Cougar Town, Rush Hour, Surviving Jack and Undateable to name a few.