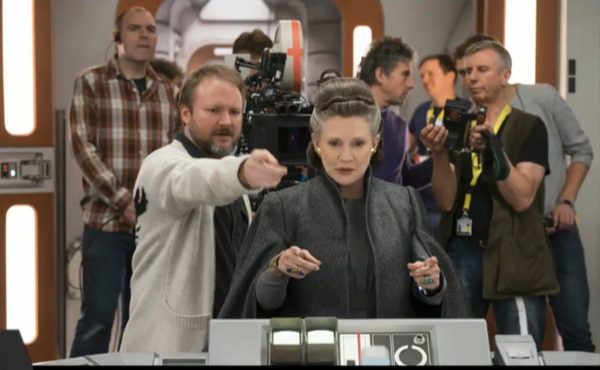 After enjoying critical success with the indie films Brick, The Brothers Bloom and Looper, Rian Johnson made the jump to blockbuster filmmaking this past December as he ventured to the galaxy far, far away for Star Wars: The Last Jedi.

Despite a mixed reception from fans, the movie proved a hit with critics, grossed $1.332 billion at the worldwide box office, and saw Johnson rewarded by Lucasfilm with the keys to his very own Star Wars trilogy.

Speaking to Flickering Myth to promote the upcoming release of The Last Jedi on Blu-ray, we asked Johnson whether he had any interest in trying his hand with the other big Hollywood toy box: the superhero movie.

“I’m pretty happy with Star Wars [laughs],” said Johnson. “There’s a lot of comic book movies being made today that I really enjoy. Weirdly, I grew up with Star Wars, but I didn’t grow up reading comics, so it’s not something that I have a real emotional grounding in the same way I do with Star Wars. I think it really helps to have that. I know for me, having that emotional basis of being able to throw myself back to when I was a kid and know what I cared about in this world, I can’t imagine doing it without it.”

When we spoke to Johnson way back in 2011, the filmmaker did express his interest in tackling Batman, describing it as “the one superhero movie franchise that I’m 100% just completely in love with”. But of course, with an entire Star Wars trilogy on his upcoming slate, he’s certainly got plenty to keep him occupied for the foreseeable future…