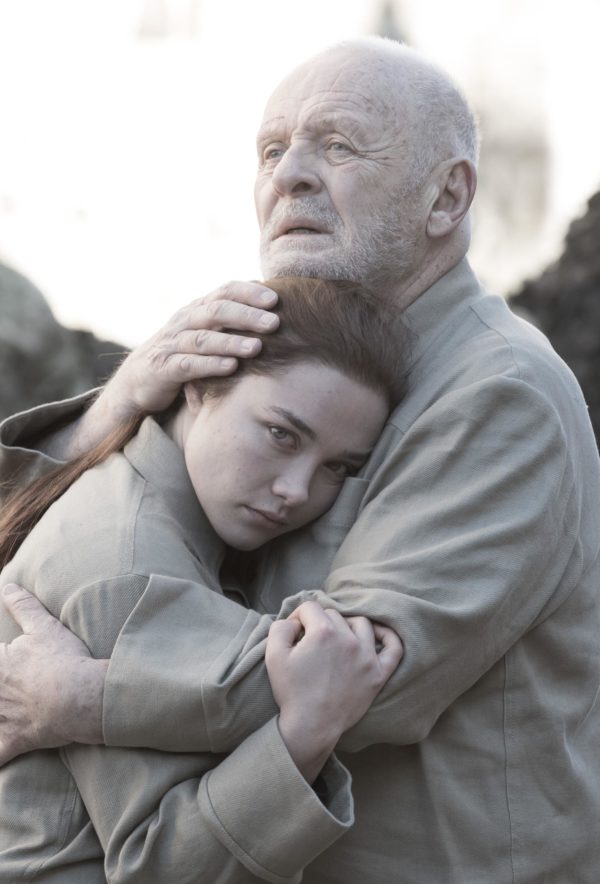 The modern reimagining of the tragedy takes place in the fictional present, and sees Hopkins as the eponymous ruler, presiding over a totalitarian military dictatorship in England. Emma Thompson (The Children Act, The Remains of the Day, Sense and Sensibility) stars as his oldest daughter Goneril, with Emily Watson (The Theory of Everything, Genius) as his middle daughter Regan, and Florence Pugh (Lady Macbeth, Marcella) as Cordelia, the youngest of Lear’s children.

Jim Broadbent (Iris, Game of Thrones) is the Earl of Gloucester, with Andrew Scott (Sherlock, The Hollow Crown) as his loyal son Edgar and John Macmillan (Hanna, Chewing Gum) as his illegitimate son Edmund. Jim Carter (Downton Abbey, Cranford) is the Earl of Kent, with Christopher Eccleston (The Leftovers, Thor: The Dark World) as Oswald, Tobias Menzies (Outlander, The Terror) as the Duke of Cornwall, Anthony Calf (New Tricks, Riviera) as the Duke of Albany and Karl Johnson (Wittgenstein, Rome) as Lear’s loyal jester the Fool.

King Lear is being produced by Playground, the company behind Wolf Hall, Howards End, and Little Women. It will premiere on BBC Two this Spring.