Thanks to THR, we’ve got a first look image of Guardians of the Galaxy star Dave Bautista in Master Z: The Ip Man Legacy, an upcoming spinoff from Donnie Yen’s hugely-successful Ip Man martial arts franchise. 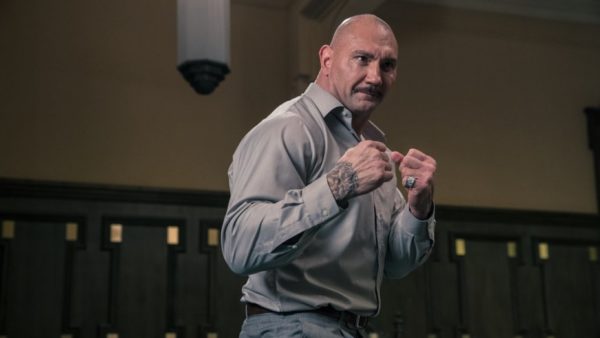 Master Z: The Ip Man Legacy is being directed by Yuen Woo-ping, whose credits include Snake in the Eagle’s Shadow, Drunken Master, Tai-Chi Master and Crouching Tiger, Hidden Dragon: Sword of Destiny.

Bautista will next be seen on the big screen this April as he reprises the role of Drax the Destroyer for Marvel’s Avengers: Infinity War.