Jessie Robertson reviews the fifteenth episode of The Flash season 4… 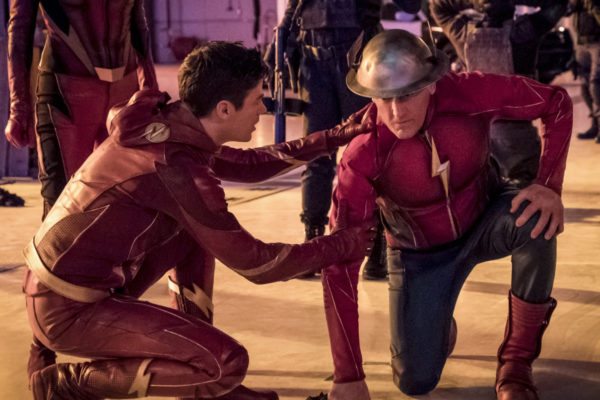 “Flashtime” in case you’re not familiar with this vernacular, is the time in when Barry can touch another person and almost pull them into the Speed Force when time is slowing down, ala Iris at the courthouse. When an eco-terrorist (whom comic book Green Arrow fans will recognize) detonates a bomb at ARGUS HQ, it’s up to the speedsters (Jesse & Jay are both recruited) to solve this problem while using all the Speed Force tricks they can come up with.

I’ve been wanting to love a full Flash episode for a while now and this one just doesn’t hit the mark either. I will say, the special effects in this episode are pretty bananas, especially the end sequence when they finally figure out the puzzle of the bomb. Getting there was a chore that even all of Harry’s explanations couldn’t untangle. Each time it seems there is a viable scenario, one convenient plot point gets in the way. Cisco can’t just breach the bomb to a dead Earth as he’s too winded from being sucked into the Speed Force; They can’t vortex the Bomb away into the Speed Force as that would cause catastrophic damage to the Speed Force and Multi-Verse, according to Jay. And in what seemed the most efficient solution, they can’t go back 3 seconds before it was triggered as Barry isn’t messing with time anymore. That’s the hard thing to swallow with the Speed Force mythology. Certain things can be done one week but another for some moral or scientific reason. Barry can carry on conversations with people inside of a pico-second, but he’s never fast enough to defeat any major threat or villain of the season. I’m not going to say the final solution (although I do find it interesting it came from Iris) satisfied me or I even understood it completely, but I guess that’s not the point. 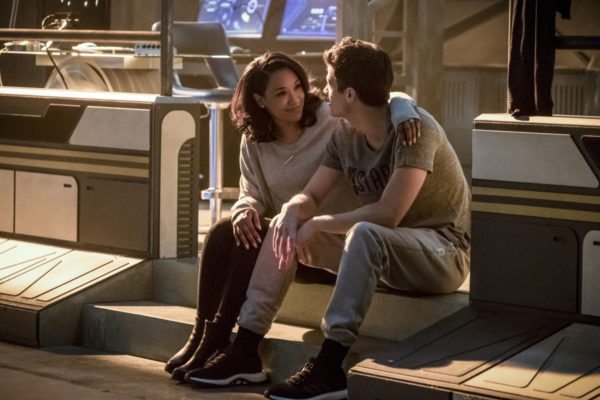 The other major story this week was to dig into the relationship of Harry and Jesse a bit deeper; Jesse is written as an odd duck; we get she’s an independent woman now but she makes no mention of Wally and she always seems to be trying to push her dad away. A very sentimental conclusion when Wells shares some past memories of her mother to Jesse was a nice warm hug at the end of all this in-fighting and I can’t help but think there’s so much more they could do with the 2 of them. All in all, a passable Flash episode.