Jessie Robertson reviews the sixteenth episode of The Flash season 4… 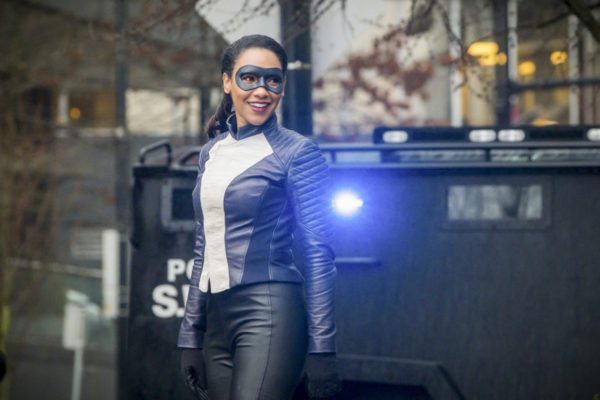 Here’s the episode we’ve been hearing about for a while where Iris becomes a speedster. The gimmick behind this episode is a new bus meta that can essentially transfer one meta’s powers to another. This is exactly what happens when Iris and Barry are both confronting him. The episode really serves two functions in doing this; First, it’s fun to see Iris as a speedster, since most other members on the team have inherited those powers. And two, it gives Iris her sense of purpose back. When Barry was gone, she kinda took over as Team Leader, bringing up one of the strangest pot holes of the series that everyone views Iris as this great reporter when she hardly ever reported or did much of anything in that field. It gives her the clarity and strength to realize that each of them have a “destiny” and hers is not being The Flash of the team; that’s her husband’s role; but since they are both The Flash, as they have said, her reporting on his deeds is hers.

Our other subplot is Wells being super frustrated by not being able to get one step ahead of DeVoe; what he realizes through video footage of the night of STAR Labs exploding is that DeVoe was trying to become smarter by wearing an “intelligence enhancer”. So, he builds one and surprisingly gets the support of the whole team sans Cisco, the one guy he needs to help him build it. When Iris becomes the team’s resident speedster and has to help save CCPD from a meta who can use fire to melt anything, she needs Wells’ help using the thinking cap to find a way out. There’s actually a great moment when Iris succeeds on taking him out using a giant tidal wave and the whole team celebrates. 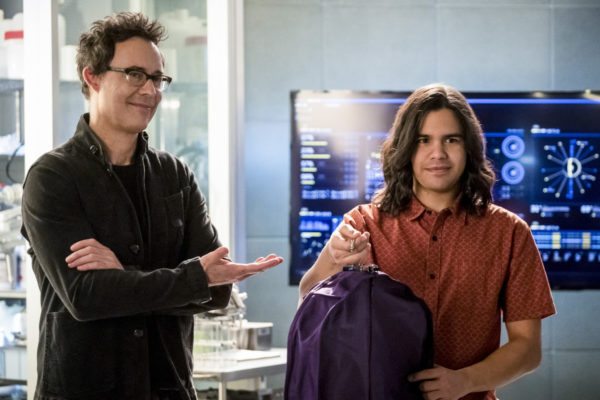 No DeVoe in this episode but we doubled down on Ralph being scared for his life until he sees Iris in action and listens to her advice when she faced death last season. Some other interesting notes is immediately how Barry became jealous and almost sullen when he didn’t have speedster powers. Also, Iris streaks purple lightning? I thought that was interesting but not really explained or anything.