Recently I was given the chance to try out the Bittboy, a palm-sized device that sings back to the classic days of the Nintendo GameBoy.  As a fan of all things 8-bit or less (on occasion) I wanted to see what a device that claims to cram up to 300 games inside its little shell, including classics like Super Mario and Double Dragon, can achieve. 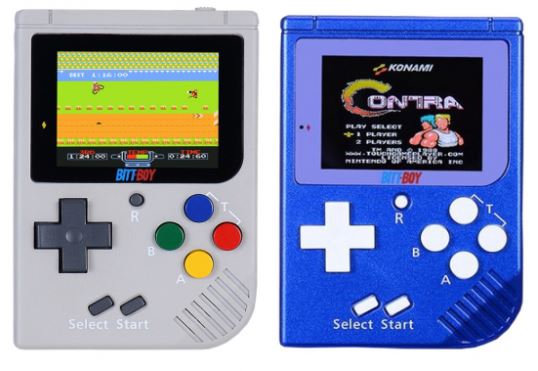 Arriving in box that again harks back to the Super Famicon days, this micro device appears with nothing more that an smiling plastic cover, a USB charge cable and AV Leads to connect it to a television.  There is also a battery included, though with only a minor charge the first step is to putting some juice into the device before it can be properly booted up.

Once fully charged, which took an hour if that, I managed to get just over two hours solid play from the Bittboy before I noticed the sound began to distort, this was my initial sign to say the battery needs to go back on charge.  Though this was two hours of solid play, not broken as I see the Bittboy will be truthfully used for. 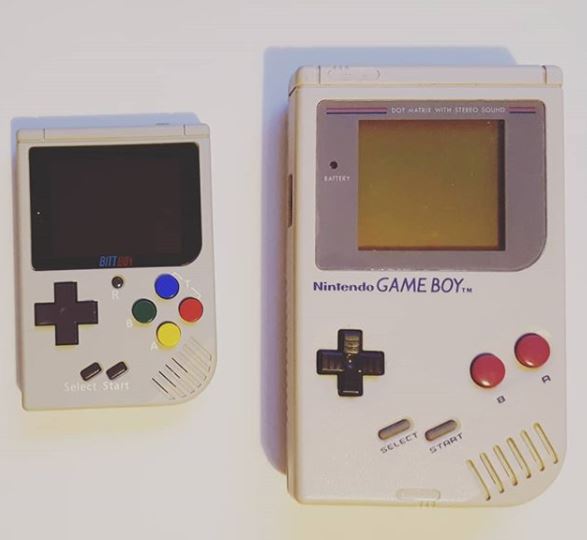 The library does include a total of 300 games.  That much is true, but in amongst the standout titles that includes Super Mario Bros 3, Yie Ar Kung Fu, Double Dragon, Dig Dug and 1942 you’ll also come across and number of games that are dire such as Mario 18, Small Dinosaur and Muscle.  There may be a considerable amount of wheat inside this device, but the creators of the Bittboy certainly made sure the chaff bulked it out.

It’s the lower titles that disappoint, I – in truth – would have preferred (aprx.) 186 in 1, if it meant removing 114 pieces of nonsense that I didn’t have to scroll through.  This is a enjoyable machine, but you’ll feel slightly irked when you load up Angry Birds 2, and you have to reset the machine knowing you’ve just wasted valuable battery time looking for Excitebike.

Another negative that I personally picked up on is due to the size of the screen, everything becomes much smaller.  This does affect a cluster of titles; those that load up Super Mario Bros. will see it straight away as our hero – in his pre-mushroom phase – becomes little more that a cluster of pixels.  Though in other games, with larger sprites you’ll not notice this as much – for instance RoboCop is clearly Murphy in his shiny suit; it’s just a shame that this game isn’t translated into English on this device!

However, the Bittboy is a nice little machine.  It has just the right amount of weight so you don’t feel like you’ve bought thin air, it’s easy to store away (it fits into a shirt pocket), it feels well built though the surplus SD Card hole is puzzling.  It is a nice retrogaming device to own, especially if you’re making a short journey and you don’t fancy taking your classic devices out on your travels.

The Bittboy is certainly something to pick up if you have the money to spend.  It won’t replace your current collection, but it’ll certainly allow you to take your retrogaming outside without damaging your priceless pieces.

The Bittboy is available to buy now from their website here https://www.bittboy.com/