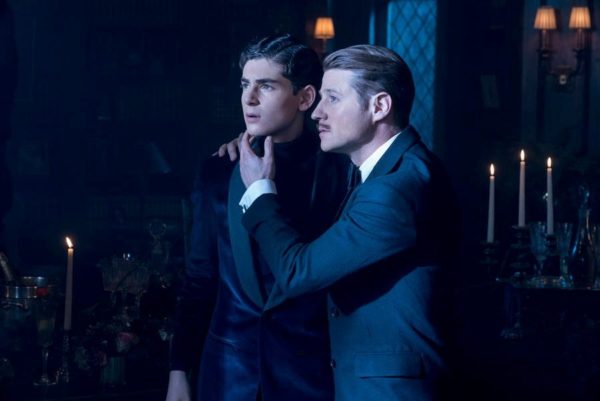 Never has gardening and the tending of scrubs seemed so alluring now there is a new Poison Ivy in town. Hallucinogenic, hypnotic and deadly with a sapling she is intent on turning everyone into human grow bags. Genetic experimentation avenged in a grotesque chest bursting fashion is par for the course, while fouler things are happening behind closed doors at Arkham Asylum. Making ‘A Beautiful Darkness’ deviant, diverse and dangerously addictive as we head into the home stretch of season four.

What the showrunners have done here between Bruce Wayne’s hallucinations, Ivy Pepper’s horticultural killing spree and one specific lunatic combo is make episode thirteen a high water mark. Humiliation, clown prince characterisation and behavioural epiphanies brought on by near death experiences are all touched on. Mazouz has more to do with this stranded, stricken and isolated Bruce Wayne than he ever had with the one note playboy loner. Cameron Monaghan and Lord Taylor spark off each other in their extended scenes together, suggesting more friction later on now the line. Elsewhere the easy team up of Selina and Gordon united against a common enemy is both diverting and effective without feeling forced. 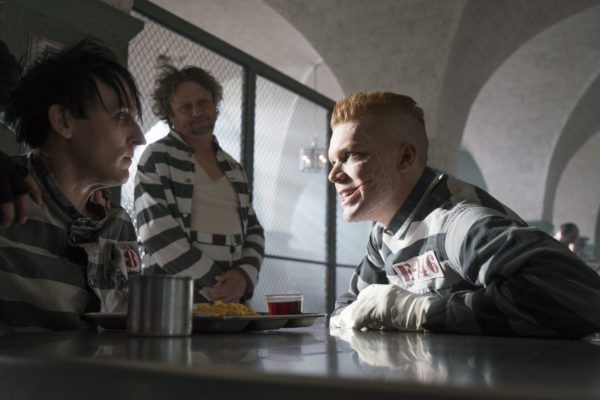 In terms of the psychology behind some of those darker moments Gotham drifts nicely into the macabre both visually and mentally. There are subtle dialogue nods to the Gary Oldman incarnation of our favourite commissioner, while a certain playing card acknowledges another revered actor in that franchise. There are red herrings which scream from the screen but they are deliberate, shameless and all the better for it. What this deliciously dark slice of DC history manages to do is bring together disparate threads, through drug induced visions and old-fashioned storytelling. Until finally gliding majestically out of that darkness comes the ultimate emblem of DC comic books, all cowl, cape and classic silhouette.

This then is where the gloves comes off, fully fledged villainy gets to run rampant and light is thrown into a darkness crawling with pestilence. As the underworld hatches yet another deviant scheme to bring down Gordon’s GCPD, there are denizens lurking beyond those high beam flash lights harbouring recriminations. As the dawn breaks on episode fourteen next week we may witness a new Bruce Wayne, battle hardened Alfred Pennyworth and reinvigorated Jim Gordon. For them let us hope that their A game is enough to battle the criminal fraternity which is currents massing.