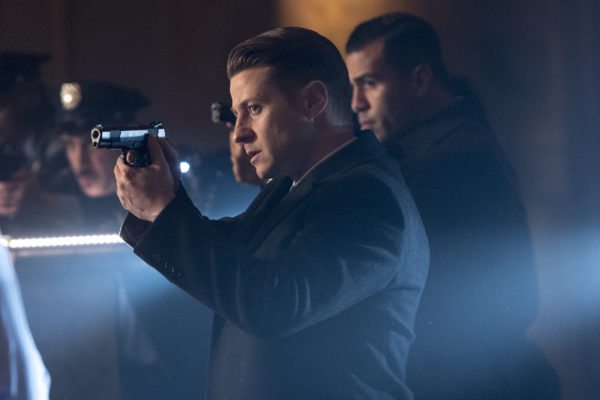 Schizophrenic split personalities, coded messages between colluding confidants and hand to hammer gangland retribution is rift in ‘Reunion’ this week. Villainy is being rendered like high class soap from upper class body fat, as story threads, double crosses and law enforcement epiphanies come home to roost. Allegiances are being switched quicker than Nygma can talk himself down from a rope swing, while an ever resourceful Penguin asks a friend for help.

Elsewhere deadly nightshade masquerading as Poison Ivy continues manipulating others for her own ends, employing potent spores, feminine wiles and green fingered guile. From her moment of emergence from a sinuous cocoon Peyton List has brought something darker to the table. An embodiment rather than an ingénue or infant, her Ivy encapsulates powerful sexuality without surrendering identity. She will not be crossed, will not forgive and most importantly remains without conscience of any kind. 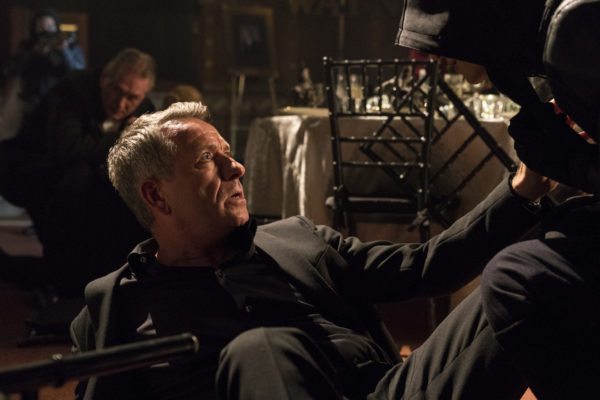 Corey Smith also seems to be back in the room as Nygma battling his alter ego. A tragic figure with delusions of grandeur goaded on by mental instability, high functioning mental acuity and amorously misguided feelings. As both Corey Smith and Lord Taylor creep back towards their tag team chemistry of old, there is a sense of gathering forces within the criminal fraternity. Something which is becoming increasingly apparent to a beleaguered Jim Gordon.

Caught between the venomous undertones of female crime boss Sophia Falcone and isolated partner Harvey Bullock, there remains no safe haven for Gordon. In far too deep with the criminal classes this Jim Gordon is living day to day while Gotham unravels around him. With the emergence last week of our beloved vigilante, followed by close up levels of primetime violence audiences are now complicit. We are invested in a city defined by violence, controlled by self-interest where playing by the rules is frowned upon. Plotlines feel like guidelines, safe bets are off and darkness is preparing to engulf those who remain. 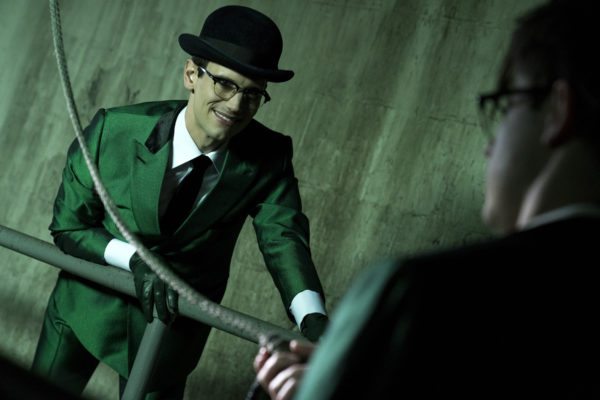 Part reunion, part homecoming but all DC villainy, double cross and debauchery, season four continues bringing home the bacon even if the Pyg is dead. That body may be buried, a police captain might be standing over the corpse with a smoking gun but this is far from over.