“We are the two most powerful women in the world. We can do anything” 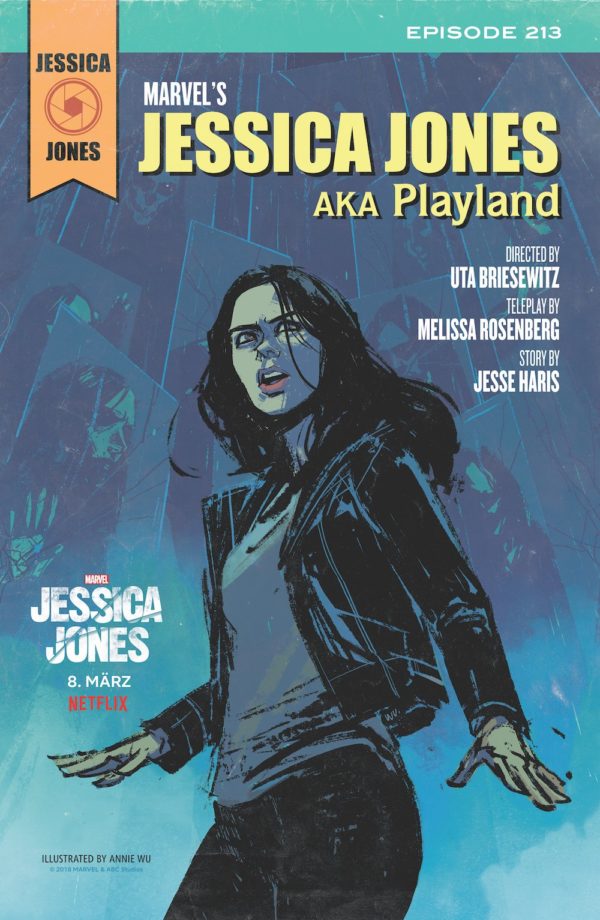 Depending on your take on Jessica and Alisa’s relationship and the decisions they make, their journey to the Canadian border is either Dumb & Dumber, or Thelma & Louise. A kidnapping becomes a co-dependency – “You’re insane”, “And you’re my cure” – and eventually a reluctant superhero tag team.

Right back at the start of the season, we were reintroduced to a Jessica uncomfortable in the skin of a savior, and while this finale follows the similar second act pattern (Stranger Things 2, Lord of the Rings: The Two Towers) of scattering friends to the four corners, its biggest achievement is in imbuing Jones with a sense of purpose beyond the bottom of a bottle.

There’s a scene towards the end in which she prevents a liquor store robbery by hurling a bottle at the perpetrators head. However, the most important part of that thread is the way she embraces the adulation from Oscar’s son when recounting the story. There’s a real shift in who Jessica is, and it’s a version of her that makes season 3 an intriguing prospect. You don’t quite believe her “Everything changes, and nothing changes” sign-off.

‘AKA Playland’ is an episode of metamorphosis; Malcolm shifts into skinny fit suit and pals up with Cheng, and despite what appears to be negative discourse around Trish’s season 2 arc, there’s a frisson of excitement as you wait for her obvious re-birth. Sadly, in this episode at least, it’s something of an anticlimax, as Trish performs a mobile phone keepy-uppy trick that would make Spider-Man roll his eyes. 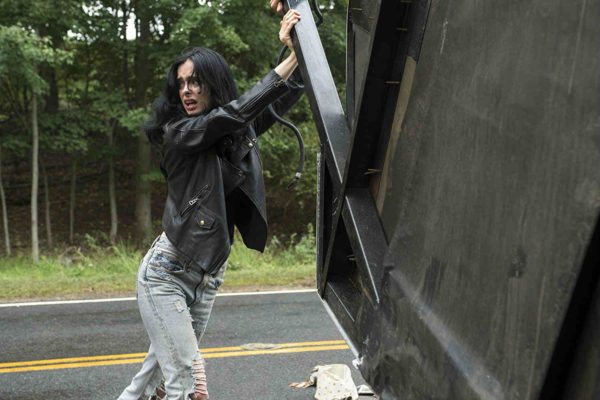 Unfortunately for Alisa, who continues the Norma Bates sanity-balancing act thanks to the wonderful Janet McTeer, Trish has an even bigger part to play in this episode. Notably blowing a hole in Alisa’s head as she rides the Ferris Wheel with Jessica. It’s a bit of a shocker for a season that hasn’t held back on moments of horror. We’re used to brief flickers of happiness being quashed in the world of Jessica Jones, but this one carries further ramifications beyond PTSD. Even if Alisa’s death was an inevitability, as Jessica points out, it didn’t have to be Trish who pulled the trigger. Betrayal is the bedrock for many a great superhero rivalry, so let’s hope this has planted the seeds for next season.

Looking back over our case notes, it’s hard to compare Jessica Jones season 2 with its predecessor. One is very much adhering to the Marvel Netflix Universe formula, and this follow-up has attempted something different with its mom-as-monster through line. The slow-burn nature of the show meant that the usual treading water wasn’t as noticeable, and when you have an actress like Ritter portraying a character as complex as Jessica, you’d quite happily spend an hour watching her down a bottle of whiskey. As it stands, she’s the brightest thing in this gloomy world, and it just so happens that Jessica might be starting to realise that too.