There are few things more disappointing in the world of TV viewing than a really good episode being followed up by something of a duffer. Streaming binge-watch shows neutralises the week long wait we’d have to suffer having just sat through a Paolo and Nikki season 2 episode of LOST, but the eighth installment of Jessica Jones’s sophomore run is a huge comedown after the “previously on” revelations we’d just witnessed. 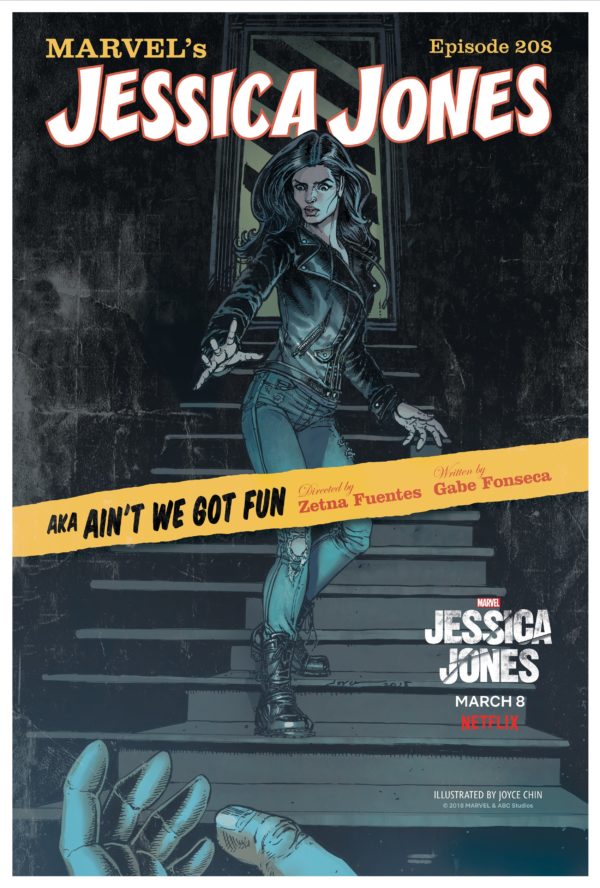 Jessica is now tied to the bed meant for her mother, but after butting heads with Dr. Karl manages to convince him to untie her long enough to send a warning text to Detective Costa. Worried that the arrival of cops on the scene will cause her mother to go all James McAvoy at the end of Split, Dr. Karl does a runner, and Jessica is left with no choice but to do the same with her mother in tow.

Also dealing with their own fallout are Trish and Malcolm, who clash over the super inhaler, and end up going their separate ways. However Malcolm soon gets beaten up for being morally heroic while taking over Hogarth’s case, but not before a supped up Trish can act as savior and enabler, convincing our reformed drug addict to take a puff off the good stuff, despite the fact that earlier in the day he’d seen the effects of it on her. It all feels out-of-sync with the way Malcolm has been depicted, right up to the start of this episode.

Elsewhere in predictability corner, Jeri, having visited a former IGH patient rumored to have healing powers, takes her relationship with Inez exactly where we knew it was going from the off. For all of the successful twists Jessica Jones has managed so far, there are just as many that have been tediously signposted. 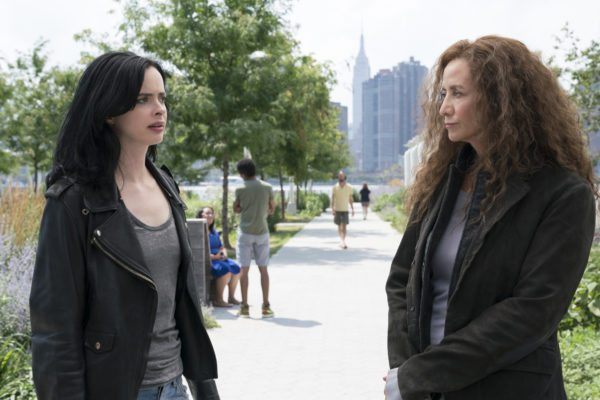 The remainder of the episode is made up of exchanges between Jessica and Alisa, with Ritter and McTeer reveling in the chance to be snarky with one-another, but unfortunately not enough time is afforded to the fallout of the previous episode’s maternal betrayal.

Alisa recounts some childhood memories that make Jessica go misty-eyed, and talks about her unhappy marriage, but it all feels too soon considering the fact she murdered Spencer (who? Exactly!) and Jones found out about it mere hours ago. Then before you know it, Jessica takes a bullet for the very same woman she was going to shop to the cops, and the episode abruptly ends.

We’re all for redemption, but it has to be earned. Any building of bridges must take time. Anyone schooled in the way of ALIAS (Yes, I’m a J.J. Abrams TV fan) might recall that Sydney Bristow took seasons to forgive her mother, and even then it was an uneasy truce. Jessica Jones season 2 has been relatively slow burn, so let’s not start rushing important things like a mother/daughter relationship, all for the sake of upping the pace.