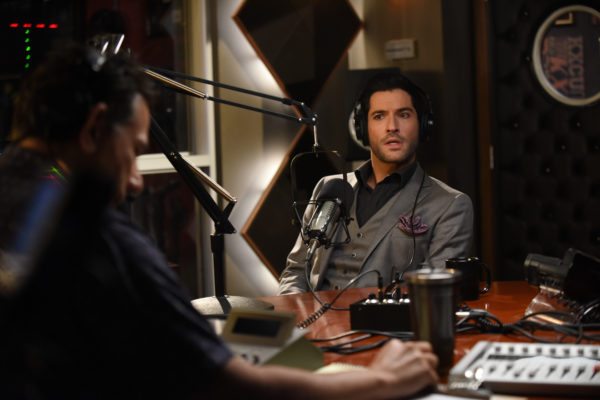 ‘The Last Heartbreak’ is another episode that justifies Tom Welling’s decision to appear in Lucifer as Pierce, taking on such an apparently ‘beige’ character at the beginning of the season – a character that has since been revealed to have plenty of torment to tackle now his true identity as Cain, the first murderer, has been divulged.

It’s interesting to explore Pierce’s past a little – especially when he’s been around for centuries – and to see how he’s always struggled to form relationships. It seems he’s been attracted to atoning for his sins for a fair old while now, having been working in the LAPD during the 1950s, which is where and when the episode opens. His backstory feeds nicely into this week’s case as a copycat is on a murdering spree inspired by the the ‘Broken Hearts Killer’ of the 1950s, who has just died in prison and on whose case Pierce worked alongside the original team that cracked it. A hangout for Pierce back then was a bar called ‘Adams’, mostly due to the pretty owner Kay (Fiona Gubelmann). It’s a simple but neat twist from Lucifer to then have Gubelmann play Kay’s granddaughter Maddie when Pierce re-visits this blast from the past – it helps emphasise the passing of time for Pierce, as well as opportunities missed.

The copycat nature of this week’s case also allows Lucifer to encompass the popularity – perhaps even cult – of True Crime and the fascination that notorious murderers inspire as the detectives find an ex-teacher running a Segway tour around the original ‘Broken Hearts Killer’ locations. He is then, unsurprisingly, a prime suspect when he expresses admiration for the infamous serial killer’s methods and reveals unreleased information on the recent murders – that would be too easy (and quick!) for Lucifer, though, and it later transpires that he just pays for police tips. 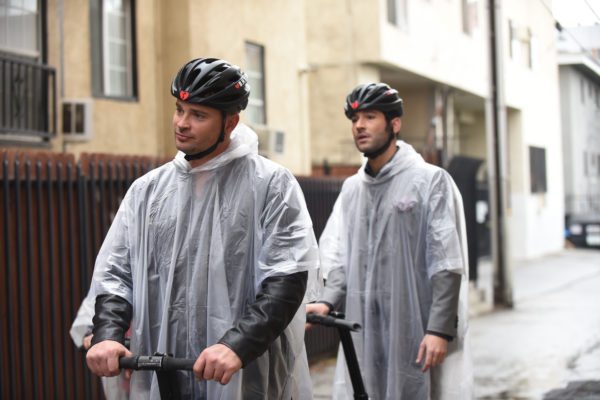 ‘The Last Heartbreak’ does a good job of juggling and advancing several strands of subplot, too: Amenadiel (D.B. Woodside) finds out that Charlotte Richards (Tricia Helfer) is still very much around after bumping into her in a coffee shop, and struggles to not involve himself with her after visiting Linda (Rachael Harris) and trying to heed her advice, and Maze (Lesley-Ann Brandt) continues in her self-destructive strop, moving out of Chloe’s (Lauren German) after a fight with Dan (Kevin Alejandro) over her inappropriate behaviour (and making Trixie cry). Lucifer (Tom Ellis), meanwhile, is learning to allow Chloe to have relationships with other people in her life that are new and at work and aren’t him – although he sees it all as a threat to their partnership. After attending the Axara concert together at the end of last episode, Pierce and Chloe are skirting around the beginnings of a new relationship, emphasised when they pose with a (very) reluctant Lucifer as cheating lovers on a radio show to lure in the new killer, who they think listens in to choose his unfaithful victims, as in the 50s. Chloe publicly details her respect and admiration for Pierce as part of the ploy, helping her to crystallise how she feels about him.

When the real copycat appears at the set-up dinner scene between Chloe and Pierce, claiming that his kills – as per the original – are justice for the jilted, Lucifer finally realises that it it not his right to decide with whom Chloe does or doesn’t form a relationship. Funny that, that your motivations suddenly appear selfish and controlling when parroted back to you as a murder’s reasons for his crusade against the non-monogamous… 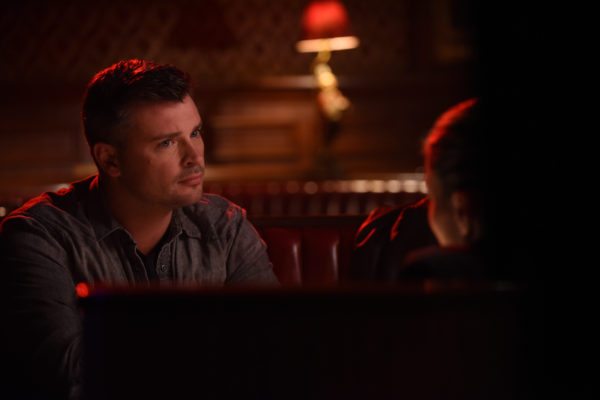 There’s also an intriguing tease of a revelation at the end of ‘The Last Heartbreak’ when it appears that Chloe and Pierce are all set to embark on a properly-defined date after their stunt to catch the copycat and subsequent back-and-forth on whether or not a romantic relationship would be wise. Pierce is back at his old haunt, talking to Maddie, granddaughter of a probable ‘one that got away’ in Kay, and infuriatingly claims not to be risking his heart with Chloe as “she’s the key to finally getting what I’ve always wanted”. Does the other-wise honourable detective care for Chloe at all, or is it that he is still sure that she will somehow be able to ‘cure’ him of his curse, looking at her humanising effect on the Devil himself, and Lucifer’s subsequent vulnerability, and remove the mark of Cain?