Martin Scorsese has just announced a production wrap on his latest film, The Irishman. The film marks a return for Scorsese to the mobster crime genre and stars Robert De Niro, Al Pacino, Harvey Keitel, Anne Paquin and a coming-out-of-retirement Joe Pesci for the film. 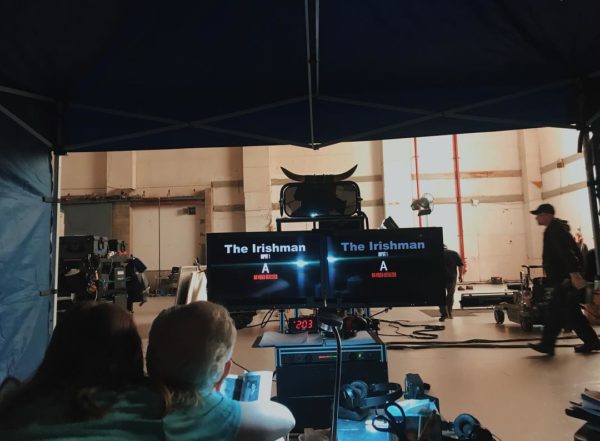 Scorsese made the announcement over his Instagram page, simply saying “That’s a wrap! Thank you to the many people who made this possible.” The Irishman is based off of Charles Brandt’s non-fiction novel I Heard You Paint Houses, telling the story of mob hitman Frank ‘The Irishman’ Sheeran, who claimed on his deathbed to have been responsible for the murder of Teamsters leader Jimmy Hoffa. The movie will span several decades, employing CGI to digitally de-age its cast members.

The film will premiere in 2019, though it remains unclear if The Irishman will have any type of theatrical run or will be available for streaming immediately on Netflix per their usual method with their original content. Scorsese is a proponent of traditional theatrical runs for films, but Netflix’s head of publicity Julie Fontaine told Variety last fall that “it’s premature to say anything at this point” regarding how Netflix will distribute the film.