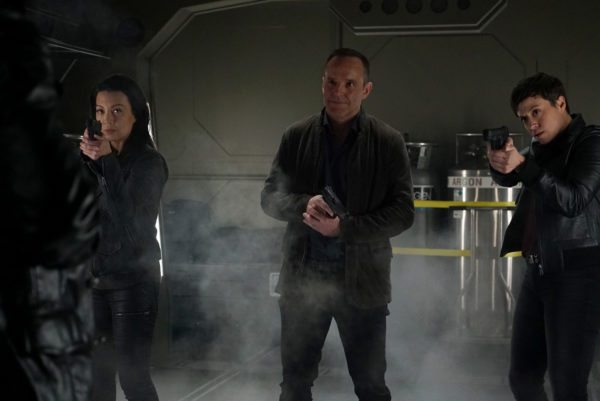 ‘The Devil Complex’ saw S.H.I.E.L.D. attempt to seal the recently exposed dimensional rift and finally put an end to the fear inspired manifestations haunting them. What transpired was a great insight into General Hale’s motivations and an emotional climax 5 seasons in the making.

I had initially thought the dimensional rift would be a plot device used for the 100th episode in order to bring back some familiar faces, I was surprised to see it remain open and to continue to impact on the show but after this week’s reveal, it served as the perfect veil to the very real horror at the heart of the team. I have been waiting for this; for a clear sign that the Framework royally forked Fitz up. He murdered Agnes in cold blood and hurt his friends along with countless others. This is a life he remembers and these are acts he remembers committing. Given the nature of this season so far it’s been hard to see the true effects this has had on Fitz. The Devil Complex however was boiling point. The entire episode keeps us guessing with double-crossings, more old villains returning and of course, the ever present threat of a fear anomaly. This is masterfully done so when the reveal hit that Fitz had been battling his own inner demons and not some supernatural dimensional spook it sank like a dead weight in my stomach. Daisy’s tearful “What’s happening? . . . Who are you talking too?” was chilling. Chloe Bennett and Iain DeCaestecker really knocked it out of the park this week, the latter showcasing just how incredible of an actor he is. His palpable fear as he slowly descends into madness was outstanding and only further heightened by his contrasting twisted Doctor persona. DeCaestecker took Leopald Fitz on a journey this week and while many shows put their characters through difficult situations, The Devil Complex has removed Fitz from the safety of what we expect of him and has, truly, pushed him into new territory that there is no coming back from. It is character development at its finest and provides a satisfying payoff to everything Fitz as endured since he joined the team fresh out of the academy. 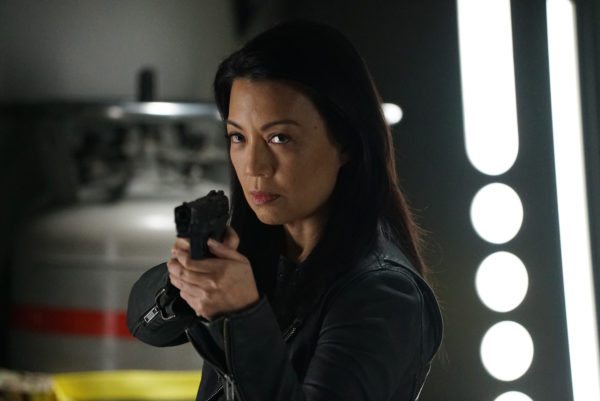 After what I thought was a clever and well executed capture of General Hale it transpires to be part of her own plan. Her trap was smoothly set and soon she had the zephyr boarded by Creel and, in a surprising turn, Anton Ivanov. I was wondering when we would see him again. His jab at Coulson, “How’s that for a cool origin story, bro?” was a nice throwback and really made me marvel at how far Anton has come as a villain. I’m glad he’s back in the mix and interested to see how loyal he really is to General Hale. I like the dynamic and mild respect Hale has for Coulson and their back and forth helped give a better understanding of her motivations. The final reveal that Hale is working towards a seat at HYDRA’s high table is a favourable development as this HYDRA looks like something we’ve never seen before.

There were so many nice reveals and great moments this week that even without the stellar Fitz twist this episode would have always been strong. We see Yo-Yo has started the process of getting her robotic arms and though it won’t be an easy road, it’s nice to see her getting back on her feet. I really enjoyed Yo-Yo’s lack of fear for her own safety, with the certainty that she’ll be killed by Kasius in the future. It’s grim but at least it gives Yo-Yo a temporary safety while she gets strong again. The real tears this week though were reserved for Simmons and Deke’s freaking beautiful scene together. Deke’s gentle and heartfelt reveal that he is Simmons and Fitz’s grandchild was far more moving than I ever thought it would be. Jeff Ward and Elizabeth Henstridge did wonders with the material here; Deke showing us a completely beautiful and vulnerable side while assuring Simmons that she and Fitz will make it through this. It softened the blow of the emotional gut-punch we suffered and Simmons’ realisation followed by her throwing up was the perfect way to close it. 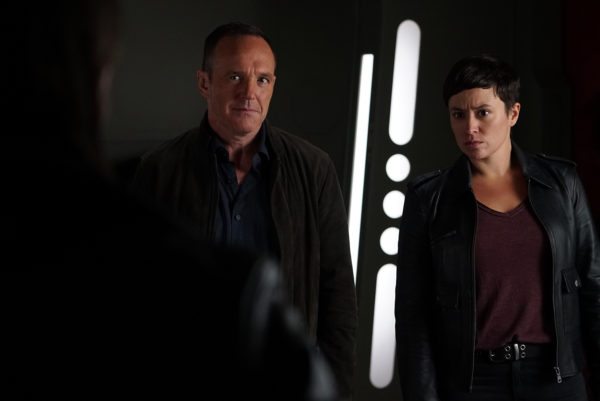 ‘The Devil Complex’ is undoubtedly one of Agents of S.H.I.E.L.D.’s finest episodes and props to director Nina Lopez-Corrado for crafting such an intense yet beautiful episode. With the Superior back in the mix with his androids it just adds one more welcome player to what is shaping up to be an intense conclusion to this season. Bringing all these villains under the HYDRA banner creates the perfect match for the S.H.I.E.L.D. agents though I don’t think Creel will be too happy to learn he is being used by HYDRA, again. There are so many things happening and so many possibilities, it’s so damn good. Now, please excuse me while I twiddle my thumbs until next week.