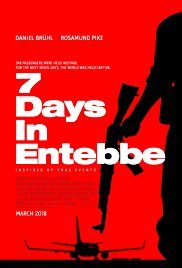 Inspired by the true events of the 1976 hijacking of an Air France flight en route from Tel Aviv to Paris, and the most daring rescue mission ever attempted. 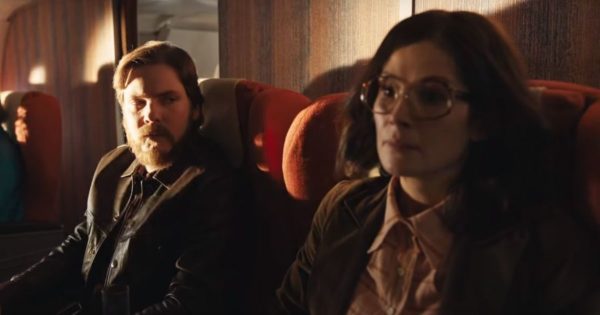 All three movies inside of 7 Days in Entebbe are intriguing, but director José Padilha (most known for directing episodes of the hit Netflix series Narcos and infamously responsible for helming the unnecessary updated version of Paul Verhoeven’s classic sci-fi sociopolitical satirical masterpiece Robocop) is apparently completely oblivious as to what to home in on. Call it an identity crisis as the script from Gregory Burke fails juggling three different perspectives; a World War 2 guilt-ridden radical left-wing German couple carrying out the true story based 1976 Air France flight traveling from Tel-Aviv to Paris terrorist takeover designed to round up Israelis in exchange for the release of some soldier Palestinians, the paint by numbers political boardroom dialogue exchanges from differing points of view clashing on the best course of action for a rescue mission, and the oddest of them all, a relationship with an IDF soldier and a dancer that is entirely pointless and adds nowhere near the amount of artistic merit to the proceedings as clearly intended.

Forget military missions and characterizations of humanitarian flight hijackers, 7 Days in Entebbe opens up with the Batsheva Dance Company performing a captivating rendition of the liberation themed Echad Mi Yodea, an entrancing visual sight that over time prompts deeper thinking regarding the parallels between said performers and military personnel. Unfortunately, this is fully realized jarringly during the climax (a bombastic shootout set to the rhythm of the aforementioned dance routine), as the two primary characters of the dynamic have no personality or depth. It quickly reaches a point where you want them removed from the film or just want it to be about their juxtaposition. 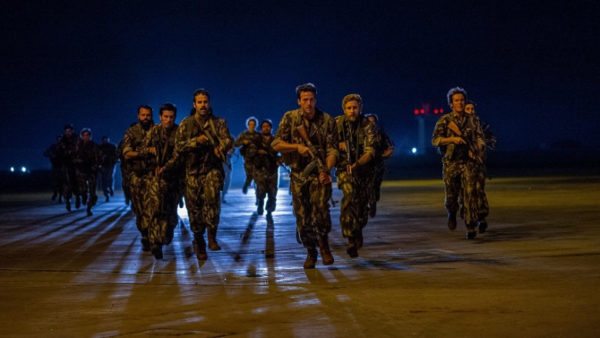 Mostly, 7 Days in Entebbe concerns itself with the moral struggle between Bose (Daniel Bruhl constantly reminding audiences that the dastardly act could make them look like Nazis if they begin harming the civilians, something he is adamantly against allowing a degree of empathy within him to shine) and Brigitte (Rosamund Pike delivering a subpar German accent, not necessarily making up for her having little to do); they transport the hostages to the Ugandan government (complete with Nonso Anozie weirdly putting in an unintentionally humorous turn as military officer Idi Amin) where the situation unsurprisingly becomes more dangerous to the Israelis that were unluckily on board the flight. To be fair, Bruhl and Pike share a few good scenes about right and wrong, but for every heated segment are two more dumbfounding ones that somehow made the final cut (a bystander remarks to a key figure clearly talking into a public phone as a means of venting emotional baggage that the service is not active and that they are talking to no one, like viewers did not have the bare minimum brainpower to put the sequence together).

Elsewhere, Lior Ashkenazi (starring in the incredible absurdist Israeli drama Foxtrot soon to be released in more markets) portrays Israeli Prime Minister Yitzhak Rabin in a power struggle of sorts with Shimon Peres (Eddie Marsan) over defensive resources; this is routine material also without any spark. Missing defining character traits, it is hard to root for either one, although going back to the dancing subplot, the film seems to be suggesting to funnel money into artistic mediums rather than blowing it all on weapons. After all, the only thing that will solve the Israeli-Palestinian conflict is negotiations, and well, a movie is not required to figure out how that has been working out even 30+ years later. 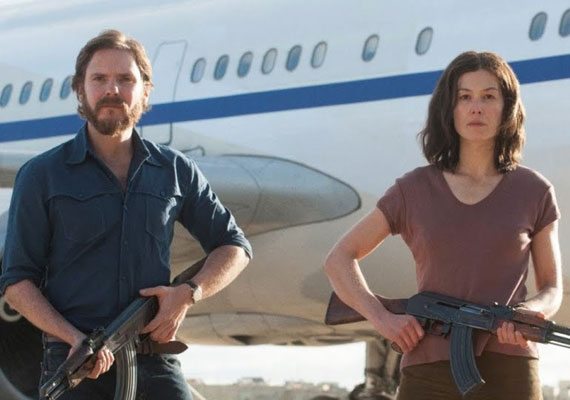 Perhaps the crippling plot here is that all of it is poorly edited in such a way that makes it hard to engage in any of the three major plot threads. More unforgiving is the fact that, for a movie showing us seven days of a hostage situation with hundreds of lives hanging in the balance, not much noteworthy happens at all on a few of the days. In particular, day six lasts roughly 10 minutes and I could not tell you what happened outside of more repetitive rescue mission planning. There are also attempts to garner extra sympathy for a few select hostages, but it’s all badly written, superfluous, and a waste of time. However, when the children in captivity are allowed to run around outside and play for a bit; for a brief fleeting moment, there is an encouragement to desperately want to see their lives safely secured. Again, unless the approach is a TV miniseries, there just isn’t enough room to cover the ground José Padilha admirably wants to explore, even if the film is great in short bursts.

Overall, the messy structure of 7 Days in Entebbe is not the fault of having nothing new to say on the hijacking already much-documented in cinema (undisclosed information has actually been acquired in the time between adaptations of the subject material), but that everything it says is muddled, empty, and bogged down by fighting other subplots for screen time. To be honest, I would have preferred watching the Batsheva Dance Company for two hours.