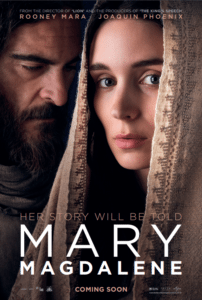 One of most controversial and misunderstood pariahs is given a cultural realignment in this gritty portrayal of Mary Magdalene (Rooney Mara). Chronicling her life B.C. and the subsequent path taken when she decides to follow Jesus of Nazareth (Joaquin Phoenix). 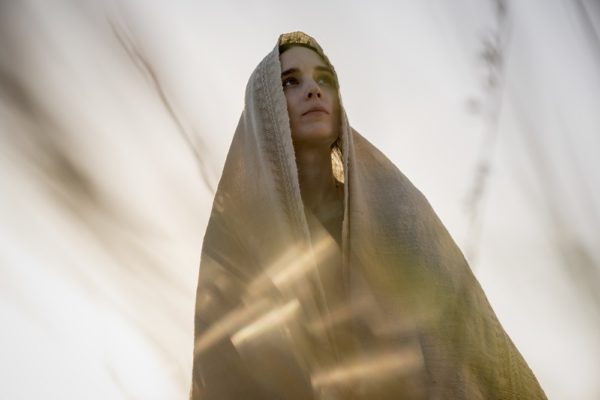 Religious texts are open to individual interpretation, and as such cinema throughout the ages has mined Christianity. From Martin Scorsese’s The Last Temptation of Christ, through to the Mel Gibson’s The Passion of the Christ. The common thread there is that they focus on the main man, yet Lion director Garth Davis, along with screenwriters Helen Edmundson and Phillipa Goslett, decide to shine a light on a woman whose suffering was equal, but for whom history hasn’t been so kind.

Mary is presented as relatively normal, free of the salacious baggage that’s often attributed to her, she is only burdened by questions of faith and the pressure of an arranged marriage, which her father puts down to demons that need to be exorcised during a particularly uncomfortable scene.

Her way out of this life is by following Phoenix’s Jesus into Jerusalem, where inspired by his ideas she becomes a kind of prophet by-proxy and administrator for his fan club.

In the second half of Lion, Garth Davis used Mara in much the same way a lot of directors do, as a contemplative soft-focus subject, for whom dialogue isn’t necessarily important. It’s all about mood. David Lowery did it with both Ain’t Them Bodies Saints and A Ghost Story. It’s hugely complimentary to Mara, some of the best acting is of the unspoken variety, and even if it does add a saintly compassion to her Magdalene, you wish she had a bit more to chew on. 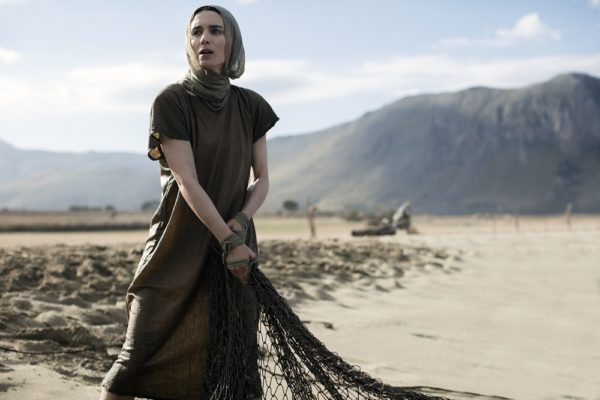 Instead Phoenix is left to to grandstand as Jesus, delivering a performance that’s believable in terms of a travelling prophet convincing villagers to follow him, but he doesn’t quite fit the recognisible JC from childhood little Britain Sunday School tales. Remember though, the caveat is interpretation. This also applies to Tahar Rahim’s excellent turn as Judas Iscariot, who’s portrayed as the most sympathetic iteration of a character so often reduced to panto villain.

Mary Magdalene is beautiful to look at, with Davis able to veer from the kind of epic shots that defined its cinematic Biblical forebearers, to the low-key intimacy that the character demands. It’s also notable for the stunning score from the late Johann Johannsson, which is never obtrusive, but always integral to the moments in the film that work.

Its success as an idea is obvious. A timely and necessary repositioning of a figure who has been muddied by history, all based on very little evidence. How it works as a film is really down to what the viewer takes in with them, but in summary, simply judged as a movie taking place on the road to Jerusalem, featuring a strong Rooney Mara, Mary Magdalene walks firmly down the middle of it.