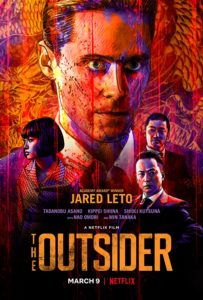 An epic set in post-WWII Japan and centered on an American former G.I. who joins the yakuza. 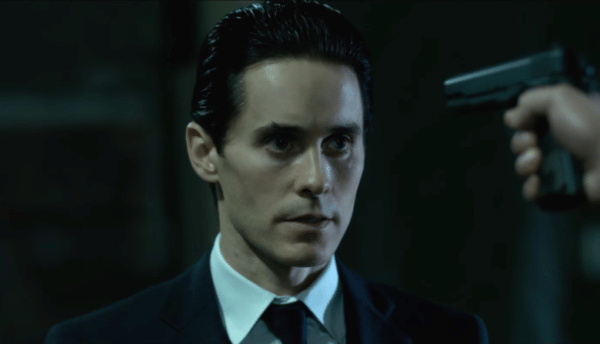 Martin Zandvliet, director of Oscar-nominated war drama Land of Mine, makes an awkward, baffling leap to something resembling Hollywood with this turgid, shockingly tedious crime thriller starring a never-snoozier Jared Leto. Some stylistic flair and a compelling Tadanobu Asano performance rouse occasional interest, but this is mostly just another underwhelming Netflix Original sent out to die with minimal fanfare.

Set in post-WWII Japan, The Outsider follows American soldier Nick Lowell (Leto), who is granted his freedom from prison after saving the life of a well-connected fellow inmate, Kiyoshi (Tadanobu Asano). Kiyoshi happens to be a member of the yakuza, into which he soon enough initiates Nick, who carries out risky hits in order to compensate the crime syndicate for getting him out of jail.

It’s a rather down-the-line premise for a movie we’ve effectively all seen dozens of times, but with a unique, history-rich setting, there was clearly room here for screenwriter Andrew Baldwin (Bastille Day) to carve out an intriguing take which could confront the obvious “whitewashing” issues head-on. Instead, the film lives down to its familiar plot, and fails to do much different or really even basically interesting at all. 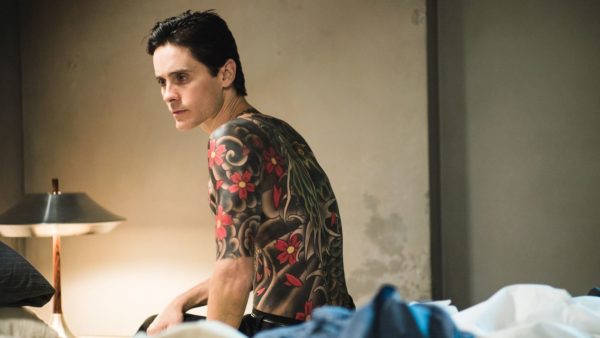 The most obvious issue is that Nick’s just not a compelling protagonist; he’s an incredibly typical fish-out-of-water with an evidently chequered past, but the script gives desperately little insight into the man’s mind beyond his most basic motivations, and his prior history is also scarcely explored. Leto was presumably going for a broodingly intense portrayal here but basically settles for sleepwalking instead, ambling through the narrative stodge with nary a care, in turn delivering possibly his laziest and most uninspired performance to date.

One can envision an effortlessly superior film which focused instead on Tadanobu Asano, who while not exactly working with sterling material himself, at least gives a far more charismatic and intriguing performance as his indebted colleague Kiyoshi. The demands of Hollywood are such, though, that the film needed a pretty white face to sell itself, even though Nick’s status as a “gaijin” has surprisingly little bearing on the overall narrative. Every time Asano’s on screen, though – which frankly isn’t often enough – he lights things up.

Shiori Kutsunaa plays the movie’s other major-ish character, Miyu, Nick’s love interest who, somewhat inevitably, happens to be Kiyoshi’s sister. This of course creates an awkward rift between the two men, effectively forcing the film’s only semi-substantial female character into a tepid soap opera storyline with nothing approaching potent character development or resonant emotion. It is simply another box to be ticked, and further distends a miserable project running two soulless hours. 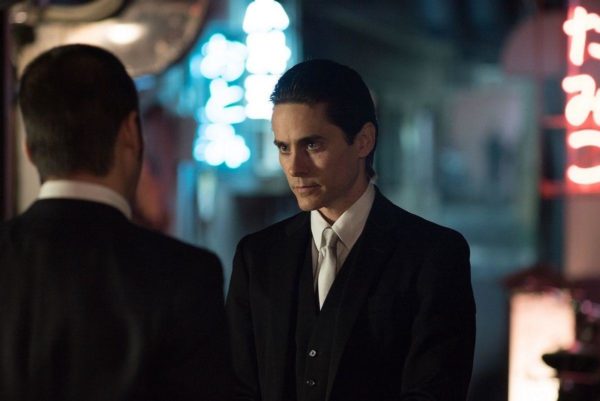 What should be praised, perhaps above all else, is Camilla Hjelm Knudsen’s often pleasant cinematography. The DP is working within a fairly limited scope and palette here, but she captures some beautiful scenic photography and makes the most of the film’s occasional divergences into explosive, bloody violence. These sequences are ultimately too few and far-between, though, and what could’ve been a knowingly slushy B-movie instead ends up feeling like a more laboured and somehow even more pretentious version of Nicolas Winding Refn’s wildly divisive art-thriller Only God Forgives.

From first minute to last, The Outsider thoroughly wastes several talented actors – including Emile Hirsch, who shows up for several minutes in a peculiar cameo – and a clearly skilled team behind the camera, with a script bereft almost entirely of anything close to intriguing context, motivation or action. With a filmmaker like Zandvliet at the helm, the project has clearly been mounted as an art-house riff on a more conventional genre film, but without much energy or atmosphere to speak of, it’s little more than an empty vessel.

Though Netflix has been the warm home of countless great movies that would flounder if given a typical theatrical release, The Outsider is not one of them. It is conversely a movie landing on the streaming platform because, clearly, few would actually want to part with their cash to specifically watch it. As part of your subscription dues, it won’t seem quite so painful a sit, but even then, do you really have 120 minutes of your life to devote to such mild, uninteresting filmmaking?