In the wake of Avengers: No Surrender, a new team of Earth’s Mightiest Heroes will assemble under the creative team of Jason Aaron and Ed McGuinness in Avengers #1, and Marvel has unveiled two variant covers for the first issue, which we have for you here; check them out… 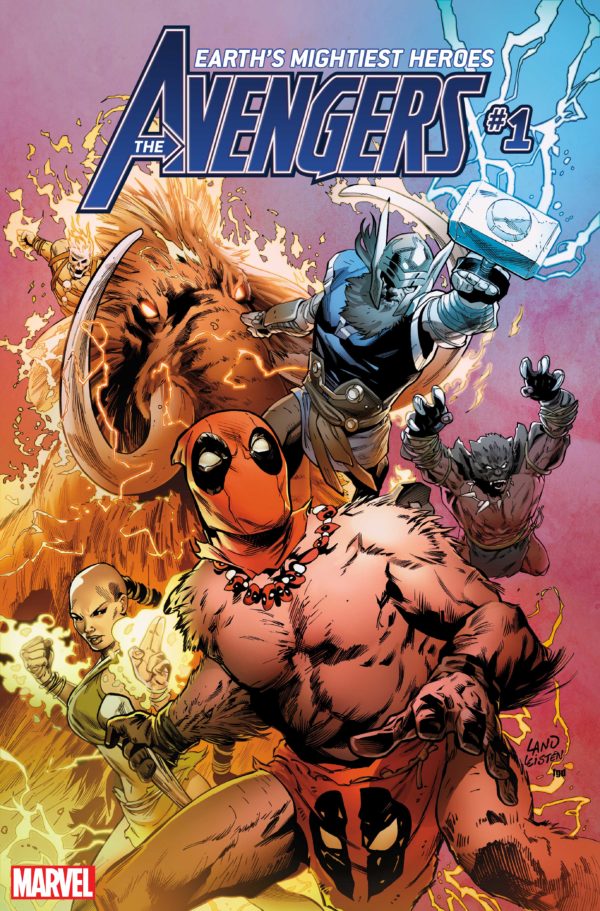 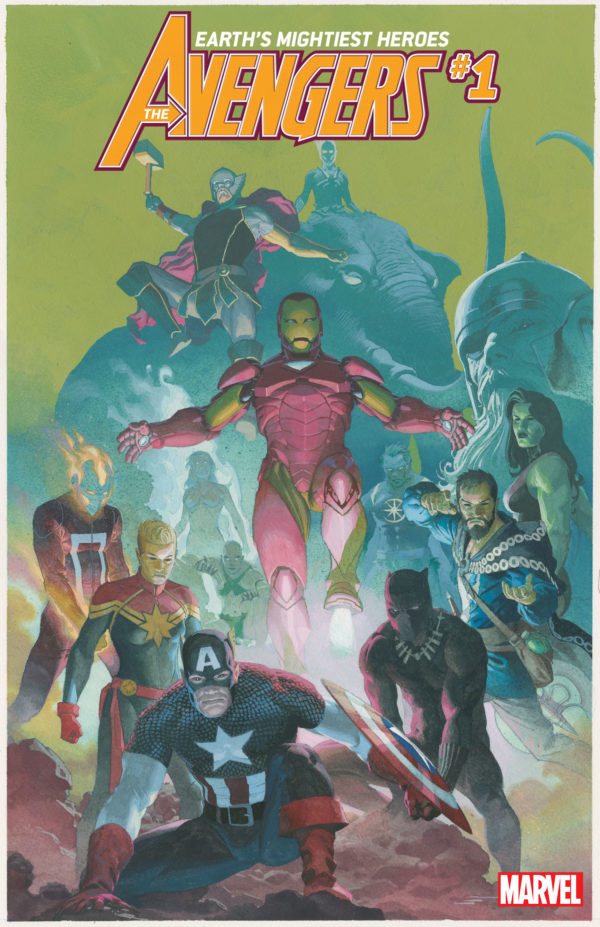 Along with Captain Marvel, Black Panther, Ghost Rider (Robbie Reyes), Hulk (Jennifer Walters) and Doctor Strange, AVENGERS #1 will reunite the powerful Big Three, as Thor, Captain America, and Iron Man work together to save the world from one of their most powerful enemies yet: the 2000-foot-tall space gods known as the Dark Celestials!

Marvel is also offering fans the chance to get their hands on the free Marvel Universe magazine, which contains comic previews, articles on all of Marvel’s exciting new #1s such as Avengers, Tony Stark: Iron Man, Spider-Man, Immortal Hulk and more, behind-the-scenes content and concept art, and spotlights on Marvel’s 2018 Young Guns. 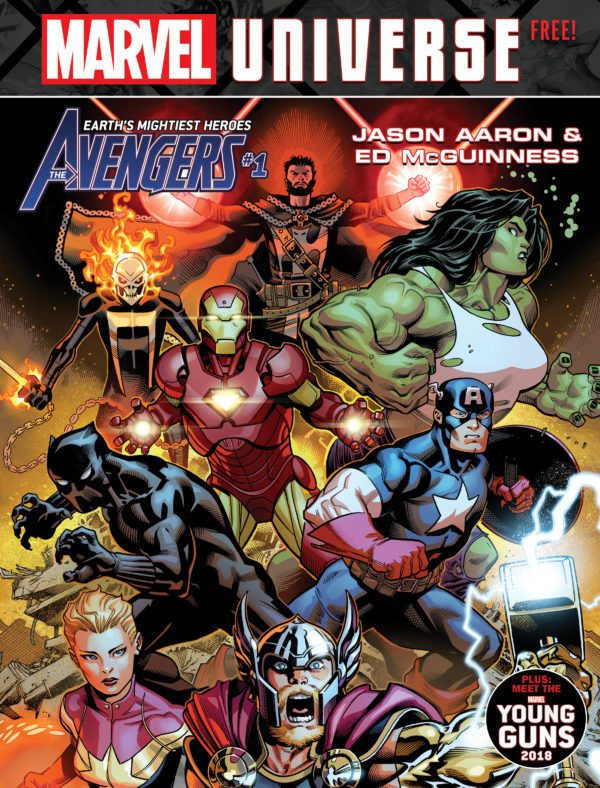