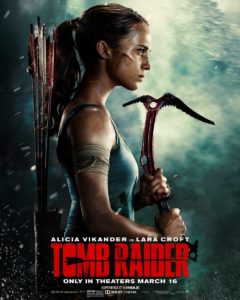 Lara Croft, the fiercely independent daughter of a missing adventurer, must push herself beyond her limits when she finds herself on the island where her father disappeared.

Movies based off video games haven’t always had a good track record, but the new Tomb Raider film from director Roar Uthaug does pretty well with its source material for an entertaining if flawed adventure film. Alicia Vikander makes the film worth watching as Lara Croft through an impressive performance, both physically as well as emotionally, but a lot of the film that surrounds her just doesn’t quite measure up.

Based on the 2013 Tomb Raider game and its sequel, the film acts as an origin story for young Lara as she discovers a clue about her father’s mysterious disappearance and sets off to find out what happened to him. The story is told through a grounded perspective as Lara is put through the wringer to survive and prevent an organization from getting their hands on a potentially powerful supernatural entity.

Vikander is the star of the film and does very well in the role as Lara. She imbues a youthful energy into Lara at the beginning of the film shows how quickly she has to adapt to her life and death situation, putting all her fight classes and street smarts to the test on the island. She’s displays the character’s intelligence and wit well, but really shows off Lara’s survival instinct and physicality. The fights she gets in are gritty and every injury, no matter how small, feels believable thanks to Vikander’s reactions. It helps that Vikander performed many of the stunts herself, just adding to the credibility of Lara’s bad-ass nature and the danger she’s in.

Unfortunately, the rest of the cast doesn’t quite match up to Vikander’s performance. Walter Goggins makes a good enough villain, though he chews up the scenery a bit too much and is supposed to be somewhat sympathetic, but we never quite feel like we get to know him enough to feel any sympathy for him. The same goes for Daniel Wu and Lara’s friend and partner on her expedition; we don’t quite get to know him very well and his personal reason for joining her isn’t explored any further than what’s on the surface. 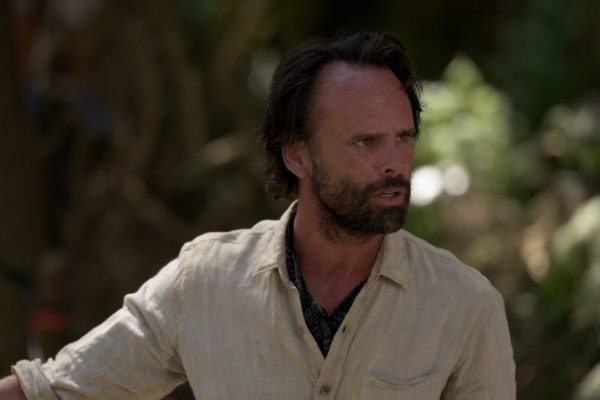 The story is good enough, though it takes a little while to get going. Once it does, it delivers an entertaining adventure with some nice set pieces that feel right out of the Tomb Raider series or other video games, such as Lara sneaking through the enemy camp or having to quickly solve a live-and-death puzzle. There still isn’t much of a story, though, and the ending is somewhat anti-climactic. The best thing that can be said regarding the story is about Lara’s character development as she becomes a fearless fighter.

While the story doesn’t quite live up to itself, the action is fairly entertaining. There are several pulse-pounding moments that are shot well. Uthaug and cinematographer George Richmond have a good eye on what to focus on during the action and, as said, it helps greatly that Vikander performs many of the stunts herself. None of the action is overlong or too short either, but plays for just the right amount of time. 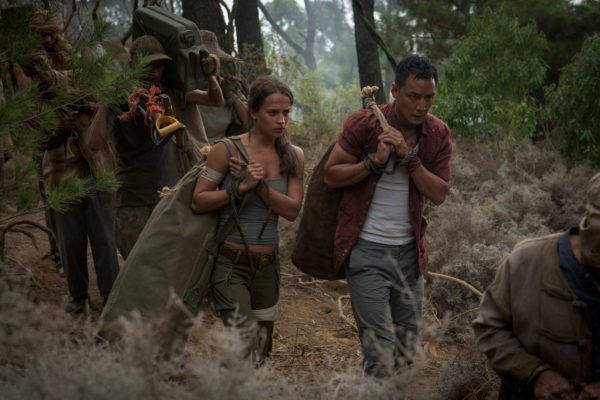 While Tomb Raider doesn’t have much of a story, Alicia Vikander carries the film with her performance as Lara Croft in entertaining action pieces that shows both what a skilled actress she is and how skilled Lara can be. Combining elements from the video games and typical action movies, Tomb Raider is ultimately an enjoyable and fun film.