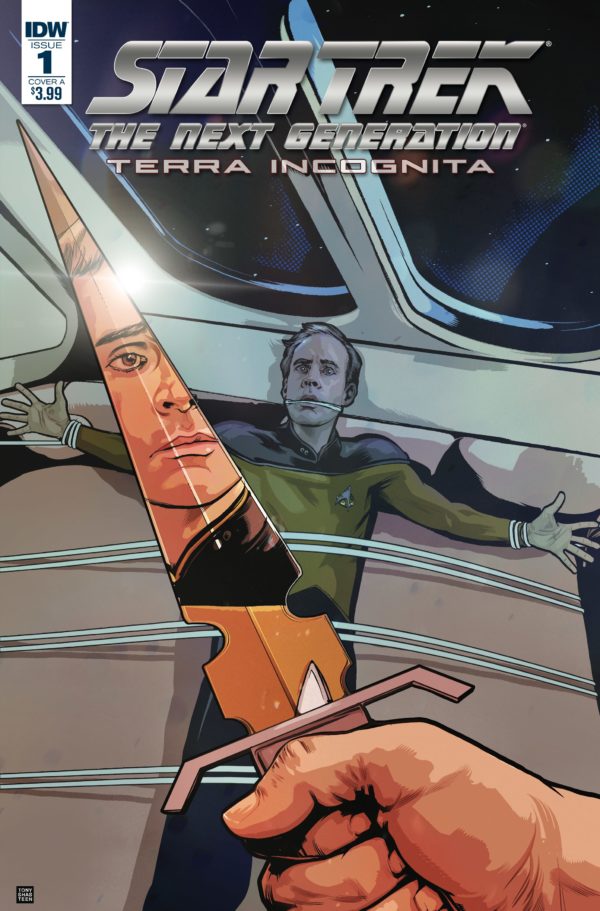 This six-issue miniseries reveals unique, focused stories where beloved characters find themselves in new, unfamiliar situations, in a format echoing the “done-in-one” nature of the television series. However, each issue also features a subtle throughline of an evil Mirror Universe crewmember established in the Mirror Broken and Through the Mirror series remaining on the ship, wreaking havoc while posing as his prime universe counterpart. Featuring the best of both the Mirror and original universes, Terra Incognita is a unique new step in this riveting saga.

“As much as I love all iterations of Star Trek, getting to write for The Next Generation always feels like coming home. And getting to continue the work we’ve been doing with the Mirror Universe is an unexpected bonus,” said co-writer Scott Tipton.

“We hope to bring Trek fans brand-new TNG tales that feel like episodes they somehow missed on television, along with a few shocking surprises!” added co-writer David Tipton.