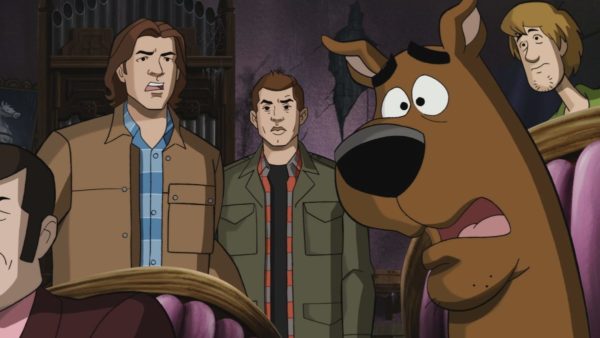 Over its 13-season run, Supernatural has been no stranger to out-of-the-box and crazy stories, such as a giant talking stuffed bear or Sam and Dean being transported to a world where they’re actors in a show called ‘Supernatural’, but next week’s episode is something else entirely. The CW series is doing an animated crossover with another popular supernatural mystery group, Scooby-Doo and the Mystery Inc. gang in ‘ScoobyNatural’.

The CW has released a trailer for the episode which features Sam and Dean being transported into the animated world of Scooby-Doo and interacting with the gang. Check it out below…

Sam (Jared Padalecki), Dean (Jensen Ackles), and Castiel (Misha Collins) are transported into the animated world of Scooby Doo where they join forces with the Scooby gang to solve a ghostly mystery. Robert Singer directed the episode written by Jim Krieg & Jeremy Adams. 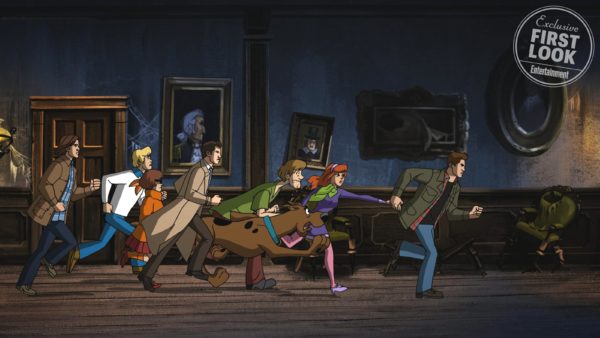