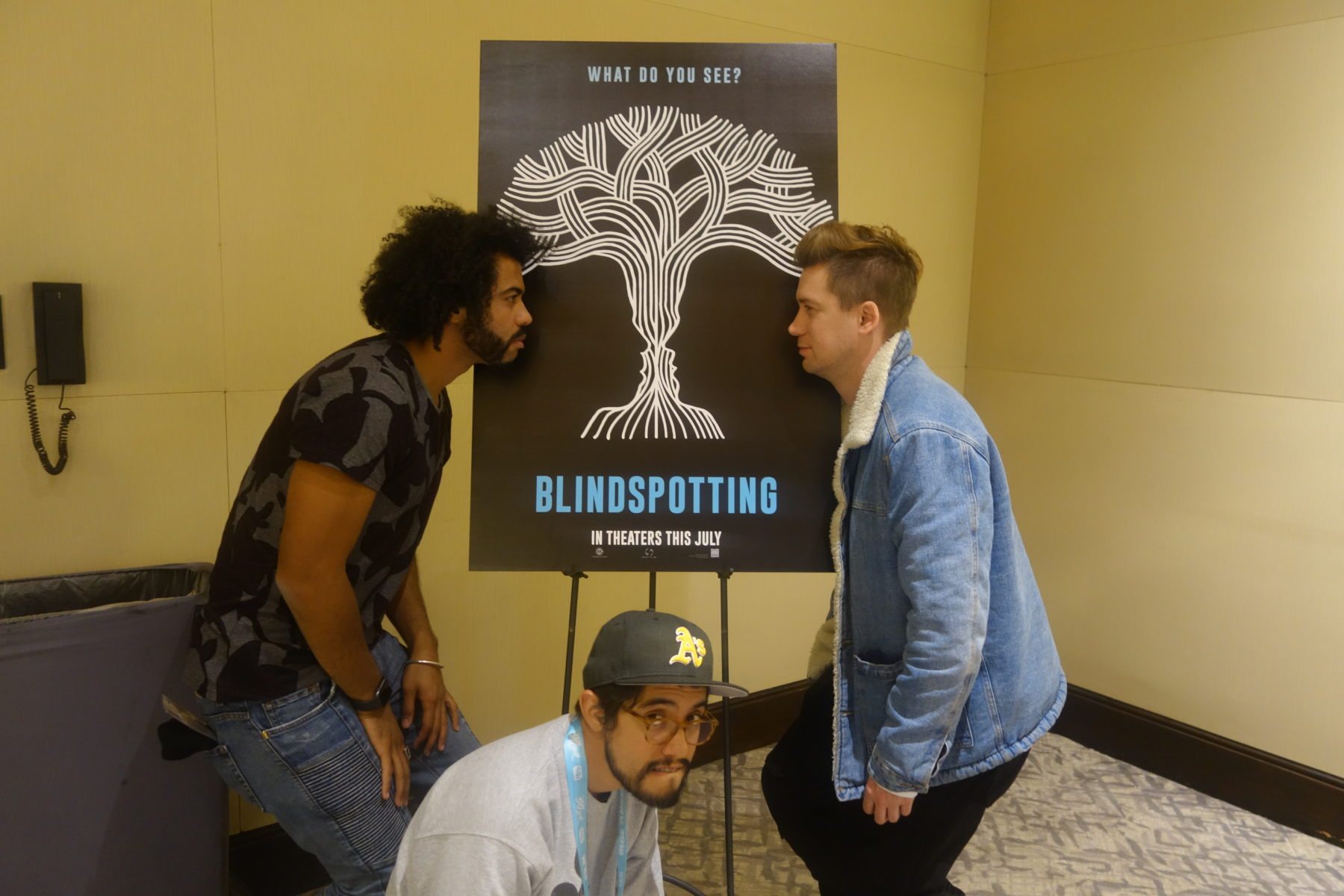 Coinciding with its premiere at SXSW, Flickering Myth’s Rafael Motamayor got the opportunity to sit down with first time feature director Carlos López Estrada and stars and first-time feature writer/producers Daveed Diggs (Hamilton) and Rafael Casal to discuss their new film, the timely drama/comedy Blindspotting. Watch the interview in the video below, or check it out over on our YouTube channel…

Synopsis via SXSW: Collin (Daveed Diggs) must make it through his final three days of probation for a chance at a new beginning. He and his troublemaking childhood best friend, Miles (Rafael Casal), work as movers and are forced to watch their old neighborhood become a trendy spot in the rapidly gentrifying Bay Area. When a life-altering event causes Collin to miss his mandatory curfew, the two men struggle to maintain their friendship as the changing social landscape exposes their differences.

Blindspotting is set for release on July 27 in the US and sees Carlos López Estrada directing in his feature debut a cast that includes Daveed Diggs and Rafael Casal in their feature writing and producing debut.