Rafael Motamayor chats with documentarist Tiller Russel on how to get criminals to trust you, believing an unbelievable heist story and more… 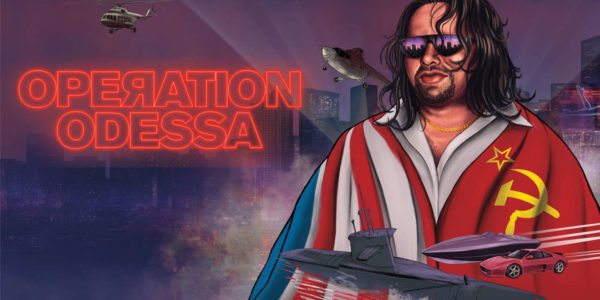 Just before I went to SXSW, I was looking through the film slate trying to build my schedule for films to see during the festival. At one point I came across the documentary section, and a film titled Operation Odessa. The description read “OPERATION ODESSA is a true crime documentary about a Russian mobster, a Miami playboy and a Cuban spy who sold a Soviet submarine to a Colombian drug cartel for $35 million.” I didn’t even finish the rest of the paragraph before I emailed the film’s publicist and asked for a link to watch the documentary.

The main subject of the documentary is a Russian gangster who used to work as an enforcer for the Gambino mob in New York before he moved to Miami to open a strip club named after his favourite movie. The club’s name? Porky’s. The man’s name? Ludwig “Tarzan” Fainberg. Fainberg and his buddies even conducted a few deals out of my home country of Venezuela. As soon as I finished the film, I went through my emails and found out both the director and Tarzan would be in attendance, and I couldn’t have asked for an interview fast enough. Unfortunately, Tarzan couldn’t make it because of troubles with the law (what a surprise!), but director Tiller Russel (Chicago Fire and Chicago P.D. writer) did have some fascinating stories. 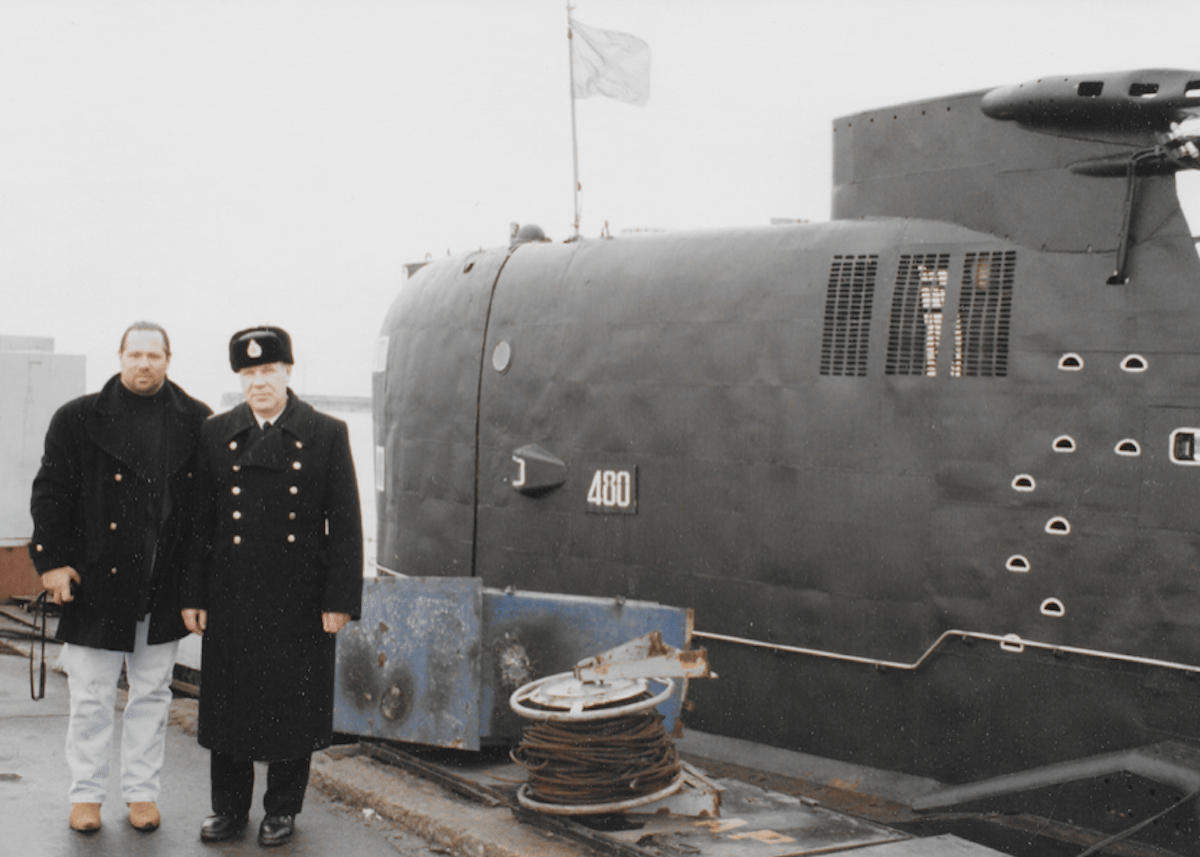 I’m still trying to figure out if I do believe everything in the movie happened, because it’s an unbelievable story. How did you first think of making this into a documentary?

A narc I know called me with a tip and said, “this is the craziest true crime story you’ve ever heard” and he told me about this Russian gangster named Tarzan who once sold a nuclear submarine to the Cali Cartel. We know it’s true because we have all the photographic documentation and the wiretaps and we convicted him on that, and he’s locked in a Panamanian prison – but he has a Blackberry, and he asked me if I wanted his phone number. I said ok and that’s how it all started. Seven years ago I got the tip, then I jumped on a plane and flew to Panama into this prison. Someone smuggled me into the prison to meet Tarzan, and I just thought he was fascinating and hilarious and larger than life. Then he shut down, wouldn’t cooperate, wouldn’t tell the story because they had threatened his life once they found out that I was there to tell the story. And then eventually he did a jailbreak out of Panama, went to Costa Rica, then Cuba and the Cubans repatriated him to Moscow. When he ended up back in Russia he emailed me saying “Jailbreak. I’m out. Let’s make the movie.”

Even the making of this movie sounds unbelievable. How do you pitch a story like this?

It’s funny, I was just saying to my wife the other day, if I were to write this story – and I am a writer for TV and movies and whatnot – as an original story and pitch it to producers they would say it’s a terrible pitch, it’s ridiculous and it could never happen. But only because it’s a true story, does it work. Then when you suddenly have all of the evidence that was used in the court case, from 15000 hours of wiretaps to surveillance video to photographs of the guys and the submarine you go “holy shit, this story has to be told as non-fiction” because it’s so surreal it must be true.

Since you mention television, how is it going from fiction and non-fiction?

I go back and forth, most everything I do is crime and in the criminal underworld from both sides. I frequently work with cops or feds or the U.S. attorney’s office. Some other times I just work with a network of criminals that I know. The people on both sides belong to their own ecosystem and it’s a world you never get access to unless you’re one of them, yet they know each other really well and the line between the two is very thin. So whether it’s fiction or non-fiction the search is always to get at the truth and the stories that are a product of extreme circumstances. 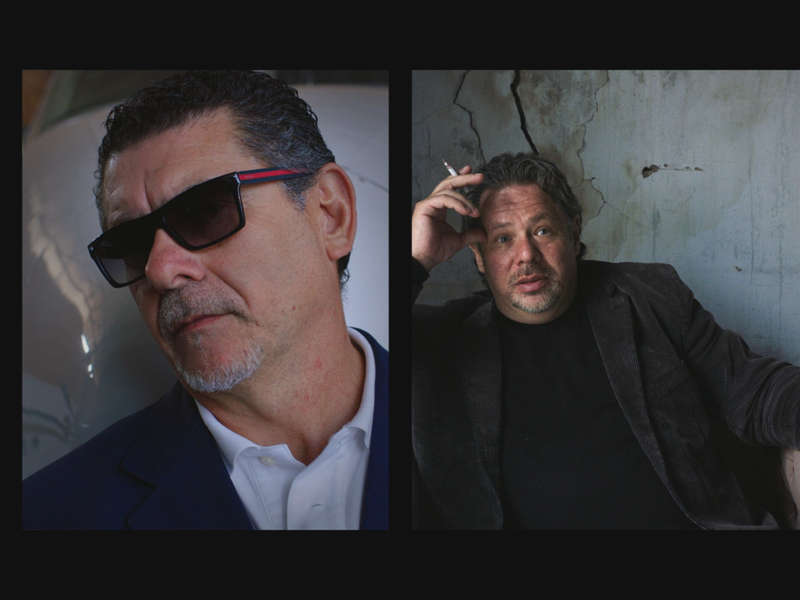 I found it interesting that the documentary is sort of structured as a heist film, from the story to the music.

That’s exactly right. This is a caper movie, and that is the story that they lived. I started thinking and it was basically, “Once upon a time in Miami there’s this Russian gangster who may be half a dipshit or half a genius, nobody’s sure, but he’s at a place in time where culture is changing. On one hand you have the Colombian cartels at the pinnacle of their powers. It’s post-cocaine cowboys, no more blood in the streets, only money and dope. At the same time the Soviet Union is collapsing, and as law enforcement feared you have unlimited Colombian cocaine money coming into contact with Russian military hardware. So you have sort of an overnight globalization and renationalization of crime”. I forgot what the fuck you asked me.

I asked about it being structured as a caper.

Oh, yes. So, basically what these guys did was a series of heists. When I pitched the documentary, I went “Once upon a time this guy sitting here in a strip bar in Miami asks another guy, hey can we get a couple of AK-47s and the other guys says sure and they get them. Then they ask him, can you get military attack helicopters? Yes, we can. Ok, can you get a nuclear submarine?” And so it was already a ready-made, escalating three-act structure where the stakes keep getting bigger. And then at the heart of it is also the friendship in a kind of a love story between these three guys, who double-cross each other and mess with each other, but who love each other nonetheless. So it was a combination of the ready-made genre elements of a caper, and the sort of romantic comedy between these guys.

This may get into spoiler territory, but I have to ask, how the fuck did you find Nelson Yester? Because in the film itself everyone tells you it will be impossible to talk to him.

Yeah, that was a crazy experience. I told everybody on both sides since I was working both with the cops and with Tarzan to get all sides of the story – and I told them all “Gotta meet him, gotta meet him, gotta meet him.” And everybody, as you see in the movie, say it was never gonna happen. But I gave everyone my number saying if they hear anything, just let me know. Then one day while filming in Moscow with Tarzan I got a text on whatsapp on my cell phone and it said “You’ve met the waiters, you should come meet the chef. Meet me in Africa for a cup of coffee in you want to know what really happened.” 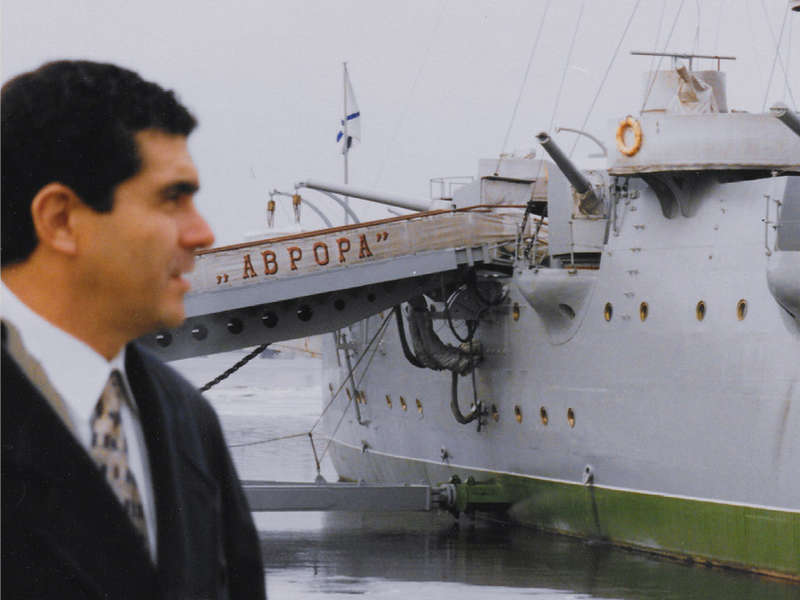 Were you scared at any point?

Well Yester is a very intimidating guy. He’s a very serious guy, but he’s also very charming, and funny, and incredibly smart. So in retrospect what I did seems insane to me now, but at the time I was just so dying to know that I went you know chasing and charging after it. But it was surreal for sure. I jumped into a car with him thinking “no one on Earth knows where he is or how to find him, and I’m about to jump into a car with him.” Not knowing whether I would make it back. In retrospect I should have felt like a moron, but at the time it was so insanely gripping, and it felt like I had no choice.

You never get the three guys together during the movie, was that on purpose?

Yes, I deliberately didn’t want to because everybody tells different pieces of the story, and people sometimes tell conflicting versions of it. So by cross-referencing what they say with everything that’s in the case files from the cops and feds and attorneys, you can go to the next person and say “this guy told me this, and I know it’s bullshit” and you can call their bluff on any inconsistencies. But they were shockingly open about the whole thing, because they knew it was a great story. I think.

Operation Odessa premieres on March 31st on Showtime and will be available on demand in the U.S. on April 1st.