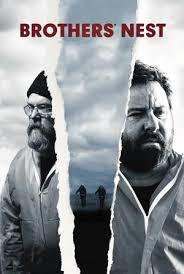 With their Mother dying of cancer, intent on changing her will to benefit her new husband before she dies, two brothers go to extreme and deadly lengths to protect their inheritance from being signed away before it’s too late. 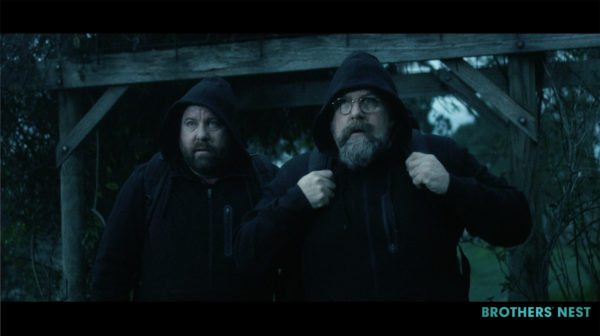 All siblings fight, and more specifically, all firstborns manipulate their younger siblings to do stupid things at one point or another. Maybe you got your little sister to eat dirt thinking it was a pie, or maybe to convinced your brother to say it was him who broke the TV and not you – or maybe you’re like Clayton Jacobson’s Jeff and you get your brother to help you murder your stepfather and stage it as a suicide because your cancer-ridden mother changed her will to leave the family house to him.

But before we get to that part, Jeff and his younger brother Terry – played by Clayton’s real brother Shane Jacobson – enter their family home like they are coming for a quick visit. They joke around about the state of decadence in the house and the crazy amount of clocks and cars spread out throughout the property. Their banter will have you in stitches and the brothers will have you believe every piece of dialogue was improvised on the spot – that is, until they bring out the hazmat body suits, the gloves and the shoe covers.

Written by Jaime Browne specifically for the Jacobson brothers, they are what Brother’s Nest lives or dies by. You just can’t fake the chemistry showcased by the brothers. Their banter will make you laugh, but there’s a dark history behind the jokes, and when the words stop hurting, the brothers will resort to more jokingly-violent means to make each other miserable.

Brother’s Nest could neatly be divided into two stories. The first one plays like a Coen brothers comedy, showcasing the Jacobson’s acting skills while familiarizing the audience with both their family home and the intricate plan Jeff’s clearly had brewing in his mind for some time. Every miniscule detail of the murder is explained, and when Jeff starts talking about what to do if something goes wrong – like if Rodger sees them and they have to stage a robbery by junkies and how they’d kill Rodger Roman style by stabbing him in the armpit – while Terry shows to have second thoughts about the ordeal, as he and Jeff have different opinions on their stepfather and the way their biological father left the picture.

As we get closer to Rodger coming home, the film turns darker and becomes a Hitchcockian thriller. Clayton Jacobson elevates the script with an unflinching eye for all the brutal and heinous things that occur, and doesn’t shy away from getting close to the violence, right before leaving it in the background as an afterthought. This half is shot to maximize the horror, and it even includes a few jump scares, but because by this point we care about this shitty dysfunctional family, it just gets sad to see them getting destroyed by their own problems. 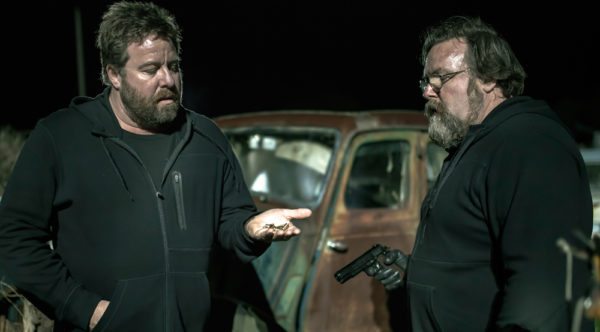 It is almost a cliché to say a location is a character, but in the case of Brother’s Nest it is actually true. We get to know the layout of the house, the little details like the clock collection, and how much it means for the characters (the director later said that they changed the script to accommodate some of the house’s perkiness).

If you like to see dysfunctional families fight and attempt to kill one another, and New Zealand comedy/thrillers like Housebound, then look no further than this sad tale of brotherly love/hate that the Jacobsons have crafted. Brother’s Nest will make you laugh, then hold tight to the armrest of your seat, and ultimately cry.

Brother’s Nest had its world premiere at the SXSW Film Festival.