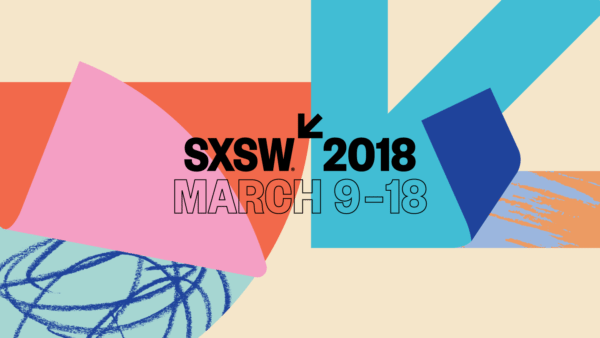 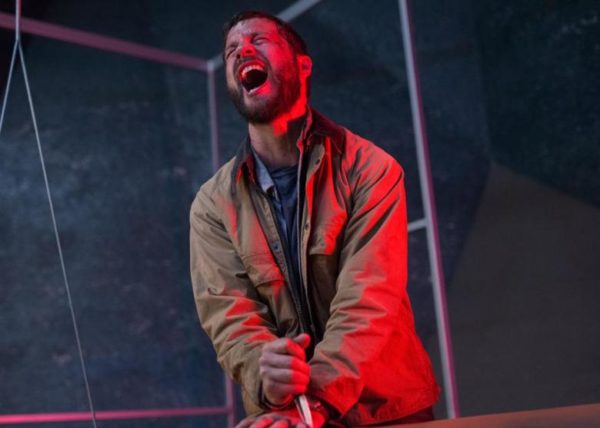 There’s a scene in Upgrade where a man sneezes, and suddenly the camera zooms in to reveal a bunch of nanobots that instantly kill a guy. Do you really need more to convince you to see this film? Alright, then.

After making a name for himself co-creating the Saw and Insidious franchises, Australian director and writer Leigh Whannell tries his hand at a sci-fi/noir/thriller/gorefest for the post-Alexa world. Logan Marshall-Green plays Grey Trace, a technophobe in the near-future who scoffs at people who depend on self-driving cars and computer tables. But after a night out, his wife is killed by a thug with a hand-turned-gun and he’s left paralyzed.

Marshall-Green should be able to shake all the Tom Hardy comparisons after his performance in Upgrade. The moment he leaves the hospital wheelchair-bound, you feel the anger and utter despair in his facial expressions. And when his former Steve Jobs-looking client Eron (Harrison Gilbertson) offers him a cure in the form of a “Stem” chip implant that reactivates the connections between his brain and atrophying muscles.

There’s a small catch. The chip implant comes with a Siri-style mind and voice of its own (voiced by Simon Maiden). At first Stem just helps Grey move around and provide funny commentary, but when it tells Grey that it can zoom in and enhance Grey’s memory of the night his wife was murdered to find a clue, the two will embark on a revenge mission to find and eliminate the murders.

Upgrade gracefully combines the sci-fi noir of Blade Runner with a slapstick buddy comedy that results in the blood-dripping, limb-crushing R-rated Iron Man film you’ve always wanted. Only instead of a suit, Jarvis takes control of Tony Stark and kicks some ass. When in danger, Grey gives full control of his body over to Stem, who instantly becomes a Neo-level killing machine capable of acrobatically dodging punches, while kicking a guy’s face and cut off a man’s jaw all at the same time. It is also here where most of the film’s laughs come from, as Marshall-Green gives a showcase in acting by having his head act independently from his body. Grey’s body pulls off an elaborate dance of death, while his face does all the emotional acrobatics, looking baffled and in complete disbelief, then kind of excited about his newfound powers, before turning to utter shock and horror at the brutality his body is committing.

Whannel’s Saw influences are used to gruesome effect in Upgrade. Despite having an actual message about the price of technology and our dependence on it, Whannel clearly has a lot of fun finding imaginative and gory ways to end a human life – from making a jaw literally drop, to the aforementioned sneeze kill. Fight scenes are neatly choreographed, with clever use of smooth camera movements for Grey’s face, and more robotic and calculated motion tacking shots for when Stem goes all John Wick on someone. At times this film feels like a more action-heavy version of a Cronenberg body-horror film, with scenes designed to make midnight crowds go bananas.

Leigh Whannel and production designer Felicity Abbott have crafted the most expensive-looking Blumhouse film yet. This is a believable futuristic world that doesn’t feel impossible, while still featuring polygon cars and arm-guns. The colourful neon lights give Upgrade a sci-fi noir look that makes the gruesomeness pop out, while the soundtrack makes the blood pump when the action scenes come.

Honestly, there’s so much more to Upgrade than I am even mentioning here. Betty Gabriel is making a name for herself, and she’s great in this film as the only character with clear morals. The humour really compliments the action, and the tech-paranoia together with the world building could make this one Blumhouse’s next big franchise. This cyber-punk blood fest is clearly made with the midnight crowd in mind, and you won’t be able to forget this one anytime soon.