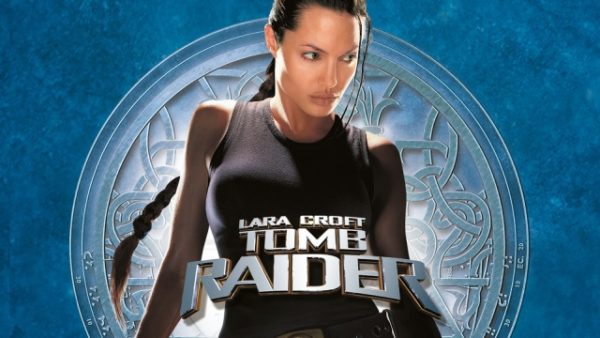 These interviews are taken from Lights, Camera, GAME OVER!: How Video Game Movies Get Made – available now from all good book sellers.

By the end of the 1990s, the idea of turning a video game into a movie wasn’t high on the list of priorities for Hollywood studios. The failures of Super Mario Bros. and Double Dragon vastly outweighed the box office (though not critical) successes of Street Fighter and Mortal Kombat. However in 1996 a video game character graced TV screens around the world and quickly became a pop culture icon. Her name was Lara Croft and her game, Tomb Raider, was a smash-hit on PC, PlayStation and Saturn, and her sequel, Tomb Raider II, made her a household name. “While there had always been adventure games before Tomb Raider, we had just gotten into an age of properly three dimensional adventures where Tomb Raider was part of a zeitgeist along with games like Resident Evil and Tekken that had brought these previously two dimensional styles of games into a whole new playing field,” former Flickering Myth video games editor Kris Wall argues. “It was just an incredibly exciting time to be playing video games and seeing these worlds come to life in ways we’d never seen or experienced before.”

Several publications would herald Lara Croft’s rise in media popularity as the moment when the perception of video games moved from bedrooms to the mainstream. PlayStation Magazine said that she “brought Girl Power to video games” and helped redefine the role of women in the medium. “We’d already had a strong female character before Lara Croft in the form of Samus Aran, but her femininity had been hidden beneath a suit of heavy space armour,” Wall argues. “Lara Croft was the first one to be featured front and centre so prominently in marketing and promotion.”

It didn’t take long before Hollywood came knocking at the door. 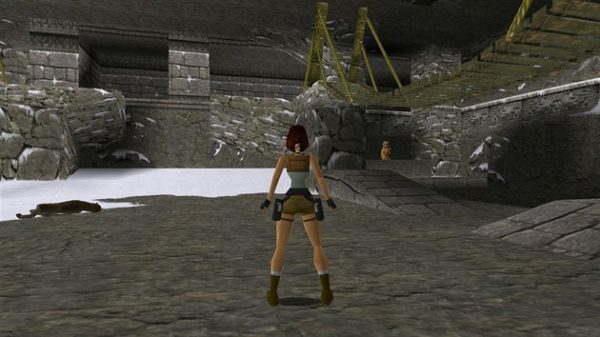 Brent Friedman (writer): Charles Cornwall, who owned EIDOS at the time, was in Beverly Hills and my lawyer set up a meeting between us and we just talked. At the time, they were contemplating either doing a TV series or a movie and he hadn’t decided which one. And the meeting wasn’t like, ‘what do you want to do’, but I did say that I would do a feature. Just because her adventures seem so big and epic that trying to do that on a weekly TV series; I just thought that would be really challenging. It just felt like Lara Croft needed a bigger stage.

Tomb Raider: The Movie was announced in Variety on March 17th 1998 with producers Lawrence Gordon and Lloyd Levin leading the project which was being dubbed “Indiana Jane”. Friedman had already stepped into the realms of video game adaptations with Mortal Kombat: Annihilation. Although it was a box office and critical bomb when it was released in 1997, his connections to the video game world made him an ideal candidate for writing a script.

Friedman: I pitched my whole take on The Egyptian Book of the Dead, and I think I got halfway through the pitch and [producer Lloyd Levin] loved it. Now I had no way of knowing, but he had majored in Egyptology or something like that and he was absolutely fascinated by the book of the dead. So he loved the pitch and I was hired.

However, Friedman was not the only person writing a script.

Sara B. Charno (writer): We wrote simultaneously. I was told two people were hired to write the script simultaneously and they were going to choose whoever’s script they liked best.

Friedman: The studio loved my treatment but he felt it was too expensive. Like, unproducable. And maybe it was and maybe it wasn’t. So it was insisted by him that, even though the studio had liked what I’d done and was ready to send me out to script, I had to come up with a whole new take.

Charno: I had two pitches. The first pitch was Lara was looking for the 8th Wonder of the World [and the second pitch] was about the Harmonic Convergence, the lining of the planets: the allowing of an evil force to happen. So she had to work out where it was going to be and what she had to do in order to stop it. 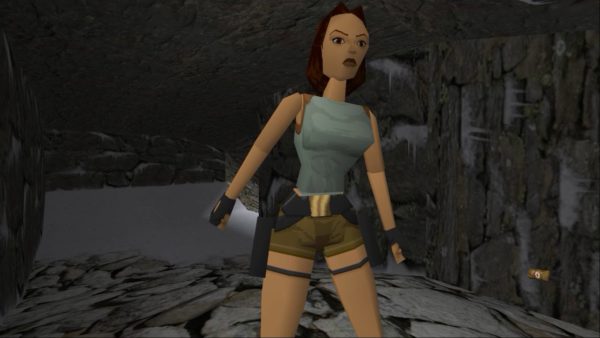 Friedman: I came up with two different takes. I don’t remember what the second one was, but the one that ultimately they chose me to write was one was – and this was before the Disney movie – the search for El Dorado, the lost city of gold. But my whole take was, El Dorado was ultimately not the prize. The prize was a transmutation device that turned lead into gold. And so I pitched this and to make it contemporary, it had a bad guy who was trying to get his hands on the device to turn gold into plutonium.

Charno: When I was approached, what they wanted was a movie that was in-line with the game. In that there are different levels of difficulty. And much like the game there were clues to find out and there are tools you can pick up and those tools will help you later down the line. So that was the structure they asked me to write, and my original script was based on that kind of structure. So in my script, she encounters a pen or a penknife which she would pick up and would later be used to get out of a problem.

Friedman: What [producer] John Goldman really liked about my pitch was that it was about her relationship with her father. About the guilt she felt about him dying and what not.

Steven E. de Souza (writer): In one case it was too derivative of Indiana Jones, almost beat for beat, one was too childish and there was one that was too dependent on magic. And I know there’s supernatural elements to Indiana Jones, but it doesn’t come in until the end of the movie. He doesn’t use a crystal ball to solve problems or throw magical rune stones, but this was too dependent on supernatural elements at convenient times.