Opening with a sequence that draws inevitable comparisons with Stephen King’s IT, this installment of The X-Files sets out to scare the pressed suit pants off you with a monster-of-the-week prologue that’ll haunt your dreams.

A young boy is playing on a roundabout, singing in that A Nightmare on Elm Street rhyme style about Mr. Chuckle Teeth, the perma-grinned star of a children’s television show. He clutches the doll in his hands as his mother ignores his claims that he can see Mr. Chuckle Teeth in the woods. Before you can say, “They all float down here”, the yellow mac-sporting boy wanders off to find the laughing clown, with a grizzly outcome. 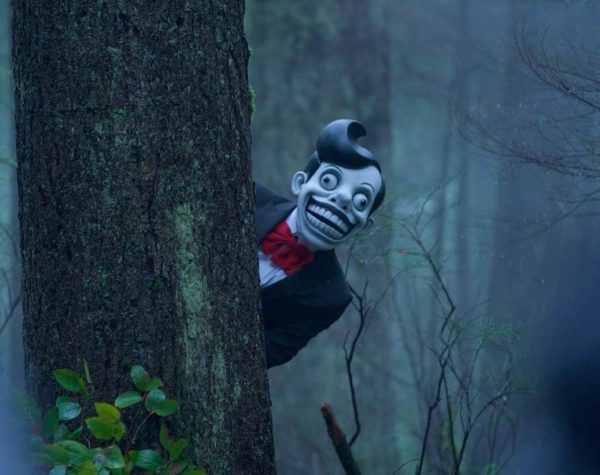 This signals the arrival of Mulder and Scully, whose creature in the woods episodes are the stuff of classic X-Files; we all remember poor Queequeg, and their first ever case involved kids being abducted from the forest.

However, it also signals a shift in tone for the episode, not to anything comedic, although Mulder’s early assertion that Scully is his “homie” is rather charming, but from a ghost hunt, to a witch-hunt.

‘Familiar’, which refers to a demon dog that’s supposedly guarding the gates of hell, evolves into a Wicker Man narrative of finger pointing and cloak-and-dagger small town politics. It’s another obvious parallel with the new world that The X-Files finds itself in, focusing on mob culture and the rush-to-judge nature of society. Here people aren’t burned by social media trolls, but by literal spontaneous combustion. This final run of the show might have been inconsistent in terms of quality, but its desire to stay relevant has been a undeniable success. 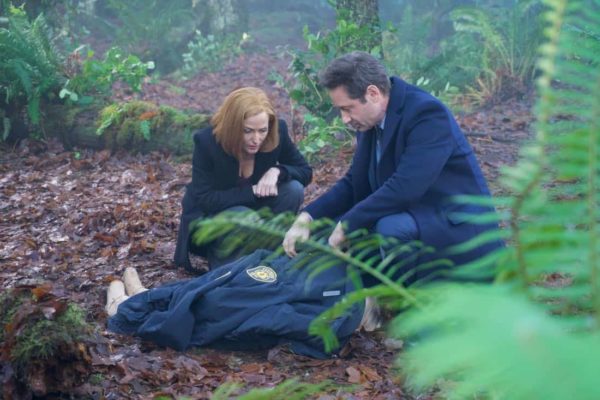 It’s also the most disturbing episode of the season, with moments of genuine horror scattered throughout. The appearances of Mr. Chuckle Teeth are as freaky as anything in You’re Next or The Strangers, or come to mention it, the last two seasons, but it’s the act of human violence that triggers the shift in narrative that’s the most shocking element of ‘Familiar’. It’s a reflection of the world we live in that the monsters aren’t necessarily the scariest things lurking in the dark.

It might not be the most original case the duo have investigated, but if it’s to be the last standalone before the show heads to the big beam of light in the sky, then it’s a pretty decent echo of some classic episodes.

SEE ALSO: Promo and images for The X-Files Season 11 Episode 9 – ‘Nothing Lasts Forever’