Frank Oz, the master puppeteer behind Yoda (most recently in Star War: The Last Jedi) has revealed that if a solo Yoda film is made, there is no way he can be a puppet. 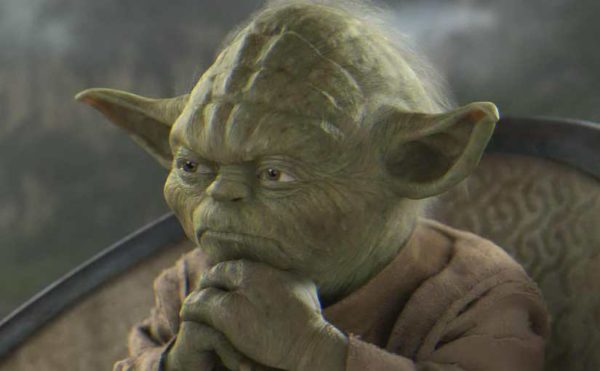 Yoda recently popped up in a cameo appearance in The Last Jedi, delighting fans with his classic puppet appearance, just as he was in The Empire Strikes Back and Return of the Jedi.

Yoda was of course present in the prequel trilogy as well, eventually becoming a full CGI creation, and this is what fans should expect should a solo Yoda film ever be made, according to Frank Oz in a recent interview.

“You know what, I keep hearing that and I know nothing about it,” Oz revealed to IGN regarding a potential Yoda movie. “Believe me. That’s way too difficult for me. I rehearse a long time just to do one line of dialogue [as a puppeteer].

Oz would certainly know the logistics behind such a potential operation and it absolutely sounds like it would be an impossible task to have a dynamic Yoda on screen for a full movie in puppet form.

Would you be interested in a Yoda solo film with the character being a total CGI creation, as in the prequel movies? Or would you rather Lucasfilm stick to puppet style cameos?