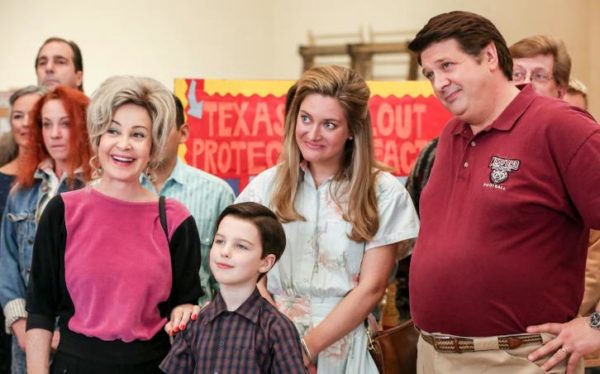 Versatility in a comedy actor is essential but few are ever given the opportunity to showcase that talent ironically. However just such a thing occurs this week in an episode which is both whimsical, emotive and situationally comedic. Rumour has it that Iain Armitage might well be the youngest actor to ever receive an Emmy nomination in a comedy category. At present this has yet to fester into fact but those in the know are currently putting all their money on just such an anomaly.

Afforded the chance to stretch his acting muscles and get those baby teeth into more dramatic fare Armitage tackles King Lear, Lloyd Webber’s Evita and becomes a pint-sized song and dance man. If ever there was doubt about who this show truly belongs to those misgivings should now be cast aside. Ably supported by his on-screen family this Sheldon Cooper takes another step on the road to total dominance, just as his older incarnation did with Big Bang. 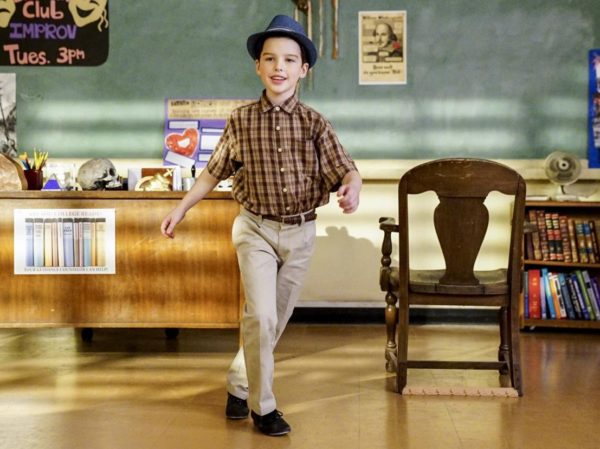 Whether rallying his high school counterparts or admonishing the school system for failing to embrace his scientific designs, this is grandstanding understatement encased in casual attire. These showrunners have managed to strike gold once more by fashioning a microcosm of Americana around an unlikely protagonist. By rights this Sheldon Cooper more than our contemporary version should never have made it out of the gate. Pre-pubescent child geniuses are rarer than baby pandas and one would guess equally demanding, so to make them not only likeable but endearing is miraculous.

Still trading strongly on the culture clash card there are moments week on week which are laugh out loud funny purely because of their juxtaposition. These moments might be fleeting but equally subtle character moments between family members continue making Young Sheldon easy viewing. No earth shattering reveals or grand epiphanies occur and yet these writers continue hitting all the bases which go into making Young Sheldon concisely entertaining stuff. Like a highbrow version of any Australian soap opera you care to mention, great care is taken in lacing together these mini vignettes into one cohesion whole. Meaning that on a weekly basis you can just dip in and out at will and not miss anything crucial. 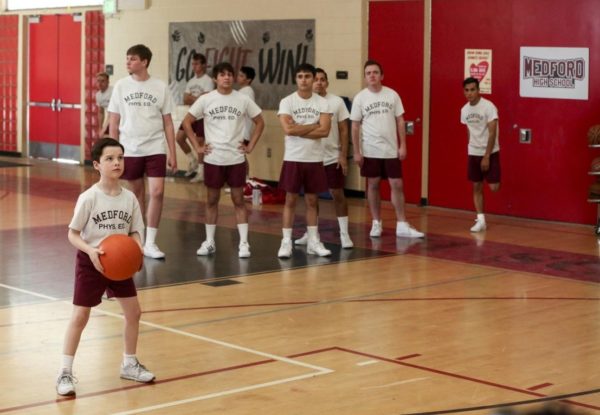 Over time there will be those who regret not catching this series on its first go around and somewhere this template is already being copied. As we know the first one though the wall always gets bloody, but equally there are those who follow only to bleed an idea dry before moving on. For the unfamiliar might I suggest catching up before you miss the boat completely?