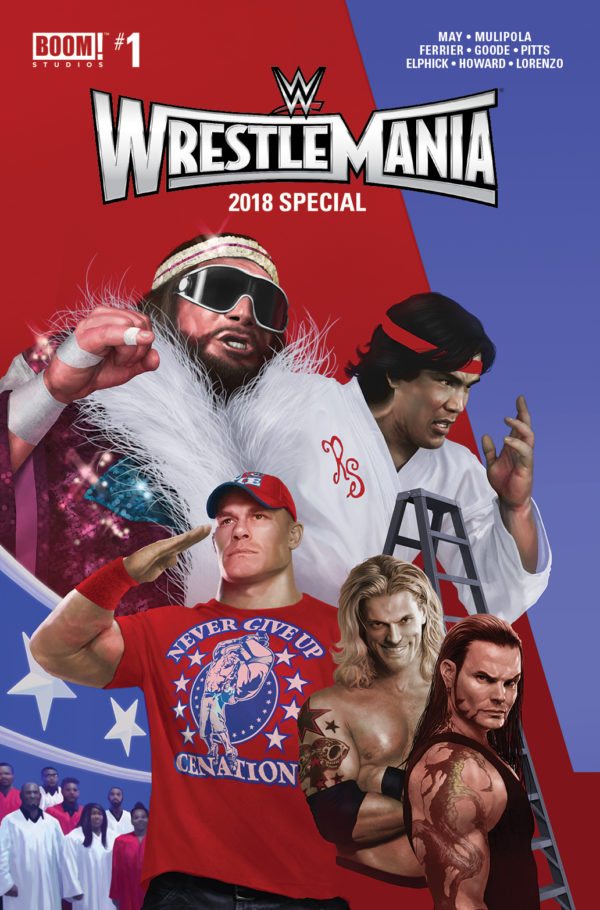 The Boom! Studios specials for the big 4 PPVs have, for the most part, been a resounding success. The most recent entry, The Royal Rumble special was arguably the best in the series yet and featured the comic book debut of current WWE champion AJ Styles. There are no big names attached to the WrestleMania issue, and sadly, the comic fails to live up to the big event itself.

As is usual with these special editions, Boom! Studios have treated us to a bumper comic book, providing us with four tales selected from WrestleMania history. So let’s break down the four stories individually and see which of them is fit to represent the grandest stage of them all. 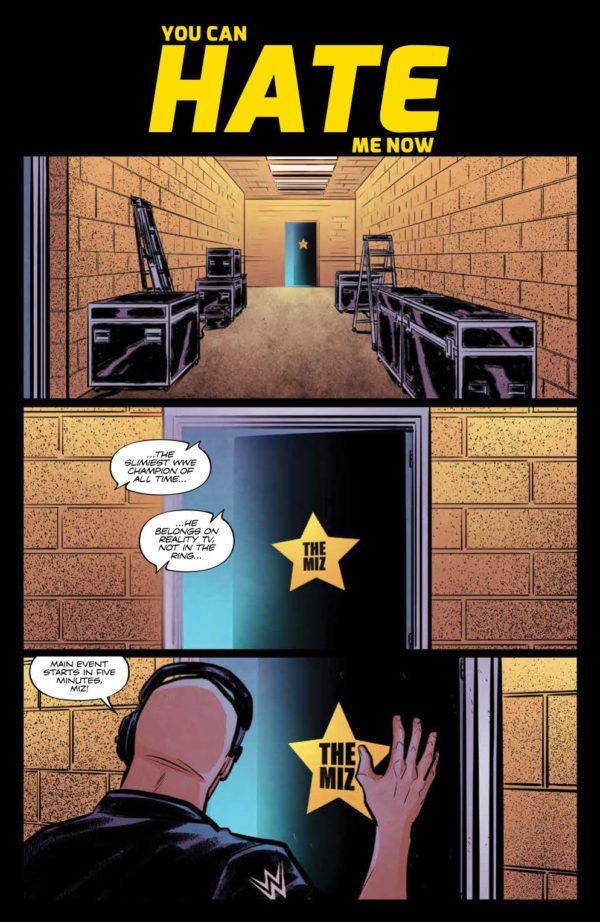 You Can Hate Me Now

The first of the four stories focuses on The Miz’s main event match against John Cena at WrestleMania 27. Firstly, this is an odd choice to kick things off. WrestleMania 27 is remembered for being one of the worst in recent history, and the main event is often listed as one of the worst in the event’s history. In fairness, though, it doesn’t lend itself to badly to the page, and a big reason for that is that they have decided to incorporate the pre-match promo package into the story.

The Miz’s ‘You Can Hate Me Now’ package, which the story is named after, is one of my favourite Mania packages and basing the story around that, and telling it from The Miz’s perspective was a good move. Michael Mulipola, the story’s illustrator does a good job of bringing the characters to life, and this helps move the story along nicely. The only real issue I have with this story is that, of all the Mania stories they could have chosen, this one would not have been anywhere near the top of my list.

When a Macho Man Loves a Woman

The second story in this edition suffers from the total opposite problem. The story is based on one of WrestleMania’s all-time great moments- Randy Savage and Miss Elizabeth finally reuniting at WrestleMania 7. The story does a nice job of building towards Macho Man’s bout with The Ultimate Warrior, and then, it just decides to skip the match altogether. This would have been fine, had they ended the story with the reunion of the iconic duo, instead, they add some silly story about Macho Man and Miss Elizabeth being pursued by Sherri at a theme park.

This all just felt unnecessary, and really took away from the opening moments. The Randy Savage/Miss Elizabeth moment is one of the most loved in the history of the event, there was no reason to turn it into an episode of The Looney Tunes. The artwork from Kendall Goode is fine, but the storytelling here is very poor.

This was the only story in the edition to really focus on the in-ring action and the comic is all the better for it. The artwork, from Jake Elphick, is different to the rest of the comic, but it fits the retro feel of the match well. This was definitely the strongest story in the comic.

Like ‘You Can Hate Me Now’ the match selected for the comic’s final story is an odd one. The main event of WrestleMania 32 between Reigns and Triple H is not held in high regard among fans, so having it close the comic was not a wise move. What is even stranger, is that the rest of the story seems kinda pointless – who really cares about Stephanie McMahon choosing her dress for the night?

It’s an odd decision and it doesn’t really add anything to the comic, or the tale of the match itself. What makes this even more frustrating is that it is arguably the best illustrated of the book. Rodrigo Lorenzo, who also did excellent work in the Survivor Series special, has an excellent ability to capture the characteristics of the wrestlers, and his rendition of Stephanie McMahon here is particularly impressive. The story’s final page, also the last of the comic, is a great picture of Triple H performing his WrestleMania 32 entrance. It’s a shame we didn’t get to see more of this, and that Lorenzo was stuck with such a lame story.

Overall, the WrestleMania 2018 special is a big disappointment. Boom! Studios have chosen very strange stories to commemorate the event, and even though the artwork is largely impressive, the storytelling certainly is not.