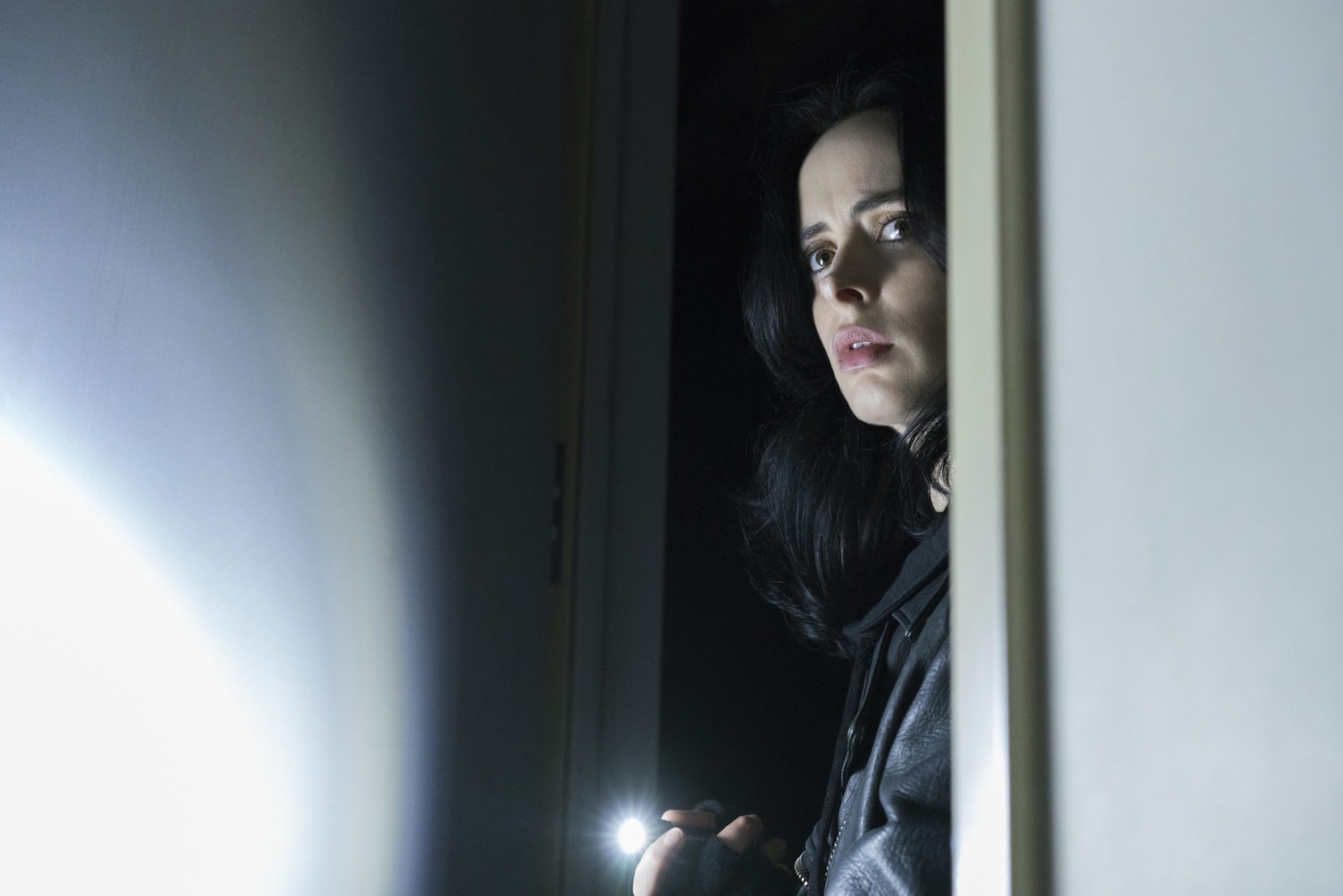 Elisabeth Vastola is a film and television costume designer, whose eye for fashion and style has most recently earned her a place outfitting the characters from the new season of Marvel’s Jessica Jones and upcoming season of Daredevil.

Vastola has also had her hands in the clothing racks on set of films and shows including Landline, 127 Hours, The Purge: Election Year, Hap and Leonard, and Beatbox, serving as the costume designer for each project. For Elisabeth, costume design goes beyond an exterior look, and plays a part into who each character really is.

She took time out of her busy schedule to chat with Flickering Myth’s own Tai Freligh about costuming for the second season of Jessica Jones and how the different Marvel Netflix shows work together in terms of tone and color palette. 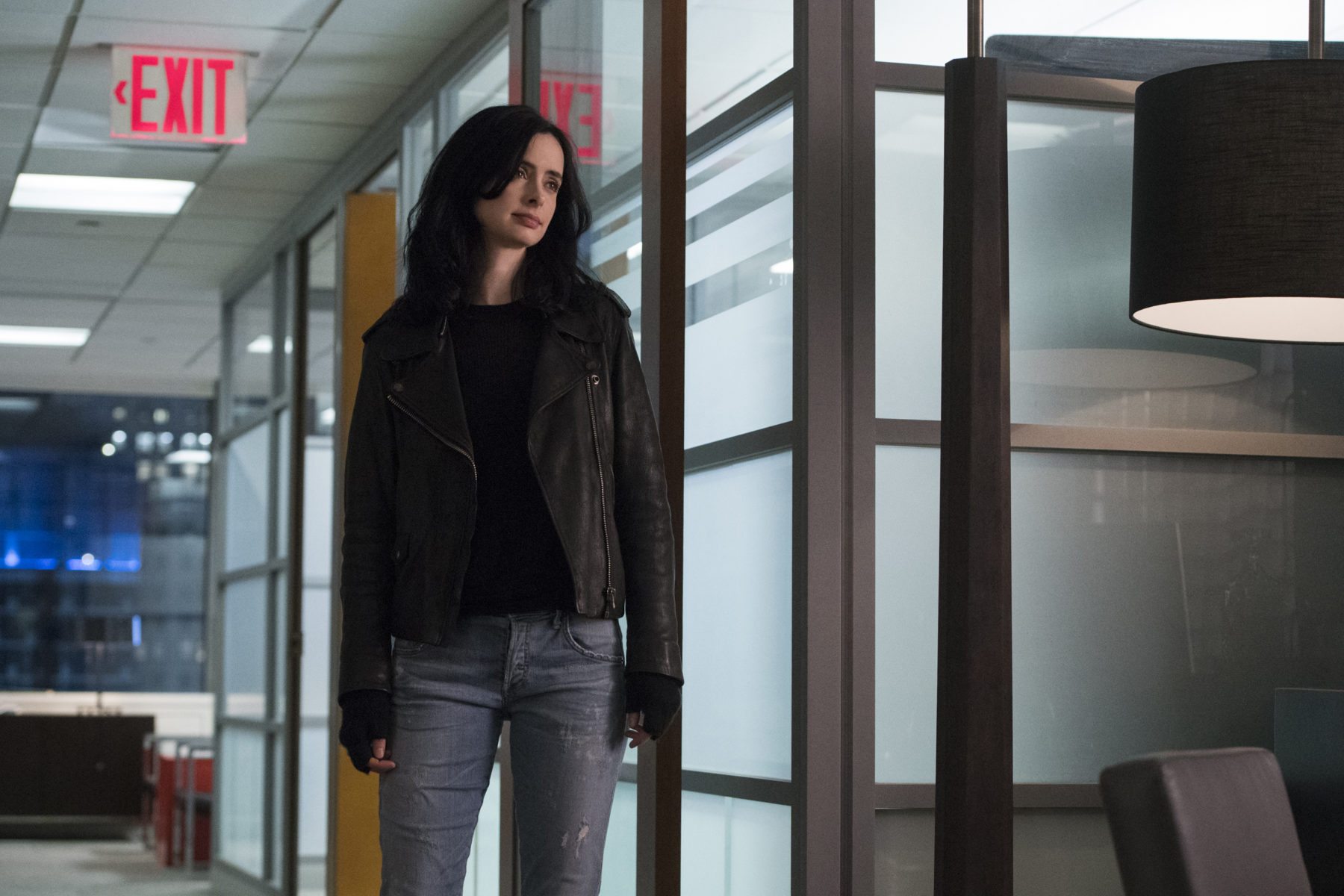 How would you describe Jessica Jones’ style?

Jessica Jones’ style is tough, rugged, part rock-n-roll, part whatever is clean(ish) and closest to her on the floor in the morning. It redefines what it means to be strong and feminine by combining a sense of power and protection while still embracing her silhouette. She wears what makes sense to her and for her – comfortable knits, tees, and tanks, with the best denim she can find, along with her go to boots, gloves and leather jacket.

Do you use different looks depending on what’s happening with the plotline?

Absolutely. A show that is stunt heavy always requires a thorough understanding of what is happening to and around all the characters, especially Jessica. I’m able to look ahead in the script and make sure that a certain costume will hit the tone and action points that are required, which is a huge advantage.

What changes to Jessica Jones’ costuming has there been in the transition from season one to The Defenders to season two?

Well the most immediate change is that I didn’t design season one or The Defenders! So I can’t speak too much to that transition. Jessica Jones season two is my first foray into the Marvel Cinematic Universe. We approached certain characters differently, but I’m hoping that most if not all the changes feel organic to the story. Even characters that stayed close to their previous closets were tweaked and adjusted a bit.

How closely do you work with the makeup department?

I work extremely closely with the makeup department, not only on everyday looks, but most importantly on any sort of dirt/blood/messiness that the characters may incur. It’s so important that whatever is in their hair, matches their face, which matches what is on the clothing, even though each element is prepped separately.

Is there a philosophy or style palette for costumes on the Marvel/Netflix shows?

I would say the most prevalent through line is that even though we are portraying larger-than-life characters and storylines, it’s important that it all feels as accessible and real as possible, across all the shows.

How does costuming on Jessica Jones fit into the rest of the Marvel shows?

Aesthetically, Jessica Jones definitely has the most overtly noir feel to it, and we are often dipping into that influence whenever we can. 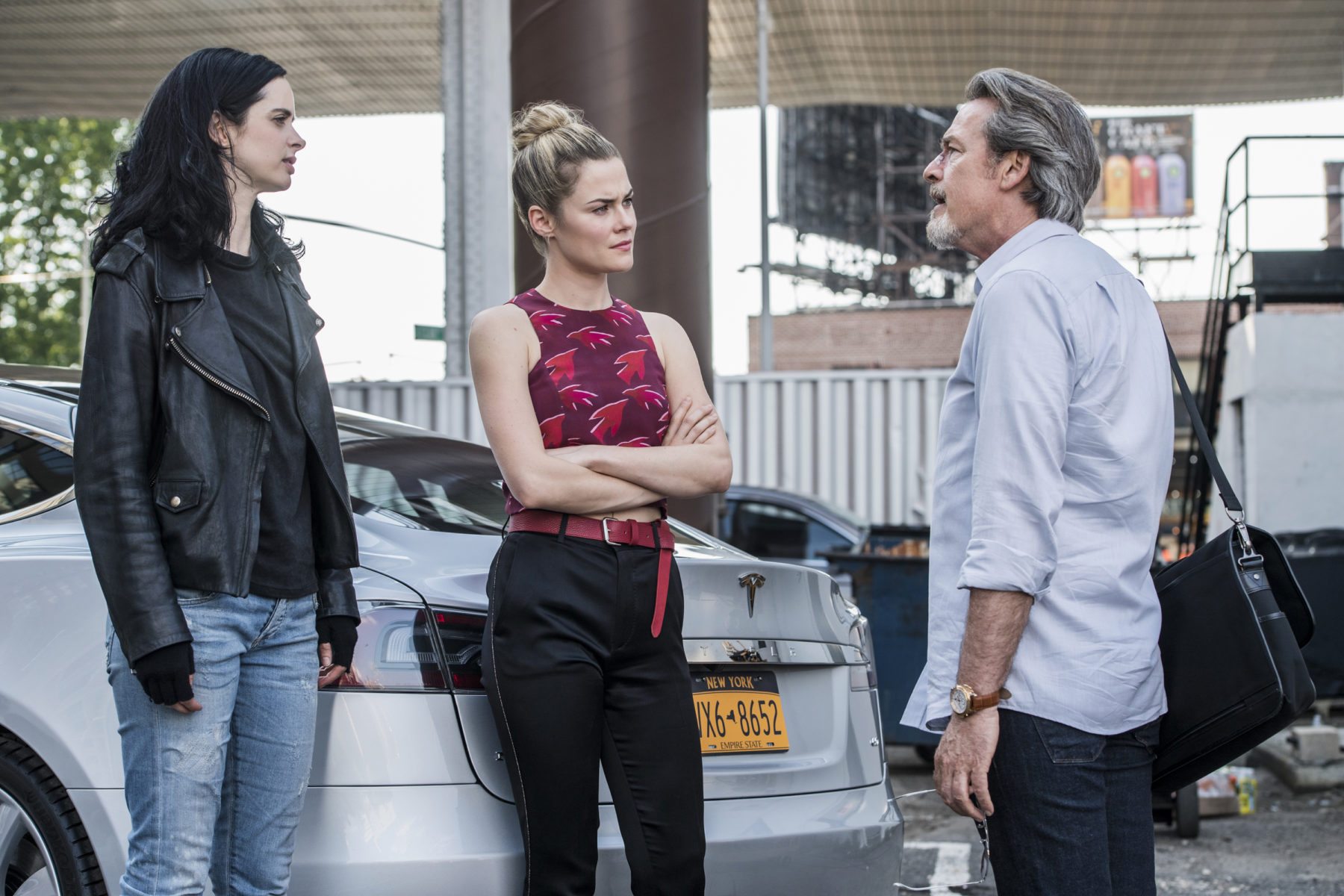 How much work is it when Jessica Jones has a cameo in another show, like when she was on Luke Cage?

The three different costume departments that handle the Marvel/Netflix shows are often passing character’s closets back and forth, depending on when a certain actor is appearing on another show. We go to great lengths to keep the look consistent between each show to achieve the sense that they are all living in the same world. And when we read new scripts for upcoming episodes, if new characters arise, often my first question is “Is this an established Marvel character? Or, is this someone in the canon who hasn’t been filmed yet?” It’s always super exciting to know you are introducing a classic character into the world, like The Whizzer in season two, episode one.

Does Krysten Ritter have input into the costuming of her character and if so, what has she contributed to the look?

Absolutely, because the bottom line is, a costume is nothing without the actor bringing it to life. And no one is more familiar with Jessica the woman, than Krysten. So everything I shop and pick out for Jessica has to feel organic to Krysten as something that would really be in her arsenal of clothes. A good portion of the beginning of the season was honestly me catching up to what makes Jessica tick and Krysten was essential in that learning process. Once we shopped and filmed episode seven, which is a younger look and a bit of an origin story for the character, I really felt like I had a thorough grasp on Jessica, and even a little ownership on the style evolution of the character.

What led you to costuming?

I had always leaned on fashion as a way to express myself in school, and I was fascinated by its possibility for storytelling. I grew up in New York and thankfully had a lot of access to the arts, and a lot of exposure to costume design as a profession. I went to college in the city for a degree in art history and literature, and because my university didn’t have a costume design academic program, I was one of the only people interested in it on campus. This meant I was able to “work” as a costume designer a lot for extracurricular projects in college. By the time I graduated I decided to just give it a go professionally, and I’ve never looked back! 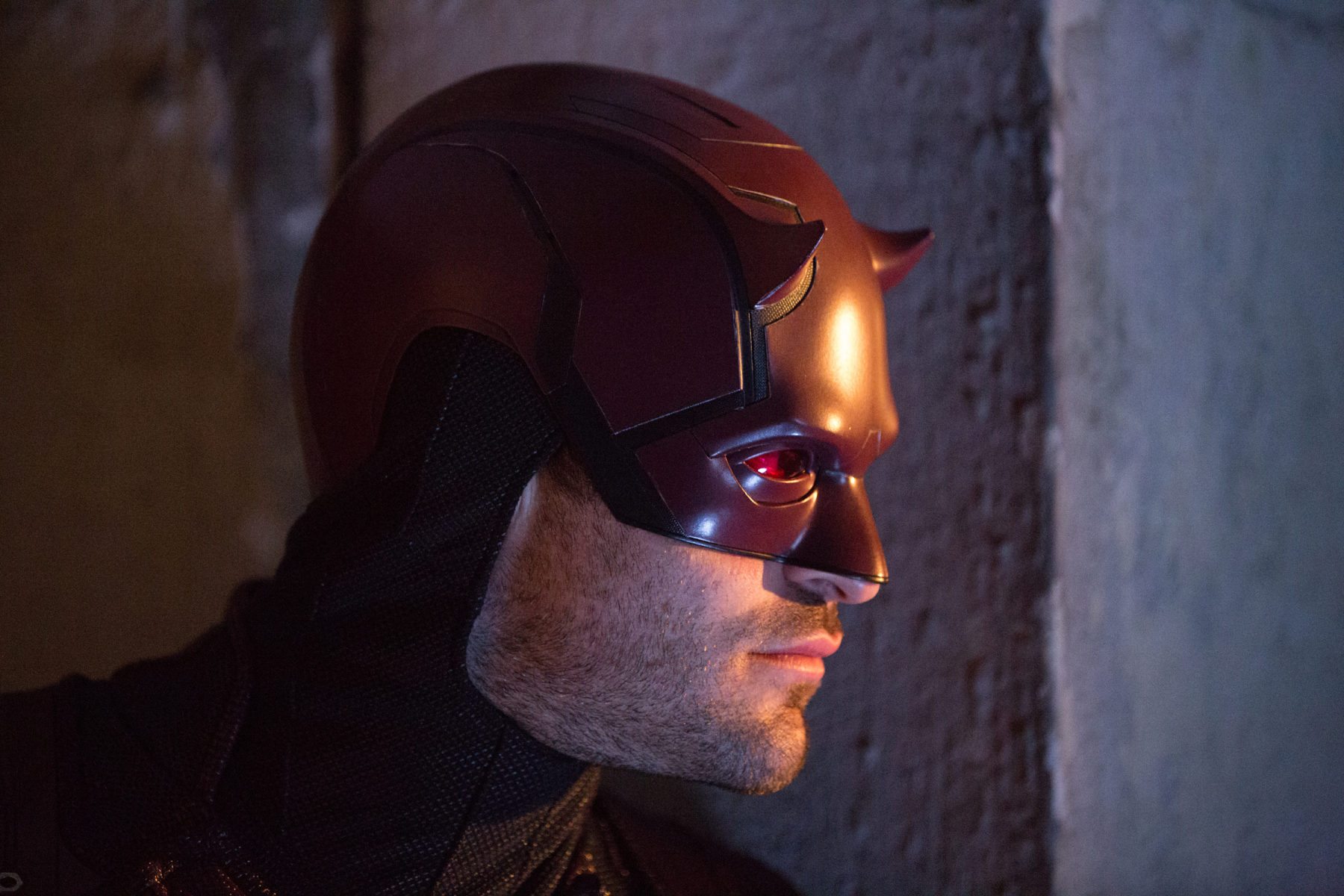 I hole up in my Brooklyn apartment with my dogs and my husband. Hopefully our favorite Chinese place is still delivering.

If not costumes, what would you be doing right now?

Who is your costume designing idol?

Favourite costume in a Marvel film?

Hela in Thor: Ragnorak. You can’t argue with that headdress. 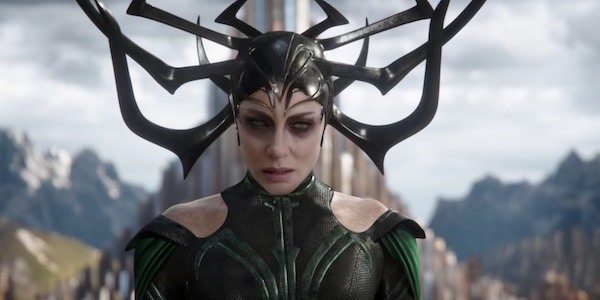 Elisabeth Vastola can be found on Twitter at @LizVastola, Instagram at @lizvastola and on her website.  We thank her for taking the time to chat with us.