Phosphene FX is the visual effects team behind The Looming Tower, Hulu’s 10-episode adaptation of Lawrence Wright’s 2006 book that tells the controversial story of the rivalry between the CIA and FBI during the rising threat of Osama bin Laden and Al-Qaeda that inadvertently might have set the stage for the tragedy of 9/11 and the war in Iraq.  They are responsible for the visual storytelling of many films and television series, including The Greatest Showman, The Marvelous Mrs. Maisel, Boardwalk Empire and The Deuce, to name a few.  Flickering Myth’s own Tai Freligh caught up with them to talk about The Looming Tower, The Greatest Showman, and more.

What was your approach to creating the effects for The Looming Tower?

AR – Early on, the filmmakers explained to us that the show’s core needed to be its characters. Consequently, for the most part, when depicting terrorist attacks, the show will focus on the before and after of the attacks, rather than dwelling on the moments of the attacks themselves.

In many of these scenes, archival news clips are intercut with shots filmed by the production team, so our role was to augment this production footage with digital environments and elements that would make them cut seamlessly with the archival footage.

This took the form of digitally collapsing buildings around the US Embassy in Nairobi, modeling and rendering the USS Cole, recreating the chaos of a Y2K celebration in Times Square, and helping digitally recreate the World Trade Center lobby and plaza. This work was supplemented by a host of smaller, invisible effects to help tie the story together and sell each of the filmed locations as the locations they depict in the story. 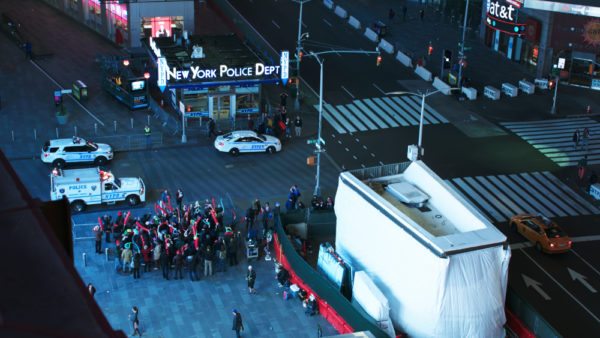 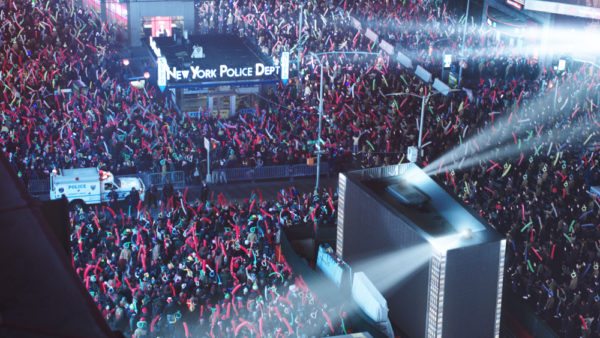 How realistic did you want to get on TLT?

AR – For every VFX shot, our process began and ended with a review of archival footage and photos to make sure we matched reality as closely as possible. In cases where blueprints were available, we would build our CG off of those. Unlike other period shows we’ve worked on, where we recreated scenes from other eras, The Looming Tower features events that exist in living memory, which we all felt raised the bar for getting the details right. 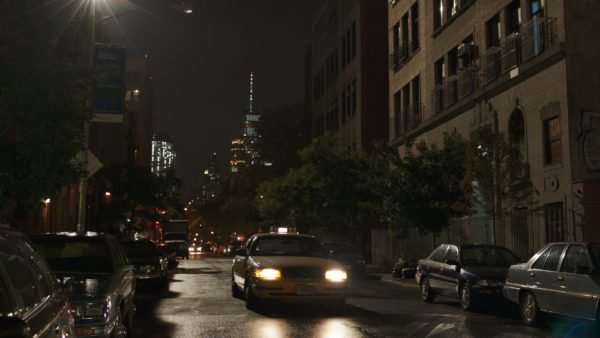 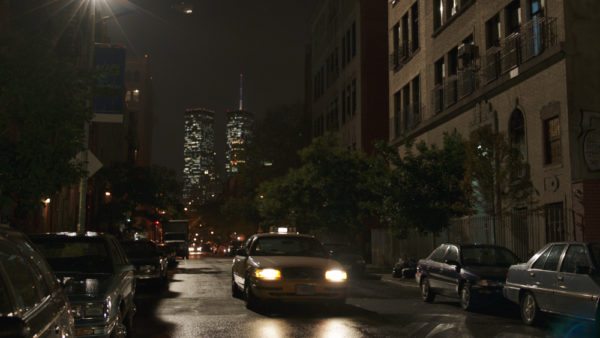 What is the role of visual effects on a show like TLT where it is reality-based and not fantasy?

AR – The show is really about the human decisions, insights, and weaknesses of the characters we follow. The few moments when we pull the camera back to show the full scope of the events we’re dealing with were chosen judiciously, and the VFX in these shots were always used to match reality – not to oversell the spectacle any one direction.

In The Greatest Showman, how much of the circus freaks are VFX and how much is makeup/prosthetics?

SW – The majority of our work on The Greatest Showman was doing audience tiling for the shots of Jenny Lind singing to packed theaters. There were around 200 extras in period costume on set, which we tiled to populate thousands of seats across the three tiers of the theater. John Bair (Phosphene’s Creative Director) and Mark O. Forker (the show VFX Supervisor) arranged them in various configurations and shot plates using production cameras, as well as additional elements with a DSLR camera, to help fill in the gaps.

A couple factors made these particular scenes a greater challenge than typical crowd tiling shots. In order to capture the cone of the spotlight shining on Jenny Lind, the production team pumped theatrical smoke into the set, which added softly moving smoke to all of the plates and very delicate lighting gradients across the whole theater. In addition, the production shot using high-end Alexa 65 cameras: large-format cameras that capture incredible tonal ranges and amazingly delicate details. In combination, this meant that a lot of shortcuts and tricks that we could normally use to hide the seams in our tiles wouldn’t work. We spent a large amount of time animating subtle color grades to tie the various crowd elements together to create pixel-perfect shots. 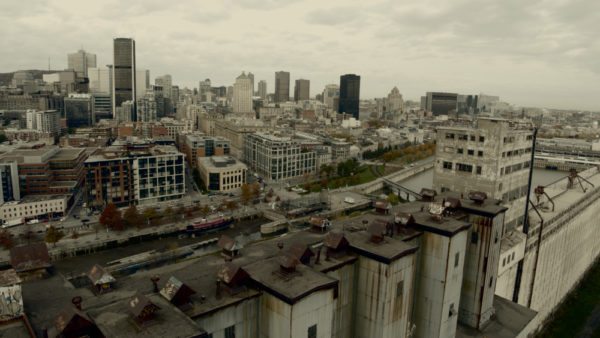 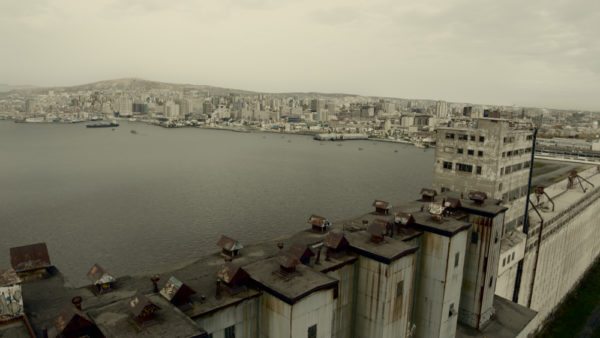 Talk about how you create a CG environment or set extension. What’s involved?

JB – When beginning the creation of an elaborate CG environment, the most important first step is doing research. A CG environment can be many things, from fantastical worlds to precise recreations of historical buildings and locations, so the research can be wide and varied. We strive to be as accurate with CG environments as possible, and typical research might include analyzing and incorporating architectural plans, studying reference photography which is pertinent to the environment, and digging into any written research which might better illuminate the world we are creating or expanding.

The next steps focus heavily on asset and data gathering. When shooting a location that is to be expanded via CG, we take copious amounts of photography for texturing and reference. We study and record the lighting at the location, and we measure everything possible; this often takes the form of scanning an entire location via LIDAR so that we have a base CG model to begin building from. Once we are back in the shop, the virtual creation of the environment begins in earnest. Drawing upon the foundation of research and reference, the CG artists first fabricate the foundation and basic structure, then refine with detailing, texturing and lighting. In tandem, we are frequently building additional CG effects to enhance the landscape, including atmosphere, smoke, haze, fire, or water.

All the various puzzle pieces are then put together by CG compositors. At this point, another layer of artistry is essential. We might look at a shot that was created in a technically correct fashion but sense that something is missing. In this case, we’ll begin to take some artistic license, pushing things in a certain way in terms of the look or action to help a shot resonate with the desired emotional impact while properly servicing the larger story. Ultimately, every incremental step is essential when creating a CG environment, but it is often this final 10% that is the most challenging, exciting and rewarding. 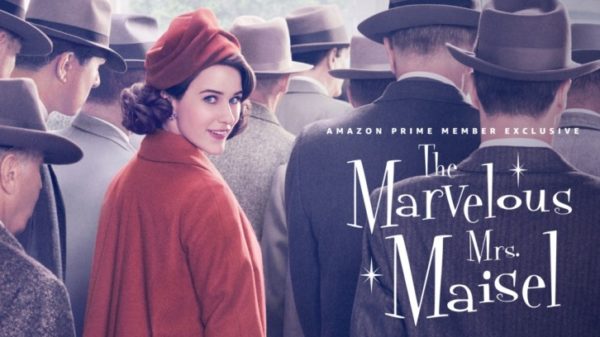 What kinds of effects were you doing for The Marvelous Mrs. Maisel?

JB – Working with Lesley Robson-Foster and her team, we created several set extensions and environment enhancements. Set in the late 1950s, the show was shot in and around New York City with some amazing locations and sets that needed a little tweaking and nudging to push them back in time.

Tell us about the things VFX guys do in movies and television shows that the average person doesn’t realize is VFX?

JB – I suspect that the level of environmental augmentation that exists in movies and television goes far beyond what most viewers realize. These invisible effects, including virtual environments and set extensions, are nearly omnipresent, especially on larger productions. If we’ve done our jobs well as VFX artists, they blend perfectly into the world of the film or show, and the audience simply accepts them as a complete and tangible locations.

SW – Nearly every time you see the screen of a TV or computer in a shot, the content has been placed or replaced by VFX. Also, many films and shows will be sprinkled with “editorial stitches”, where we combine multiple takes of the same shot to alter timing or use the best bits across multiple performances. In good hands, these kinds of stitches can help create meaning or heighten the immersion and impact of a shot.

What projects do you have coming up?

JB – We worked on HBO’s Fahrenheit 451 directed by Ramin Bahrani, Dan Fogelman’s Life Itself and John Cameron Mitchell’s How to Talk to Girls at Parties, all of which will be releasing soon, and we have several exciting projects currently in production. 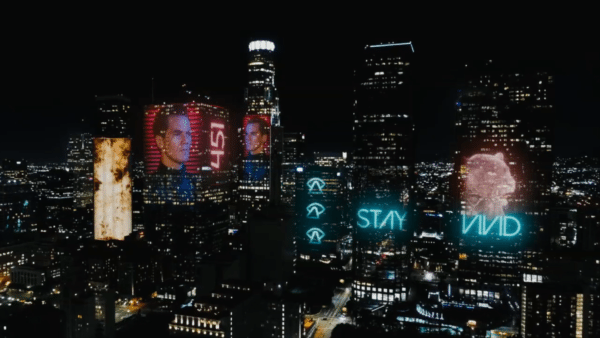 JB – Based on years of watching every possible zombie film, I’ve determined you have the best of chance of survival if you start with a trip to the local pub.

SW – I’m imagining a 28 Days Later scenario where a zombie-like infection spreads via a virus. We all work in New York and take public transit, so I suspect that we’re screwed.

Name one visual effect from a movie you wish you’d thought of?

JB – I think it would have been incredibly exciting to have been part of the team that created the trench run on the Death Star in the original Star Wars. The advent of motion control cameras combined with spectacular model work and clever photography resulted in a radically dynamic, tense and breathtaking scene that remains effective to this day.

AR – There is so much incredible work being put out these days and I often walk out of theaters completely floored. Just to name one, I think about the Memory Maker scene from Blade Runner 2049 a lot. It’s this delicate mix of both complicated and basic VFX tricks sequenced with perfect editing and sound– all to explore the poetry of kids blowing out candles on a birthday cake.

If you weren’t doing VFX, what would you be doing?

JB – Something in the realm of design and fabrication. In the film world, perhaps that would be production design, and outside of that… possibly designing and building furniture?

SW – Sleeping. Conceivably in a bed frame that John designs.

In your opinion, the best visual effects master of all time?

JB – The craft of visual effects is a very collaborative one with a long and storied history, and I think it is impossible to deem anyone as the greatest master. That being said, the visual effects films of the late 1970s and early 1980s were very influential to me and many others, and pioneers of that era certainly come to mind. People such as Dennis Muren, Richard Edlund, Phil Tippett, Douglas Trumbull and John Dykstra were part of a collective force that rapidly advanced the art of visual effects during that period and beyond. 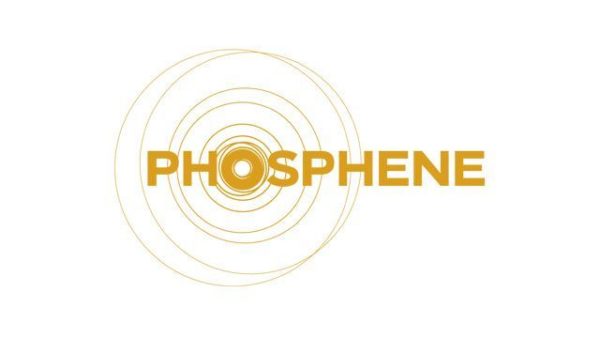 We thank the folks at Phosphene FX for taking the time to chat with us.  You can find them on Twitter and Facebook.