Emma Withington gets hands on with Underworld Ascendant…

Upon entering the ‘Stygian Abyss’ I had picked up some suspect fish, a cheese wheel, and smashed some plates like a good ‘un. You could be mistaken for thinking that I’m describing a playthrough of Skyrim, but Underworld Ascendant‘s debut predecessor – 1992’s Ultima Underworld – is the innovator that gave birth to the RPG monster we’re so fond of today. From the entire Elder Scrolls series to Fallout, BioShock, Dishonoured, Dark Souls, and an absolute sink-hole full more. Can gaming’s Frankenstein bring the classic dungeon crawler forward in time and stand tall among the legions of its present-day brethren? 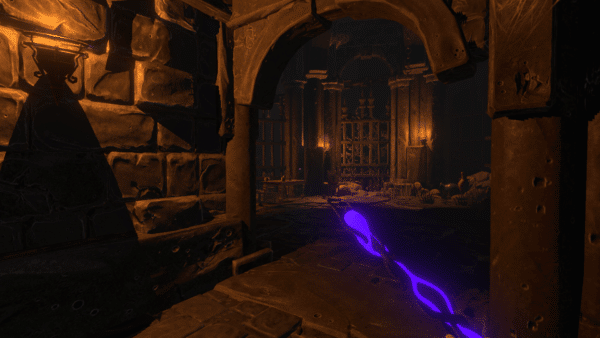 Published by 505 Games and developed by OtherSide Entertainment, Underworld Ascendant boasts a team whose collective works include: BioShock Infinite, Thief, The Last of Us, and System Shock – not forgetting OG Ultima Underworld creators, Paul Neurath and Warren Spector. Not too shabby, eh? Set for release on PC later this year, following a successful Kickstarter campaign, it’s time to resurrect the dungeon crawler.

I seek not to teach you, but to make you think.

Focusing on player-crafted creativity and individualisation, Underworld Ascendant encourages problem solving without holding your hand – something frequently attributed to the Dark Souls school of thought in today’s world. However, Underworld Ascendant, takes this idea deeper – quite literally, as you enter the subterranean world – allowing for a seemingly infinite level of immersion. 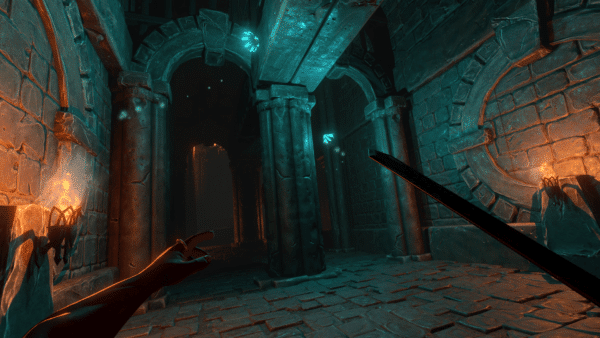 Beginning with just a simple idea, a locked door to pass through – the overlord narrator suggests fire is the key. So, of course, I span a brazier dangerously close to my face with the aim to set it on fire. It worked, leaving me with just a couple of third degree burns. This led into a couple of classic switch-based puzzles, each with their own unique twist – for example, you posses a wand which can alter the physical properties of an object. This could solidify a wobbly plank to enable safe passage, perhaps? Or make something heavier to apply the right amount of pressure on a switch? All the while our overlord speaks in riddles, as you encounter new challenges.

Even at a basic level, these opening aspects of the dungeon present a variety of methods at your fingertips – if you realise they are available. For instance, a distant lever across a chasm needed to be activated, so some sort of projectile was necessary to flip it. Instantly plates, bowls, and fish were flung in its general direction – eventually succeeding with one of the remaining dishes. Turns out, you are equipped with a bow which could have been used here – but even this seemingly minor realisation presents a whole new way of progressing; dousing out lights with water arrows to avoid detection, for example. The enormity of the challenge facing this world requires cleverness, creative reasoning. Not the same tired solutions of the past. Many are good at killing, but lack the ability to out think. More than survival is required; you must adapt, evolve, ascend.

This final room in the preview build requires what you have learnt thus far to complete it; running in screaming isn’t recommended. You know the saying, ‘skeletons never forget’ – or is that elephants? – anyway, if these guys see you, and they are incredibly sensitive (bless), they will come for you instantly. No escape, with a detection rate that makes the Elder Scrolls enemies appear friendly. Thankfully, I discover that I carry a sword…

From the stealth approach to creating floating bridges, or setting traps – this one room alone showcased the emergent gameplay, as you realise this is just the tip of the iceberg in Underworld Ascendant. This means that there are a multitude of solutions unforeseen by the developers themselves, and with this dangerous knowledge acquired you really can try anything. Do you time yourself to run through a gauntlet of swinging death-traps, or find an ingenious way of progressing forward? Without making like PS1 Tomb Raider and going splat.

Finally, I am ‘measured’ by my methods – there are three classes in the game: Mage, Thief, and Fighter, but you never specialise into one, nor are they introduced as something you should be consciously thinking about. Naturally your playstyle may dictate that you are more inclined to stealth or magic; I had been measured as stealth and environment focused, but as a player it is crucial to adapt with the environment you are in. 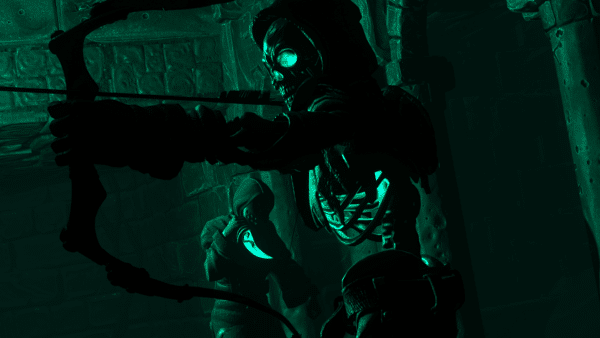 Underworld Ascendant takes the immersive sim forward in what looks to be a malleable, intuitive experience and we have been able to touch on a mere sliver of what’s to come. The return of Runic Magic is teased, along with the idea of changing the ecology of the world – which will create chain reactions that ripple all the way through the environment, affecting you and others inhabiting the abyss. Underworld Ascendant adds levels of ingenuity that makes us want to see more, and certainly throws back to the 90’s classic with its distinct, unsettling atmosphere – which has a strong, irresistible allure.

Check out the developer diary on crafting Underworld Ascendant below: