Last weekend Meow Wolf gathered all the Galaga Champions from around the globe and invited them to Santa Fe, to compete in Score Wars.  With a full-weekend packed with classic arcade goodness, including named record holders in attendance, this event was bound to be something special.  The main event however was to find the Galaga World Champion and stepping up to the cabinets were three players:- one from New Zealand, a player from Australia and the final player from the USA.  Below you can see who was crowned champion of the Galaga World… 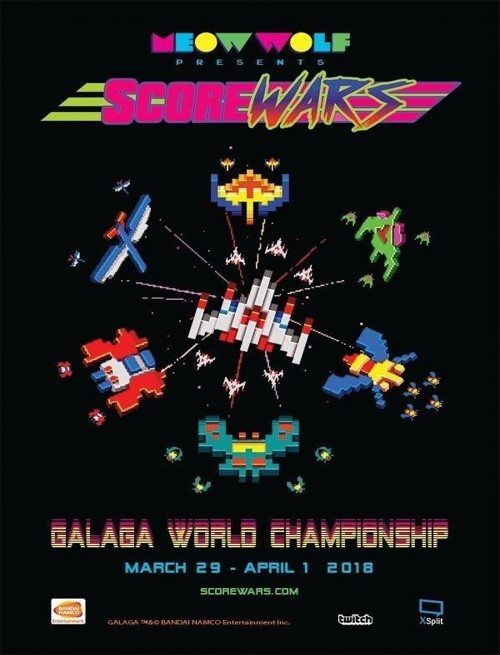 Over 300,000 viewers tuned in to the Score Wars action that saw the best of the best come together and compete across two days of competitive play, the pro-level competition eventually saw New Zealand’s Andrew Barrow triumph over USA’s Armando Gonzales in a true clash of the gaming titans that pushed the apex of skills and reflexes.  Andrew Barrow now walks away from Score Wars with the $10,000 pro prize and the title of GALAGA WORLD CHAMPION ! 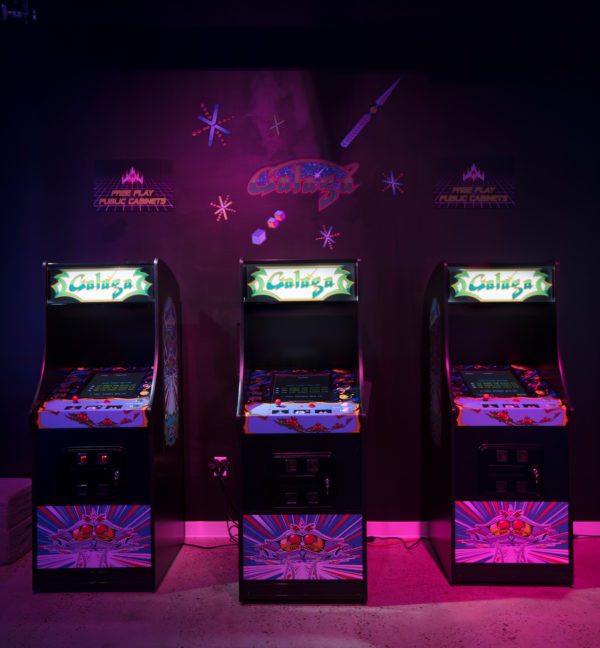 Outside of the heated pro-level Galaga showdown, Score Wars stamped its name on the competitive gaming scene, with not one but four world records being carved into gaming history by the legendary players that Meow Wolf had brought together to celebrate The Golden Age Of Arcade Gaming. Hector Rodriguez & Donald Hayes both broke records they previously held for Track & Field and Centipede respectively, while Man Vs Snake legend, Tim McVey absolutely rampaged through his own record for Nibbler in an incredible feat of skill and endurance. Finally, John McAllister dethrones the previous world record set by Brian Nelson for Asteroids in 2016. The new world records at the climax of Score Wars are:

All world record achievements were officially adjudicated in accordance with Twin Galaxies official competitive guidelines and overseen on-site by a member of the Twin Galaxies editorial team.

Score Wars will return in 2019 for what is set to be one of gaming’s most exciting, creative and visually astounding new events.