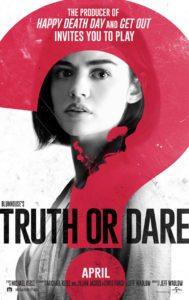 A harmless game of Truth or Dare among friends turns deadly when someone — or something — begins to punish those who tell a lie or refuse the dare. 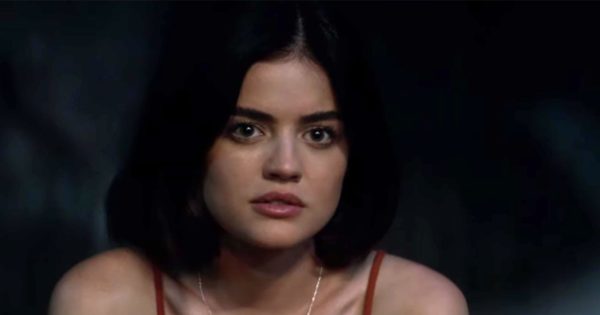 This is a strange weekend at the box office where the wide releases are an adaptation of a video game franchise that probably no one asked for (Rampage), and a film based on the traditional party style antics of truth or dare reimagined as a horror experience. To be fair, Blumhouse’s Truth or Dare functions more as a comedy, both intentional and unintentional humor, that’s not as completely dumb as one might rightfully expect just from hearing about its existence.

Director Jeff Wadlow (Kick-Ass 2) apparently is aware of how stupid this concept is (there are a host of writers including Wadlow himself all working from a story by Michael Reisz), so he rarely allows the material to be taken seriously. The gist of it is that six college bound teenagers head to Mexico for a week celebrating their last spring break together (rarely does it need to be pointed out that adults are portraying characters far younger than themselves, but here it is initially distracting noticing that absolutely none of these people look like teenagers, and upon further research most of the actors are in their late 20s/early 30s) find themselves having one last hurrah of drunkenness, where Olivia (Lucy Hale of Pretty Little Liars) encounters a stranger (Landon Liboiron) who leads them to an abandoned mansion encouraging everyone to play the titular game. 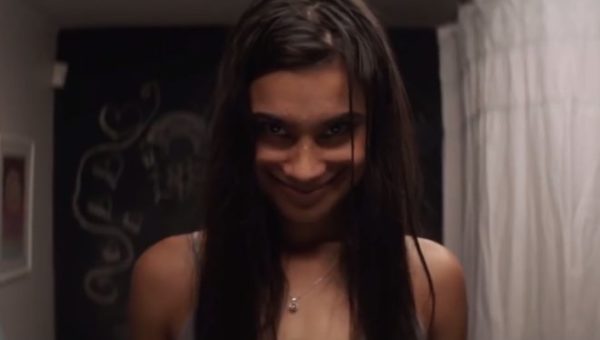 However, truth or dare has followed them home as a curse; each of the six teenagers (all just as terribly acted as the adults) hallucinates demonic forms of either their friends (complete with distractingly funny smiles intended to elicit fear), objects (this is where the movie gets most creative, utilizing everything from building graffiti to technology in order to get a round of the game started) and ideas. If one refuses to play, the words “truth or dare” inexplicably become emblazoned onto that person’s flesh. If an individual refuses to tell the truth or perform the assigned dare, then they meet their demise in the form of some lame PG-13 Final Destination style death shenanigans. Also, to prevent the unlucky souls from cheapening out of the deadly experience by consistently selecting “truth” as a far more safer option (although there are some ugly secrets locked away in the closet), two “truths” in a row will lock the next player in the rotation into a “dare”.

What ensues are ridiculous scenarios like a woman finishing off a bottle of vodka while slowly walking around the perimeter of a house roof while the rest of the teenagers frantically run around the ground area collectively holding a bed mattress in case she falls. There are numerous times when watching Truth or Dare where you’re not sure if what you’re witnessing is admittedly imaginative or downright stupid. At first, viewers might groan at the prospect of these challenges exposing weaknesses in the various friendships making way for a love triangle, but in the film’s defense, it does occasionally have something worthwhile to say about the virtues of honesty and how dishonesty can tear people apart. Some of the late secret reveals do make moments a bit hokey, but thankfully not for long. Keep in mind, most of Truth or Dare is nonsense, but what’s most important is the filmmakers tried to have fun with it while giving it a mild amount of social commentary. Honestly, that is miles more than I anticipated coming into the damn thing. 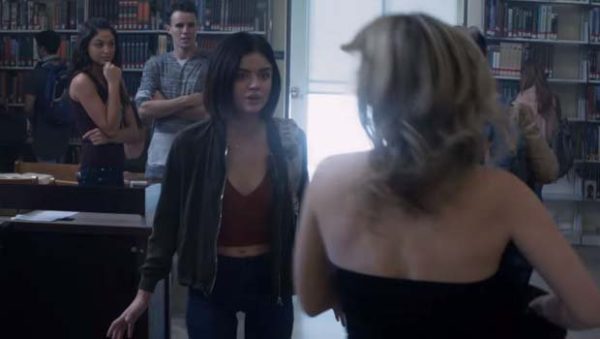 Still, this is also a movie where someone commits suicide outside of an office surrounded by his friends, where literally the next scene cuts to those same friends back inside one of their own homes talking things out, not questioned by police at all even know they were present at the time of death screaming and banging on the door to help. On a related note, it comes across distasteful to watch a movie where viewers are supposed to get excited at the thought of a potential suicide once a character fails. I won’t say that these teenagers aren’t likable, but they certainly won’t have anyone cheering for their survival. They are fodder for the premise, which works since this is horror.

Truth or Dare also frustratingly decides to go the route of having the Internet easily find all of the answers related to the supernatural phenomenon. When they finally do start Googling the information you can’t help but wonder why they didn’t as soon as their first friend died. Regardless, as a surprise to no one, it takes them back to where the game began for a ludicrous finale that jumps the shark but not before ending on a genius note leaving the door open with humongous promise for a terrific sequel. Despite not actually being scary and sometimes howlingly dumb, Truth or Dare is idiotic, intermittently smart, hilarious fun, and could easily become the next big franchise for Blumhouse.