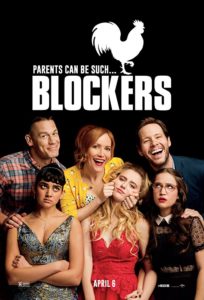 Three parents try to stop their daughters from having sex on Prom night. 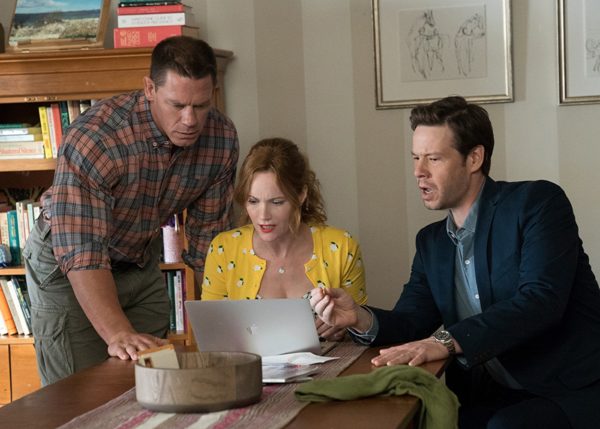 Preparing young adults for their first sexual encounter is as awkward as life lessons come, and while parenthood is not necessarily a requirement to relate to these party-ruining cockblockers, it certainly is going to amplify the volume of the numerous and consistent laughs to be found. Director Kay Cannon (most known as a writer on the Pitch Perfect series) has accomplished a great deal to admire with her debut feature Blockers; not only is it the rare teen-sex comedy from the perspectives of young women, but it challenges society’s archaic perception of sexuality. From a mainstream marketing trailer, one might get the idea that the parents are the heroes of the story and that interjecting themselves into high school experimental shenanigans to rightfully prevent their blossoming children from making a “mistake” on Prom night is the proper course of action, but they are actually the villains, mentally stuck perceiving women losing their virginity, and generally getting intimate, all with a negative stigma.

This material is also handled with sensitivity and respect, as writers Brian and Jim Kehoe successfully render the characters as outrageously real, distinguishing individual adults and children from each other, and not just in terms of physical appearance. Each of the three young woman (played by Kathryn Newton, Geraldine Viswanathan, and Gideon Adlon, who all turn in tremendously authentic performances) are at different stages of preparation for intercourse; one is courageously ready to go all the way with a boy she has a genuine connection with, while the other two sign up for the #SexPact with trepidation stemming from of one of school’s greatest enemies, peer pressure. The result is a random chemistry partner being asked out to prom with intentions of meaningless sex, and a conflicted and sexually uncertain probable lesbian ready to try it out with her equally dorky boyfriend. 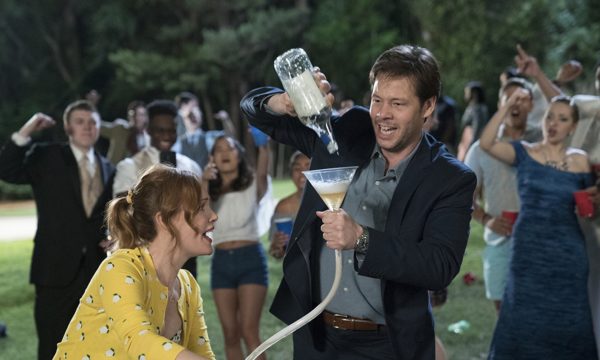 Another reason most of the proceedings largely work is due to the comedy’s choice to not go a dark and cynical route; in the age of #MeToo and #TimesUp, and even accounting for whenever the film was actually written, it would have been easy to paint the boys as horndogs anxiously awaiting their moment to get laid, making them unlikable in the process, but they are surprisingly respectful and repeatedly ask the girls if they are sure about what they claim to want. Kay Cannon commits to making a statement about the double standards of sex, always presenting the parents as the antagonists. They are convinced their children will make a wrong decision and potentially ruin their lives (in some cases, this is the parents projecting their own insecurities and shortcomings in life onto their own kids) when all everyone really needs is to develop trust. More specifically, trust that their offspring will use their intelligent brains and act appropriately regarding sex.

I’m not going to grab a megaphone and speak for all women, but I think that most would agree with me when I say that sex does not have to be some taboo occurrence that females have to feel bad about (AKA slut-shaming). Kay and the writers understand this; it should come as a no-brainer that the situational humor is often derived from sex, but even something like the seemingly obligatory graphic dick shot is hilarious here. Adults play Marco Polo style partner searches in the nude, the script has a grasp on emoji language without ever feeling like a forced attempt to be hip, and parents consistently have what must feel like dances with death as they frequently come across their own flesh and blood down to fuck. Although sex is trying to be stopped around every corner, Blockers is also very much a celebration of physical intimacy. 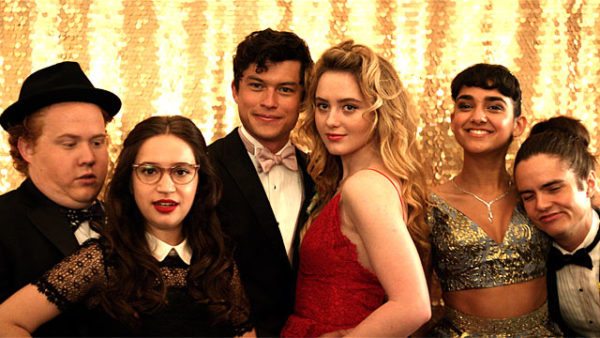 One hell of a cast has also been assembled, featuring Leslie Mann playing a lonely divorcee not mentally equipped yet for her daughter to travel away for college, John Cena as a super sensitive mountain of a man (his naked legs alone are the size of statues) who views himself as a life coach to his daughter and is game to buttchug alcohol if it means he will be one step closer to maintaining her virginity (this segment is instant classic hilarity), and Ike Barinholts separated from his wife and distanced from his daughter but also the only parental figure aware that she is gay. It may seem like there is a lot going on with all six of these individuals, but the script superbly balances it all to allow for emotional catharsis and satisfaction to every plot resolution. For a movie that only spends roughly a fourth of its running time centered on a subplot of coming out as homosexual, Blockers does as damn good a job as the recently released Love, Simon portraying the dynamic as a relatable and seriously handled struggle.

Obviously, Blockers is the opposite of subtle, boasting a number of over-the-top sequences including a car chase involving vomit spraying everywhere, but no matter how absurd things get the film’s heart is always in the right place. Blockers is the rare mainstream comedy that actually has a damn purpose and a reason to exist beyond selling tickets. There are minor quibbles here and there (the film somewhat shrugs off the fact that one key student is notorious for concocting and selling narcotics, and treats him as a reliable partner during the ending), but this is a nonstop laugh riot that wastes not a single performer of its outstanding cast. John Cena’s calling is playing off his unparalleled physique to poke fun at himself. Hell, even the damn limousine driver had me in stitches. Kay Cannon clearly knows how to bring out the best in everyone and is a director to watch.